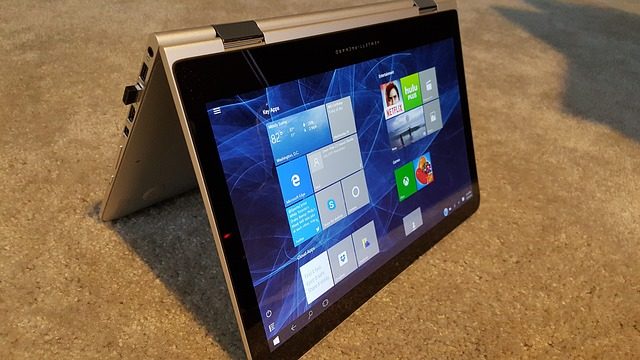 When and Why were Screensavers Created?

Screensavers for Windows 10: Most of us became familiar with screensavers with the popularity of the iconic windows XP however Screensavers have been around a lot earlier than XP. The first screensaver was created for IBM PC by John Socha in 1983, a simple screen blanking program that used to blank the screen after a specific period of inactivity. From then on screensavers became more common and much more innovative.

At first, the purpose of screensavers was to save the traditional plasma and cathode ray tube (CRT) monitors from screen burn. The technology used in the traditional computer monitors was susceptible to screen burn if an image was displayed for too long due to user inactivity. Screensavers with a random moving animation or screen blanking protected the monitors from getting damaged.

Although modern screens like TFT, LCD and LED technologies don’t have the screen burn issue, screensavers are still in use some of the reasons they are still in use and are popular among the users are:

Screensavers used in an office environment can provide the user with privacy, especially if the user has to leave his/her computer frequently to do other tasks. The screensaver will pop in after user in activity protecting the screen from your coworkers and other people.

Screensavers can be set to ask for the password once they are activated. This is an added security feature that can be very helpful in a working environment where your computer can be exposed to other people when you are not around. This can protect the private information on your PC

Innovative and humorous screensavers can lighten the mood in a stressful work environment and put a smile on your face.

Screensavers displaying clock, time and date are one of the most developed and used screensavers. Some can also display useful info like weather conditions and outside temperature.

Screensavers can be configured to activate useful background applications like virus scans and other distributed applications on networks. One of the common examples is torrents client launch as soon as the screensaver is activated.

Although Windows 10 comes with a collection of screensavers or screen lock images and slideshows, we have put together a list of some awesome windows 10 screensavers for your computer and laptop. Download and enjoy the screensavers:

For some, the most appropriate use of their computer screen when not in use is the clock. Fliqlo is a clock screensaver that can display the current time. The simple yet classy screensaver can show the time on screen and can actually help you catch up with your busy schedule in a single look. You can change the font size and switch between 12 and 24-hour time format easily.

Living marine aquarium was an instant hit and now an improved second version is available on the internet. A visual fish aquarium screensaver with 18 different species of fish and sea creatures can be a calming experience.Number and species of fish and sea creatures like sea horses can be customized. Option to choose the type of tank is also available

The green code screen of the 1999 blockbuster movie ‘The Matrix’ is a treat for the fans. It is particularly popular among the coders, developers and IT personnel. The raining green digits changing quickly represent the matrix activity as depicted in the movie. The screensaver can be downloaded for free

‘Aerial’ for windows is based on Apple TV screensaver; it was originally used by Apple TV and later developed for Windows 7, 8 and 10. It features aerial shots and small video clips over some of the most popular cities and regions of the world including Hawaii, San Francisco, New York City and China. Aerial gives you an option of playing a different video shot each time the screensaver is activated.

Based on the 2011 hit film by Disney, the screensaver shows some of the most awesome scenes of wild African cats. The glimpses of the stories of African lions and cheetah families covered in the movie are captured and displayed without background music

For 90’s kid, it’s the perfect screensaver. Brings back old memories and puts a smile on anyone’s face. Based on the hit Nintendo game Super Mario, the screensaver shows the gameplay of level 1 in world 1. As soon as the screensaver is activated Mario can be seen jumping over pipes and collecting coins.

The fireplace is an animation of slow and seamless burning flames in a fireplace. The theme of dancing flames on pebbles with dark background gives the appearance of a fireplace with continuous warmth.

Old steam engines and locomotives going through the American countryside can be your new screensaver. The Western American states like Idaho, Texas, and Nevada are shown with moving trains are shown with enhanced graphics and appear to be in 3D.

Earth 3d screensaver can transform the computer screen into a space view of the earth. The planet is shown with the most jaw-dropping angles in 3D animations shot by NASA. The rotation of the Earth, geography of the continents, and movement of clouds in the atmosphere and the vastness of space in the backgrounddo not let you change the screensaver.

A soothing animation of flowing River with crystal clear water is a much enjoyable screensaver. The high definition HD screensaver is a realistic animation of a natural river. It also features an analog clock on the corner.

Even if you don’t like our collection of screensavers you can always construct your own with many online available screensaver editors and tools. Be careful when downloading screensavers as a number of viruses, ads and other unwanted programs can be downloaded with them and can create problems. Many free screensaver sites are plagued with unwanted ads and browser add-ons that can be very difficult to remove once installed.

10 Great Ways to Get Followers on Social Media in 2021

Is It Worth the Trouble? Why Use a VPN at All?

The Best Proxy Sites And Mirrors For The Pirate Bay (TPB)

Buying Instagram Followers, Likes, and Views: What You Need To Know

Essential ROI Formulas that Every PPC Manager Should Know