One of the most popular items which are currently on the trends of the world are the animated videos. Even the small, as well as the large marketers, are all interested in the concept of whiteboard animation. There are many different people who think that animation is one of the best ways to make sure that the viewer’s attention is captured.

Also, you will be able to spread your message across a very large platform and attract more and more viewers. Its been recorded that by the year 2020, about 80% of all the internet traffic will be motivated by the video marketing- and it is evolving with every passing date. 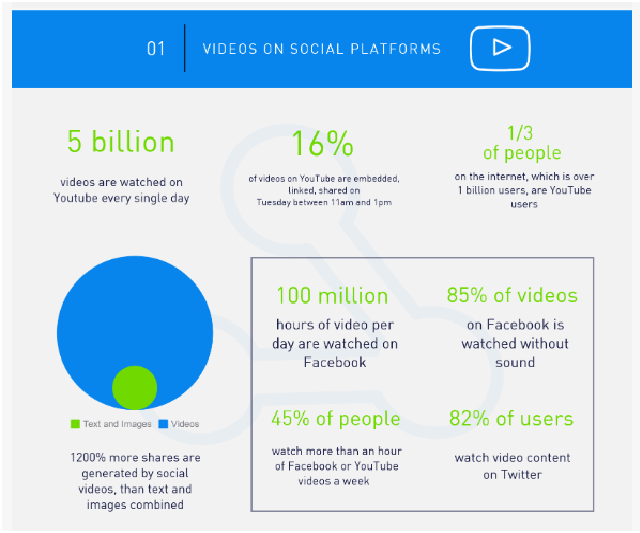 Gone are the days when animated videos used to be a bit of a novelty during the times. However, the times have certainly changed, and there is simply not a single doubt about the fact that almost every single person in any field is using the power of animation in order to promote the businesses that they have.

So, we are here to tell you a little bit about it in details so that you can have an idea about the power of whiteboard animation. 85% of all the internet users in the US are inclined towards the video content.

What Is Whiteboard Animation?

In the original process, the video people would actually record themselves during while they create the animations and the viewers would be able to follow all the steps and then see the magic happen with their own eyes. So, this is one of the most popular activities that people have to go through during their animation period.

The proper effect which is seen in the process of animation is basically a stop motion one or a time-lapse one as well. There is a growing rise of video content and about 54% of the users want to have more and more video from the specific brand they like.

There has been a lot of development in the fields of technology, and that is something which has had its effect on the process of production for sure. Now you might be wondering how that is possible.

Well, it is with the help of the drawing and the whiteboard animation software that people now don’t have to worry about the actual drawing as well because the software is here to handle everything in the best sense. Ever heard of the phrase- “A picture can say a thousand words”? Well coming to the world of video, a one minute video has the potential of at least 1.8m words.

Reasons For The Popularity Of Whiteboard Animation

With the help of the different whiteboard animation techniques and tools, one will easily be able to create amazing explainer videos, educational presentations, demos, and so much more when it comes to the visuals as well. This is one of the main reasons why this particular form of animation is considered to be so important and popular amongst the different fields such as marketing, education, and business as well. Did you know that when you share explainer videos to social media, then you actually have the potential of getting the website content shared by 1200%? Sounds incredible right?

Another one of the main reasons why the whiteboard animations are so popular amongst the people is that the users are able to use this particular style of animation for pretty much anything. They can be used for providing history lessons and bank commercial as well as some promotional videos as well.

There are some pieces which are pretty fun to watch, and some have a serious message provided for the viewers. However, there is something that is very common in these videos, and that is they are completely understandable by the target audience and have a unique format as well. In the recent market scenario, about 84% of the marketers are thinking of increasing their budget because of its effective reach.

There is simply not a single speck of doubt about the fact that your target audience will consist of people who speak many different languages as a whole. So, when it comes to creating explainer videos or any other type of visuals, language barriers are quite common. But when it comes to the whiteboard animation videos, there is no such thing as a language barrier. Since there are not many words which are included in the animations, different people speaking different languages will be able to see and understand the video in the best way for sure. Doesn’t that sound amazing in the first place, people? So, why don’t you go ahead and try it?

When it comes to the whiteboard animation videos, there is a certain hint of creativity provided in the videos. Well, that is one of the main reasons why these act as the PR tools for the people. In case your audience loves the animation videos that you make, there is a chance that they will also be willing to share the videos all over the world with the help of the different channels that are provided to the people out there.

So, the message that you have will be spread all over about your service or the product that you have. Most people share videos that have some sort of sentimental value. So, that is something you might want to look into when it comes to the creation of animation videos. If you take a look at YouTube itself, you will find that it has the potential to reach millions of 18-49-year-olds worldwide.

You might be a bit surprised to know this, but the animation videos take a lot less when it comes to the production costs and everything else. So you will be able to save a lot of money when you decide to create a proper whiteboard animation video. This is something that makes it a very popular tool to use for companies who want to save their money while creating ventures and business promotions for their products and services.

In the end, we can say that whiteboard animation is one of the most popular and well-known tools that are used by the public in order to make sure that their products are promoted in the best way for sure.

Well, the whiteboard animation is something that you can try out when you want to tell a story or send a message so that it reaches more and more people at the same time. There are certain things that you need to keep in mind when it comes to the creation of whiteboard animation videos such as the scripts and the story.