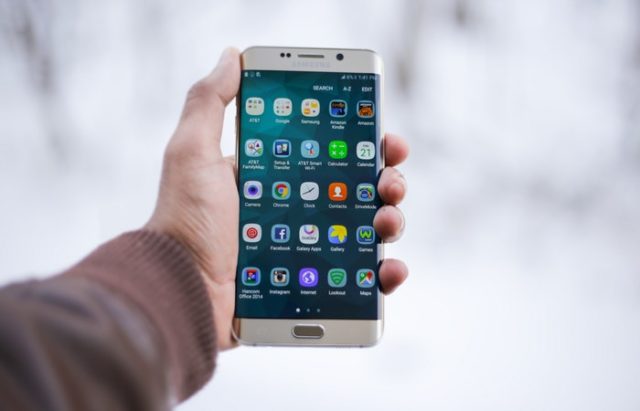 This is an increase of more than 11 percent as compared to the previous year. The exponential growth in the mobile app development arena makes it clear that this market is going to expand further in the future.

Presently, there is an app for just about everything. Whether you want to look up an old nostalgic song, find directions to a buddy’s home, or you simply want to kill time at a clinic, you have just the right app always available in your pocket.

Like every other market, the mobile app development niche also has some trends that govern how it works. With the help of present market trends, one may guess what the coming trends will hold for this booming industry.

Some of the mobile app development predictions for 2020 are discussed in the article below.

5G is the next big thing.

It will be a phenomenon that will change the world as we know it today.

Of course, it is too early to predict what it will actually be like, however, mobile companies, app developers and other market players have already geared up for providing next-level services to their customers.

With the release of 5G technology, the users of smartphones be able to access the web with an estimated speed of around ten giga-bits per second!

It is common knowledge that the mobile app development encountered its big boost after 4G technology was introduced, however, 4G is not capable of handling the next-level mobile application that will be data-centered. The huge amounts of data that will travel back and forth from the mobiles will choke the existing cellular networks.

5G networks will take care of these problems. The 5G technology will boost the connectivity of networks, and strengthen user experiences around the globe.

5G will offer unlimited opportunities for innovation in the field of mobile app development. Developers have already braced for this revolution.

There are already many applications that offer this feature. Take for example, Spotify. A user can access this application from any kind of device in their possession.

This will be one of the most important trends of 2020, and any one not already working on this concept, will need to start immediately.

The phenomenon does not simply mean an application that works with mobile devices, laptops, and personal computers. The coming trend will also incorporate the internet of things. People’s lives will get connected not only through computers and cell phones, but with every device that they own, use, and come across.

The coming trend is to synchronize all these devices through a single app for the benefit of the end-user.

This one is obvious.

An important trend of 2020 will be an increase in the number of app developers.

This is because the number of mobile users and hand-held devices is growing at a very fast pace. Consequently, there is a proportionate increase in the demand of mobile apps.

This growing demand will facilitate entry of new players in the app development field.

Whenever there is a new idea or a need for a mobile app, a new app development entity will pop up, to cater this demand.

Innovators and developers at https://www.redfoxwebtech.com/mobile-app-development/ join forces to come up with novel concepts. Their team build apps which users love.

The market will be thriving with both the users and providers bracing for new concepts, and application based on those concepts.

With the ever-growing numbers of app users and their providers, the security – especially data security – will become a burning question.

People will need to be sure if their data is safe. The question has become more important owing to the frequent news of data hacks and information breaches.

A growing trend in 2020 will be an increase enhancement of security applications.

Currently, there is a growing demand for people who want their data to be safe without having to disconnect from the internet. Mobile app developers will need to satisfy their clients that their applications are safe and secure for continued use.

Applications that are proved to be more secure will be downloaded more often compared to their less secure counterparts.

5. Advertisements Within the Apps

Presently, app users – as a general rule – refrain from downloading paid applications. Even if the fee is minimal, they will not be interested.

On the contrary, the app development process is not free. It costs a lot of time, money and efforts. They need to cover this cost in order to break even, and make some profit.

If a developer is not working for a big organization, they will need to seek out other venues for generating revenues. The best, and most viable option, will be selling advertisement space within the application.

The coming trend of 2020 will be imbedded advertisement within the app, however, developers will try and make those apps less intrusive. Several new styles of incorporating ads will also be developed.

Generally, users do not like advertisements when they use an application. Keeping this in mind, developers will come up with new and innovative ways to imbed advertisements in such a manner that they don’t bother the user.

What is certain is that the industry will see exponential growth in the coming years.

Mobile phones and hand-held devices are constantly evolving. With the introduction of 5G, the mobile app development phenomenon will see such growth, the likes of which have never been seen before.

Best Free Instagram Analytics Tools that are Popular in 2020

Best List Of Proxy Sites And Mirrors For Rarbg in 2020