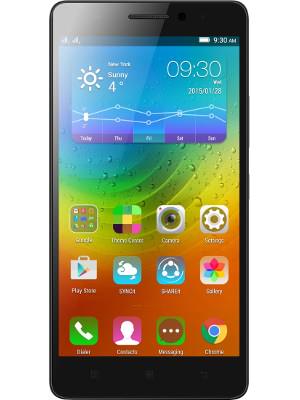 With a slew of powerful smartphones, Chinese tech giant Lenovo has certainly made a mark in Indian smartphone Industry. The company has grown progressively over the past and is going straight against leading players with top-tier hardware and decent pricing. Not long ago, Lenovo unveiled its mighty K3 Note in Indian market. The device packed a decent set of specs, and looked like an ideal product for those who love big-screen phones. K3 Note can brag about being the finest 4G phablet in the budget segment, but still there are some powerful players that can comfortably shake its place. Here we’re taking about Redmi Note 4G, one of the first 4G phablets from another china-based manufacturer, Xiaomi.
Few weeks back, Redmi Note 4G received price-cut with the launch of its successor. The device now comes at a lower price tag, but it still looks good enough to take on manufacturers launching identical smartphones with same specs. Here, we’ll be comparing K3 Note with Redmi Note 4G to see which one comes up as a better choice!

As for design, there is not much to say about K3 Note and Redmi Note 4G. Both plastic made phones feature a nice look and give a great grip while carrying around. They’re great at their own places. But on paper, K3 Note might just have an upper hand with its slim and sleek-form factor. Its tips around a healthy 7.9mm, and can easily outshine Redmi Note 4G with its compact and sturdy build quality. The Note phablet from Xiaomi, on the other side, also looks good, but feels pretty hefty at 185 grams. On whole, it looks complete as a phablet, but is more susceptible to smudges and fingerprints.

The screen of both phones looks quite impressive, but in our opinion, K3 Note with its full-HD panel might just take the game away from Redmi Note 4G. The powerful handset from Lenovo sports a denser 5.5-inch 1080p display compared to the 720p unit featured on Note 4G. The screen size remains same on both handsets, but with more than 400 pixels per inch, K3 Note certainly looks crispier, sharper, and more vivid in all environments. Neither one comes with Corning Gorilla Glass or any other branded screen protection, but you can definitely expect generic scratch resistant glass with both devices.

Hardware is one of the only few elements which mark the difference between Note 4G and K3 Note. Being an ideal budget phablet, Lenovo K3 Note powers up by a MediaTek MT6752 chip with eight cores clocked at 1.7GHz, coupled with 2GB RAM. It packs immense power, and promises very smooth and glitch-free performance while handling heavy multi-tasking.
Xiaomi, on the other side continues with Qualcomm as its brand of choice and powers Note 4G by a quad-core Snapdragon 400 chipset clocked at 1.6GHz, coupled with same amount of memory. On paper, it looks slower than K3 Note, but when it comes to performance, it can be considered one of the finest kids on the block.

The ecosystem on Lenovo K3 Note is enriched by the latest version of Android (Lollipop) optimized over company’s own skin. It packs decent performance out-of-the box, and certainly looks better than Redmi Note 4G running the recent Android 4.4 KitKat-based on MIUI 6. Lenovo K3 Note with Android 5.0 makes a strong case for itself with specifications on par with other devices in the same price bracket. Its interface doesn’t sits close to stock Android, but is still good enough to cater all your needs.

For photography, both phones boast identical numbers with their back and front-cameras. In fact, in detail you can say, both phones feature a 13-megapixel rear and a 5-megapixel front-facing shooter. They click decent photographs up to a maximum resolution of 3128 x 3096 pixels, and offer support for capturing 1080p videos as well. The flashes, however, create a small line of difference. K3 Note flaunts a dual-LED flash, while Note 4G makes do with a standard LED flash on the back.

As far as storage in concerned, both handsets offer sufficient room for non-stop work and play. K3 Note comes with 16GB of internal memory, while Note 4G lags behind with just 8GB on-board. It looks pretty weak, but the plus point is, Redmi Note 4G accepts micro-SD up to 64GB while K3 Note makes do with expansion up to 32 gigs only.

On the connectivity front, there is no difference between K3 Note and Redmi Note 4G. Both handsets offer improved LTE capabilities, and offer support for LTE bands currently deployed in India. Note 4G is a single-SIM device while K3 Note offers added support with dual-SIM connectivity. They both give smooth browsing experience, and flaunt a bunch of sensors for improved performance.
However, the most interesting thing is despite of being launched last year, Note 4G supports the latest ac Wi-Fi standard which many new models don’t support. Not to mention, K3 Note is also the one among support devices.

For power efficiency, there is no big difference between the two budget phablets. Redmi Note 4G packs ideal support with its 3100mAh battery, while K3 Note follows right away with a smaller 2900mAh battery. On paper, the difference is of 200mAh, but when you’ll compare performance of these devices, you’ll get sufficient backup all day long.

In terms of price, Redmi Note 4G offers a great deal at a tempting price tag of Rs. 7,999. It’s not only affordable, but is also a whole lot cheaper than K3 Note coming at a hefty Rs. 9,999. Considering specs, both phones are very well priced and offer full-value for money. Note 4G is available at different online stores, while K3 Note has been hitting the shelves exclusive via Flipkart.

In a nutshell, Lenovo K3 Note and Note 4G both offer a great deal and decent price points. Note 4G is cheaper but lacks improved display and software capabilities, while K3 Note is bit expensive, but brings the best of Android with top-of the line specs.

What is Digital Transformation?