Land Rovers are the most glorious vehicles and they also have the crown of being the first ever off roader across the globe. The Land Rover also crowned to be used as fleet leader of Queen Elizabeth II and her family.

Long live her majesty the Queen, Long Live the Landies. The Land Rover is one of the most imperative parts of the Royal family vehicles fleet. Where apart from the Queen, King Philip, Prince Charles, Zara Phillips, and many other royal celebrities own a Land Rover Defender.

From the players to the TV presenters and from politicians to The Royal family, almost everyone owns and loves the Land Rovers and majority of them has the Defenders.

Why a Land Rover Defender?

Almost all the Land Rover vehicles have a tough steel chassis and these strong chassis are the backbone of the success of the vehicle since decades. The roots of the Defender model only can be traced back to 1948 but the current name Defender was given to the model in 1989 only.

Originally it was known as the Series I. all these features and traits making the Defender Grandfather of the world of automotive especially for the particular group used for off-roading. It is a veteran that has seen many seasons and has survived against the odds for ages while remaining successful.

The production of the Land Rover Defender has been stopped by Land Rover last year, the final model was drawn out from the Solihull manufacturing facility with great honour to the vehicle.

This was an end of a golden era in off-road mobility, a real go anywhere vehicle has been retired and it won’t be going anywhere now.The Defender is one of the several vehicles across the globe which is loved by almost all kind of drivers from students to Her Majesty the Queen.

In the line-up of Land Rover, the Defender stands out alone as a glorious workhorse. According to a research, the Defenders have a relatively longer life span in ultra-tough conditions and on the standard terrain it has an unlimited life.

What is most inspiring about the Defender?

The most inspiring thing about any Land Rover is their adaptability of the conditions e.g. in what conditions you wish to drive the vehicle. The Defender has this factor in its DNA.

Thus the Defenders of 1970s are still in use. They are very common mean of transportation in African deserts and jungles. But when it comes to the buying process, you need to be a bit more careful as the need to know everything about the vehicle before you decide to buy.

You need to be clear that what actually you are looking for and what you actually need to buy. You should also know about the models of the vehicle that what models are available in the market and which model has the most excellent reviews.

You must research that what areas of the vehicle require your close attention and scrutiny. It doesn’t make difference whether you are looking to invest in the motoring or looking for a workhorse.

Everyone knows that the Classics are even costly in the UK. But you can decide upon one of the best model available after consulting this buying guide to Land Rover Defender. This buying guide will offer a real shortcut for those buyers who do not know that where to start the buying process.

What Are The Different Land Rover Defender Body Styles?

Land Rover has introduced many weird and wonderful body styles over the years and there have been changes of the guard at her majesty the Queen’s palace. One in the market is painted in pink and called the Pink Panther, blended for the deserts and utility companies.

The fire companies also used the Defender and they converted their vehicles into the fire tender Defenders however for the private buyer, there are only two sizes came in and they are obliged to pick one out of them. These models called Defender 90 and Defender 110.

What is the difference between Defender 90 and 110?

The difference between both models is really simple, the number of inches. Yes, the length of the vehicle is an actual difference.

On another hand, the 110 is a long wheelbase model and a professional looking thing, it can handle around 9 people at the same time and has an excellent towing power. Also available in different configurations.

The Defender has several versions of the 90 and 110 models because the Defender is one of the most admired Land Rover vehicles and has received some massive customisation in the past. However, the most popular among the buyers is the station wagon version.

There is another version if the Defender is its hard top van version, a pickup with an open load bed behind the cabin and it also has two variations, a single cabin version and other is a double cabin version but these both versions are famous in the farmers to carry open loads.

The woodcutter men also use these models to carry their chainsaw like machines.

What Is The Most Affordable Land Rover Defender?

This is the first question to ask after understanding about the variations of the Defender vehicles. According to the buying guide experts, the cheapest and the most affordable Defender is more likely than not the early models.

If you love to have a diesel version because have to, there is no other option, the 200 TDI is the most affordable and reliable version. It starts from almost 3500 GBP if all genuine. There are several other versions of the Defender 90 and 110 with the same engine.

A 1990 model of the Defender powered by a 2.5 litre 4 cylinder turbo diesel engines came in the recently launched Land Rover Discovery. It cranks 105hp which may not sound a powerful one for this heavy model but it was more than respectable in the 90s when direct fuel injection system was not that common and was considered as an advanced technology.

These engines have an improved fuel economy and added with an oomph to tow loads.

Which Land Rover Defender Is Best For A Family?

As discussed earlier in the versions that the Defender 90 is not the best version for a family but the 110 is a respectable family vehicle. However, the 110 station wagon is the best suitable for family.

The rear door of the vehicle gives access to the children and adults to the rear seats. Whereas in the Defender 90, you need to open the tailgate to do the same and also need to fold up rear seats?

The best option out of the available options is Defender 110 station wagon. If your budget to buy a Land Rover allows you to show some leniency then go for post-2006 models.

All models with 2.4 litre TDCi engines are the best movers. These engines are acquired from Ford and they have dramatically improved performance. A 2.4 TDCi version of the Defender station wagon starts from around £12,000. 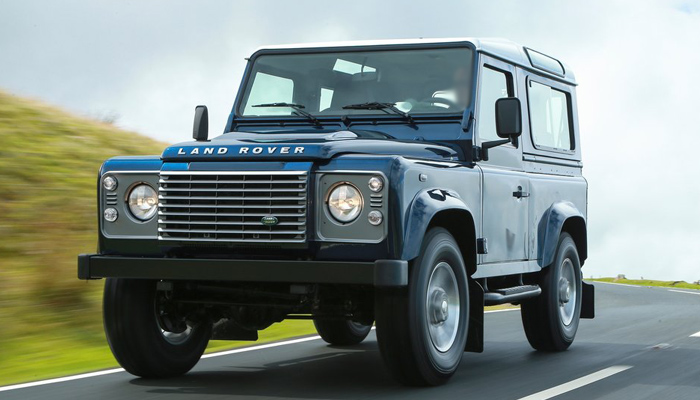 Some driver will love to drive for miles after miles but other may be shocked they will bail out and run a mile. Every new model comes with improvements and the engine department especially get some tweaks every year in Land Rover vehicles.

Apart from all these positives, there are some bad points as well, the Defender is always remained and considered a noisy vehicle and thus the new models too. It is not a kind of modern SUV because it has special purposes behind and is admired in public circles.

The Defender has some serious off-road mechanics and built to handle almost all kind of terrains with the help of a manually operated all-wheel-drive system. It offers both a high and a low ratio system according to requirements. There is nothing in the current arrangements even that can beat the Defender in rough conditions.

What’s The Best Land Rover Engine in Range for Towing?

Towing always depends on the power of the engine but in the case of Land Rover vehicles they can tow a train of several hundred tons and they proved it by towing three cars of a train.

All the post-2006 models of the Defender have excellent towing features. They use 2.4-litre turbo engines with common rail injection system which works at high pressure and returns improved fuel economy and refined performance. 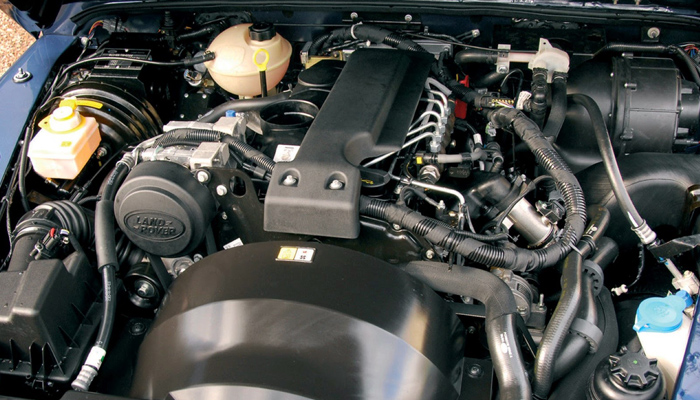 The Land Rover engines have an increased torque and excellent flexibility. The full flow of torque starts at just 2000 rpm. A six-speed manual version of the Defender is a better option as it is suitable for motorway cruise too and making the vehicle better for pulling heavy loads on the motorway as well.

You can find the 2.4-litre Defender version for £8,000 but for the most suitable station wagon versions, a budget push required.

Money Not an Issue, Which Is The Best Land Rover Defender?

Almost all versions of the Land Rover are the best to buy but the most accomplished of the range is the post-2012 models. These models are actually the masterpiece of engineering.

It uses a 2.2 litre Ford TDCi engine and offers the best performance, it uses the most modification and configuration features. If you would like to have these models, you need to spend a minimum of £18,000.

What to Look If You Decided To Buy One

If you are looking to buy an older Land Rover Defender and are not confident about checking it over, then you must pay for an independent inspection and get services from any well-known inspection team e.g. AA or RAC. The Land Rover specialists also offer these services and you can ask them for checking as well.

If you agree to buy the one you carried out an inspection, the sellers usually drop an equivalent price out of the actual price of the vehicle.
Secondly, the documentation needs to be tested very carefully and match the engine and chassis numbers with the documents, called V5C.

Thirdly, check the service record and see if the vehicle is regularly serviced e.g. every year. The attentive owners always have a record of service.

Fourthly, ask for the MOT certificates (if you are in UK), need to see both past and present. You can check MOT status here.

If all the documentation is all right then go ahead to meet at an agreed price and enjoy your new life with a Land Rover Defender.

Why You Should Purchase a Car Seat Pillow?

Is it Better to Learn in a Manual or Automatic?

Defensive Driving: The 3 Steps To Becoming A Better Driver

Are You Following These Guidelines During Auto Carpet Cleaning?

The Importance of Car Insurance Company

How Are Accidental Injuries Impacting Our Personal Lives?