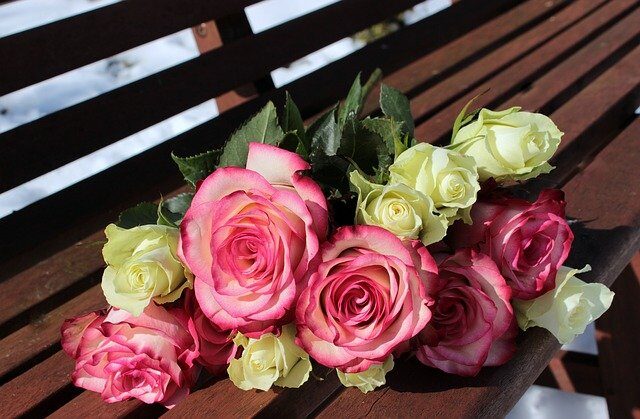 For centuries, flowers have been a source of inspiration, enchanting everyone with its beauty. Like every other thing that has been in existence for centuries, flowers also have some secrets. They possess their own language and way of communication called Floriography.

Every flower has a hidden meaning that relates them to human emotions. And they also hold some secrets related to their connections with other living organisms, including us.

Flower Company brings forth such flowers and their secrets to you. Have fun learning some unique and special things about the blossoms you’ve known all your life!

Let’s start with the flower recognized as the National Flower by various countries such as India, Vietnam, Macau, Egypt, and Sri Lanka. Lotus is known as a sacred flower and has some abilities that make it quite interesting.

For starters, this beautiful flower thrives in damp wetlands and rivers. Another great thing about lotus is that it will lie dormant in drought times for many years and bloom again when the water comes back.

In Egyptian culture, it is seen as the symbol of eternal life and resurrection due to its ability to thrive in dire circumstances. In the Hindu religion, lotus has significant value as it represents fertility, purity, and prosperity. It is also the throne of divine figures in both Hinduism and Buddhism. Lotus is also used in fragrant teas, and its seeds are used for baking as well. So, you can easily buy them by contacting Flower Company.

Also known as tropical white morning glory and moon vine, moonflower is a perennial blossom that blooms during the night. With the dawn, they close again and wait for the moon to come back again. It got its name due to the twist of nature in the plant.

People who love sitting at night in their garden like having this flower as it has an intoxicating fragrance that will permeate through the garden at night.

The color and petals of this flower look so accentuating that you can’t resist admiring its beauty during the dark times. However, don’t get fooled by its incomparable beauty as the flower and its seeds can be poisonous. Still, it’s safe as long as you stay away and observe them from a distance.

Switching from the moon to the sun, this is a bright and vibrant flower and moves along with the sun. The phenomenon is known as heliotropism, and it is quite the opposite of a moonflower in terms of features.

While moonflower is a poisonous bloom, sunflower has the ability to remove toxic elements from the soil, making the soil healthy and fertile. They are the top choice of the customers at Flower Company.

However, there is one secret that not everyone knows. Instead of strictly following the sun’s movement, sunflowers only do that until they bloom. Furthermore, most people know the yellow color sunflower, but about 70 different sunflower species exist throughout the world.

The birth flower of June month, Rose, is the blossom known for love. The cultivation of this flower started in 500 BC marking 35 million years in history. It is liked and praised for its beauty and fragrance. But there is one fact that most people don’t know.

The oldest living rose plant is 1000 years old, has white colors, and only five petals. Another interesting fact that even rose lovers don’t know is that if the flower is left untouched, it eventually grows into a berry-shaped fruit named Rose Hip.

There was a Juliet Rose presented to the world in 2006 grown by a rose breeder, David Austin. The same flower holds the record of being the most expensive rose as it was sold for over 3 million pounds.

You might not believe us, but there is the smelliest flower in the world known as Corpse Flower. It is one of the largest (in terms of height) and rarest blooms in the world that takes about seven to ten years to flower.

It smells so bad, especially at night, and can grow about 12 feet tall in the wild. Most people don’t even know that such a flowering plant exists in nature. It is often cultivated for studies and showcased at some botanical gardens. But one disappointing thing about this flower is that it dies only after a couple of days after blooming.

We didn’t mention Titan Arum in the end because we didn’t want to leave you with such a flower. Another flower that has so many interesting secrets is the Dandelion. It is one of the flowers proven to be medically beneficial for humans. It aids in weight loss, liver detoxifications, improves digestion, reduces inflammation, and cholesterol.

But still, the most exciting thing about this bloom is that it can fly with a slight blow of air. It is another flower that is known to have evolved 30 million years ago. Some cultures see this flower as the symbol of sorrow and grief, whereas others see it as similar to Lord Jesus Christ.

The flower is omnipresent, can grow anywhere, and it is hated and warred even after knowing the countless benefits it offers. That’s how the world saw Jesus, only to recognize him later as the holy figure.

Every blossom found in nature has a secret meaning, symbol, or story to tell. All we can do is feel amazed by them and perceive them as a gift of nature. Be it gardenia, iris, orchid, anemone, lily, or any other flower, humans communicate through these flowers.

But whatever the symbolic meaning lies behind them, we love receiving and gifting them. So, whenever you feel like expressing your love, friendship, admiration, respect, or any other feeling, find the perfect flower with Flower Company.

Just remember, you don’t need to learn everything about the secrets or language of flowers to gift them to your loved ones! Explore more facts and learn more about the flowers you admire with us!

The History of Assisted Living Facilities

Going That Extra Mile to Deliver Emotions – How GiftstoIndia24x7.com Redefined the Concept of Online Gifting

Feeling Nervous? Here’s What to Do on a Movie Date

The Smartest in the Room: 3 Telltale Signs of Intelligence

Editing 101: 6 Tips for Choosing What Music to Use When Editing Videos