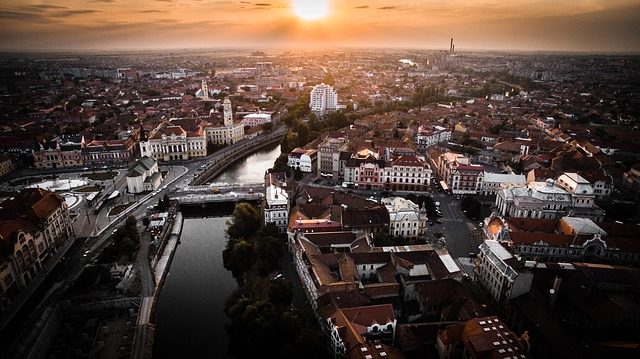 When you think of traveling through Europe, for pleasure that is, the first destinations that come to mind are usually among the most visited cities in the world – Paris, London, Berlin, Stockholm, Bruxelles, and the list could go on and on. Thus, they are pretty crowded, filled with tourist traps (places with often substandard services charging way more than the normal price for absolutely everything – even tap water). If you are not particularly keen on seeing the usual landmarks – like the Tower Bridge or the Eiffel Tower – but you plan to spend a few weekends visiting beautiful European cities with a long history, here are some tips for your next city break.

Oradea is a small city in the northwestern part of Romania. It is among the most easily accessible cities, given that it lays just a few miles from the Hungarian border (and the Hungarian freeways, given that Western Romania has close to none of those), and it has its own international airport. The city was mismanaged for decades before being taken over by a mayor serious about changing its face – and it shows. Many of its secession and art deco buildings have been renovated, several of them have been transformed into museums, and its medieval fort has also been rebuilt, today serving as a cultural and entertainment center with museums, cafes, hotels, and restaurants.

The city is a wonderful mix of cultures and old and new, with centuries-old buildings and modern hotels and an aquapark, churches old and new (synagogues and cathedrals a few hundred meters apart), cuisines from all over the world, and a pretty decent nightlife. Oradea has the looks of many Western cities and prices that are surprisingly low for its looks.

If mountains and lakes are your things, consider visiting Bled in Slovenia. It was a popular tourist destination for ages and its international fame is on the rise thanks to its unique environment and long history.

It is easily accessible – Lake Bled, on the shores of which you find the town, is at a distance of barely over 20 miles away from the Ljubljana International Airport. The clear water of the lake attracts many tourists, and so are the mountains surrounding it, the Bled Castle overlooking the lake, and the area’s famous vanilla and cream pastry, known as kremšnita, that makes it famous among foodies around the world.

For years, Ukraine had a bad rep, making tourists avoid it altogether – but the truth is, as long as you avoid certain areas (which is true for pretty much every European capital city), Kiev is a perfect destination for a city break. And you should. Ukraine has one of the most colorful cultures in Europe and its capital city is an amazing blend of influences. It has a vibrant art scene, a lively nightlife, and food that blends tradition and modernity in a unique way. The city is not without landmarks either – visiting it will offer you the experience of seeing a flourishing European capital without the crowds of tourists invading its streets.

A Trip to Dharamshala and Mcleodganj

5 Best Places to Live in Nevada

Five Tips That Will Make Renting a Car Less Stressful

What You Need to Know About Safari Trams

The Most Sustainable Way to Travel