Here are ways to Unblock Netflix With a VPN when you are travelling to other countries from your home country.

Unblock Netflix With a VPN: If you are a genuine movie and TV show fan, you must be addicted to the world’s largest streaming service, Netflix. The network features popular series such as Stranger Things, American Vandal, Peaky Blinders, as well as many other blockbuster films. 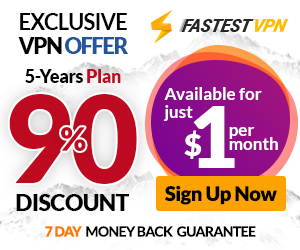 But Netflix does not come free of charge, while there are also a lot of location-related setbacks. In such circumstances, you might be wondering how to overcome the obstacle and access the platform using alternative channels.

The answer comes in the form of virtual private networks (VPNs). It’s a single most efficient way to solve Netflix barriers, so we want to show you how to unblock this streaming service with a VPN. By the end of this post, you will figure out:

You are probably eager to learn all these things, so let’s begin our journey immediately!

How It Works: Netflix

In case you don’t know already, Netflix is a streaming service that allows customers to watch a wide variety of award-winning TV shows, movies, documentaries, and more on thousands of Internet-connected devices.

We already mentioned some of the best TV series that make this platform so popular, but here are only a few stats to prove the incredible success of Netflix:

This platform offers you tons of high-quality original programs, but that’s not the only thing that makes Netflix so amazing. On the contrary, Netflix addicts say this streaming service has a number of other advantages:

Okay, now you know the basics of Netflix streaming service, but what exactly VPNs have got to do with it? Keep reading to find out!

By definition, a VPN represents a network that is constructed using public wires — usually the Internet — to connect remote users or regional offices to a company’s private, internal network. If this sounds way too complicated, that’s because it is. However, we will try to simplify the concept and explain to you how VPNs really work.

The VPN is based on encryption and similar safety systems: “The goal is to make sure that only authorized users can actually enter the corporate network, while data exchanged between end users and the company remains secure.”

Now we need to see how it functions in the case of Netflix. First of all, you must know that Netflix is not the same in all countries. The service offers different programs from region to region, so it can stop you from watching your favorite TV show if you travel to another country.

Netflix subscribers hate this fact because they want to use the service they paid for. Despite this simple fact, Netflix still prevents international usage by searching and analyzing IP addresses. To put it simply, an IP address is a special code that serves to identify a device online.

This basically means that Netflix knows your whereabouts, so it can halt subscription rights in case you are using it in another country.

But this is also where VPNs come in to play to save the day. A VPN encrypts your online signal and redirects it to the remote server. Doing so, a VPN actually hides your real IP address and prevents Netflix from identifying your location.

People who run Netflix are well aware of the VPN issue and they do everything they can to block this service. And they are pretty successful because it’s getting harder to find a reliable VPN provider.

That is exactly why we wrote this post: subscribers keep bombarding us with VPN-related questions. They want to know which VPNs are operational, so we made a list of the seven best solutions. Let’s check them out here:

Ivacy is widely recognized as one of the fastest VPN networks currently available. It also unblocks Netflix in two formats, app and web browser. However, you do need to look for assistance from customer support agents because it’s not always possible to find a functional server at once. 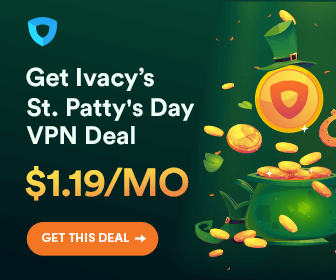 A regular monthly subscription is not too low because you need to pay almost $10, but the two-year package will cost you $2.25. At the same time, Ivacy gives you a 30-day money back guarantee.

NordVPN is a Netflix-focused platform that also functions both in web browsers and apps. Subscribers love NordVPN because it allows them to connect up to six devices simultaneously, making it a convenient option for groups of acquaintances. You can use this VPN for as low as $2.99 a month, but it doesn’t mean that NordVPN lacks safety. On the contrary, the system is perfectly secure and keeps no user logs.

Cyber Ghost is another highly reliable VPN provider that successfully unblocks Netflix in all formats. This platform doesn’t highlight locations but rather lets you see the list of servers based on streaming services they enable.

Cyber Ghost allows users to leave a public review for each server: “It means we can all contribute to the wider community of subscribers.” The speed of Cyber Ghost is solid and the platform is highly intuitive and simple. It comes with a monthly fee of $2.5.

PrivateVPN is one of the youngest platforms, but it already deserved a high position among similar networks due to its amazing functionality. It’s the fastest-growing VPN that grants Netflix access in more countries than any other service. PrivateVPN is proud of connection speeds, while it also keeps user-related information well protected. A one-month subscription is $7.67, but it slips down to $3.82 if you take a full year package.

ExpressVPN is probably the most popular VPN provider globally. It can unblock Netflix in a web browser as well as the app. This VPN has fast and agile chat support, so you can send a server-related inquiry and get the answer very quickly. The system does not retain users’ personal information, while the speed remains high enough 24/7.

ExpressVPN users who work for the professional essay writing service say the platform also works with Amazon Prime, Hulu, and similar services. Some users don’t like ExpressVPN because it’s expensive compared to other VPNs (around $8 a month). However, ExpressVPN comes with a 30-day money back guarantee, which is yet another proof of its operational capabilities.

If you are looking for a VPN that you know will unblock Netflix regardless of the server, then you might as well try Surfshark. We actually learned about this VPN that each one of Surfshark servers unblocks the most popular streaming service in a web browser and app. Just like other VPNs on this list, Surfshark is also fast and perfectly safe, so you don’t have to worry about the basic functions. A monthly package costs around $11, but a 24-month price is only $80.

HideMyAss concentrates on Netflix subscribers in US and UK. It’s a reliable platform, but the last spot on our list is the result of the less user-friendly system. Namely, HideMyAss demands occasional changes in VPN settings and some troubleshooting, which can be annoying. However, the network is fully operational and the long-term price is not so bad ($4.99).

A genuine TV show fan must love Netflix. The platform offers a wide range of amazing movies and series, making it the most important source of quality program globally. But there is a problem: Netflix is neither cheap nor available everywhere.

If you are one of those passionate users who would love to gain access to Netflix regardless of the time or location, you could definitely try a VPN. Although the streaming platform desperately tries to deal with VPNs, there are still enough providers that can overcome its security mechanisms.

In this post, we explained to you how to unblock Netflix with a VPN. We also showed you a list of the seven most efficient VPN providers in this field. These hacks should help you enjoy the favorite TV shows, but feel free to leave a comment if you know other reliable VPN providers to share with our readers.