Taking a trip is what keeps most of the youngsters alive and that is one thing that keeps most of us going. As far as I had noticed, while the elderly people have been indulged in building houses and buying old for a secure future, at this point of my life where I am 22, all I have ever wanted is to travel whenever I felt bored or over stressed with life. And on this journey, I had the same intention when I had been on a journey to Thrissur which is known as the cultural capital of Kerala. I lived close by in Alappuzha as I am an engineer in a private company but I belonged all the way to the capital of Kerala, Trivandrum. It had always been a dream to travel to the district of Thrissur in Kerala for which I had packed my bag for a tour on a cheap package. I had heard enough and knew much about the destination, but even then I  enquired and got a cab ready through Dream Holidays for me which would be taking me to each location. So one Friday, after my work, I got into a Kerala transport bus as the budget was definitely in check. I had been planning a Bhutan trip and hence I had to keep it short on the small trips I had planned to take in the meanwhile.

I reached by 7:30 pm in the night and the first plan was undoubted to take a walk around the Swaraj Round. I had the location on my map and knew it was close by due to which I took a walk to the round. The one thing that made this place special was the fact that the very famous Thrissur Pooram happens in this location. One of the prime most temples of Kerala, Vadakkunnathan Temple is located here as well. I finally got to the round where some stalls and lights had been put up. When I got close to the stalls initially thinking that low priced items would be being sold in them but then I realized that the Kerala School Kalolsavam was happening at Thrissur. I decided to walk to one of the closest I found and some form of Dance competition had been taking place there. I sat there for some time and then moved out to have a walk around the whole round. When I reached the Nehru Park, I walked back and decided to get to Ming Palace from where I could be eating my dinner. The place is pretty famous for the Chinese food that is served in Thrissur. So I got in there to treat myself and ordered food. A number of people had been coming and going despite the fact that the place was hard to find. The food was indeed tasty and the best part was they served well enough that would fill the tummy. Also, it is a very economical place as the rates had been comparatively low. I paid them and walked to the Lodge that had been booked. 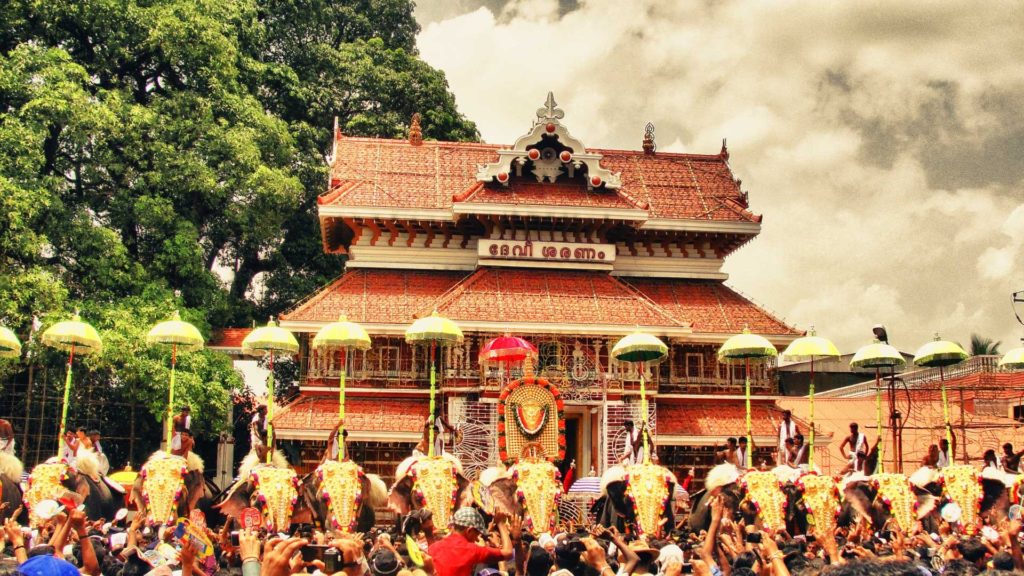 In some time, I got to a place which had the name board of the lodge. I got to the reception and they gave me the keys to the room. I freshened up and got into comfortable clothes and walked to the terrace of the lodge. I had expected it to be locked but they had kept it open. I wanted to see if I could get a good view of the place which I did as a matter of fact. I took a picture of the place and got to sleep as the car would be coming early in the morning to pick me up and take me around. I got up, freshened up and decided to go to the Paramekkavu temple for darshan. It was located close by and very less transport cost, say only 20 rupees is required to reach in an auto. The driver came there and picked me after my darshan. He drove slowly and we had a hearty self-introductory talk. The first place he drove me to was the Vilangan Hill.  Known as the oxygen jar of the place, this location is a treat to the eyes where the lush green place offers a good environment. The surrounding destinations were visible from the top of the hill. I sat there and stared at the place and its beauty after which I climbed down. We rode all the way back and got into the Shoba Mall. even though malls were never my thing, I was impressed with the backyard view of the mall with the water that had been stored beneath. I got a soft serve and walked along the place. The driver then rode me to the Thrissur Zoo. In fact, Kerala has only two zoos of which one is located in my hometown. I got into the second one and got to see the Midhuns and other animals that had been resting there after their lunch which the zookeeper had been serving to each place. Close to the zoo, I had seen a hotel on the way but the driver said that the place is costly and he drove to Bharath which is where we got to eat amazing vegetarian lunch. In the afternoon, we got into the archaeological museum that took us through some historical pieces of evidence that are preserved in the city. 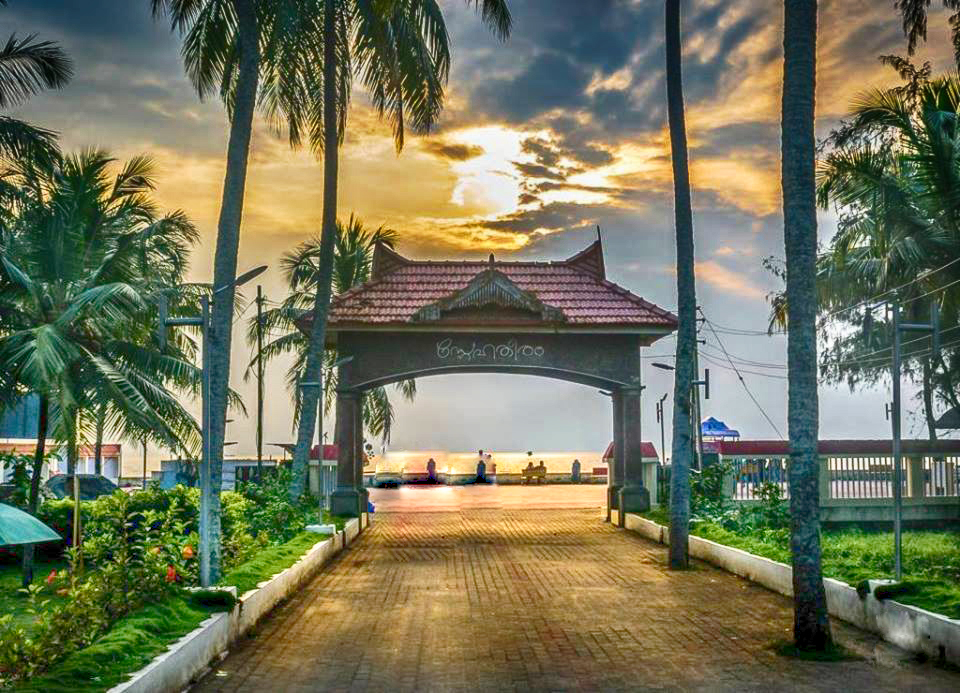 In the early evening, he drove me to Snehatheeram from where we decided to catch the sunset. It was indeed a good one from the bench we had been sitting in sipping the ice creams. The day had hence come to an end and we got to the lodge where he dropped me and went back. The next day we had two destinations to be covered among which the first was the ever famous waterfalls of Kerala, Athirapilly. We drove from the lodge and it took almost 45 minutes to reach the place. I took the entry ticket for me and my camera and walked inside. The sound was loud enough and a walk down the rocks was required in order to see the actual waterfalls in its pure grace. I walked carefully as the camera had been with me. In some 5 minutes, I got down from where I got to see white gushing water speeding. They had put safety rope around the place across which we could not go. I sat on the rock and ended up taking pictures of the allurement that was in front of me where anyone is paid back through scenic delights for the tariff levied on entry. In some time I also got to see what one would call is the real richness of nature in the place. When the sun started shining bright, I walked back and got to the top, got some mango juice and drank half of it. Somehow, I was considerate in sharing it with the monkeys who had been staring at me. And then the driver rode me to the Thumboormuzhy dam which is one place that is famous for its butterfly garden. I got the entry ticket and got to explore the whole place and its varied species of butterflies which adorned the place. The dam had a bridge that went across and it was a treat to the camera. I clicked some good pictures and walked out to the driver. The one good thing about the tourist’s places was the fact that all the entry tickets were affordable and all the common people could visit these places. Also, it helped me in being in my budget. The journey came to an end and my driver had our lunch together where I treated him for taking me around. All the best tour package to Kerala would have had a high price it had not been with him and his signals to good places. He dropped me at the KSRTC bus stop and I got into an Alleppey bus where my journey back began.