Kerala is a heaven-like destination located in the south zone of India. The major factor that makes this place an admirable location to be visited by the families is its pristine environment. All the 14 districts have different stories to recite to the travellers and it hosts the people in the best manner. Taking a tour package to Kerala gives the people, an opportunity to be amidst the richness of greenery and culture. Both of which are inseparable from the state. My journey along with my family through the 5 major districts of Kerala gave me information, in a nutshell, regarding it which has been provided as follows. 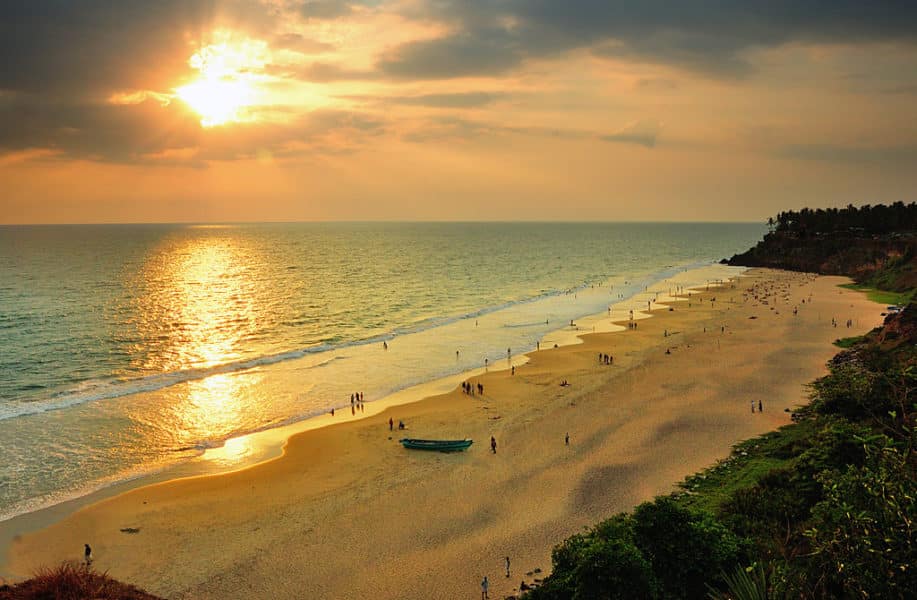 Trivandrum: The capital city of Kerala, this destination is famous for the Sri Padmanabhaswamy Temple that is located in the place. It remains to be a major place of visit by the families when traveling to the location. Being the largest of all the cities in Kerala, two major beaches of Kerala, namely Kovalam and Varkala are located here.

The adventure junkies can set off to Agasthyamala or to the Ponmudi Hills for a small trekking expedition.

The wildlife lovers can make their way to Neyyar Wildlife Sanctuary which is rich in flora and fauna. Poovar Island is the most appropriate holiday spot for those who are looking out to be on a backwater expedition. One of the oldest zoos in India is located in Trivandrum where spread out 55 acres of land remains home to various animals and birds. The enigma of Kerala architecture can be witnessed at the Napier Museum. Here the children can see, learn and proceed through the history that is beholden by the place.

Kochi: Known as the “Queen of the Arabian Sea“, the port city of Kerala is the busiest place in the state. The metro city is also referred to as Ernakulam and has a number of places that are worth visiting for a holiday.

The families often go to Fort Kochi where the Jews once existed.

The place still has a Portuguese layout where they can spend time by the beach and watch the Chinese Fishing Nets. The Jew town and the Dutch Palace are other spots of a visit. The St Francis Church, located in the same place is where Vasco Da Gama was first buried. The Areekkal waterfalls are located at Piramadam where families can spend a day at. Thattekad Bird Sanctuary is where the bird watchers should reach in order to view various birds like Malabar grey hornbill, collared scops owl and various other birds. The Hill Palace located at Tripunithra is where the travellers get to walk through history as the archaeological museum has the Crown, Ornaments, Weapons, and Paintings of the Cochin Royal Family. And if a beach stay is on the cards of the family, there is no better place than Cherai for this purpose.

Thrissur: The cultural capital of Kerala, Thrissur is a family destination where people mostly come for temple visits. A number of major temples like, Guruvayoor, Vadakunnathan Temple, Paramekkavu Temple and Kodungallur Bhagavathy Kshetram are located in the district. India’s first ever mosque, Cheraman Juma Masjid is situated at Kodungallur. Famous for the world famous festival of Thrissur Pooram, a large number of people reach the destination during the festival to be a part of it. The largest waterfall of Kerala, Athirapilly is located at Chalakudy which is again a major stop for the tourist as Vazhachal waterfalls are also located on the same route. Several dams like Peechi, Chimmony, and Thumburmuzhy are located in the district where the latter place also has a butterfly park alongside it. The trekkers can make way to Marotichal where, as they trek, they get to sight a beautiful waterfall on the other end.

Wayanad: Once known as Mayanad, this a major hill station where the various locations set up a paradise for trekking. Located on to the northern side of Kerala, this place is where the different hues of green exist. The Chembra Peak is the most famous trekking trails in Kerala where a whole day is required to trek at the place. There are other places of trekking like Cherangode and Banasura Hill. The ever famous Bana Sura Dam, which is the largest earth Dam of Kerala, is located at Wayanad. There is a 50% chance that the families would get to sigh elephants in the place especially alongside the Muthanga Wildlife Sanctuary.  Various other animals can be spotted on taking a jeep safari through the place. Various viewpoints like Neelimala viewpoint provide the travellers with the opportunity to view the Western Ghats in its full grace.

Edakkal Caves is where the families get to walk along the steps in order to reach to the caves where the carvings on stone from the past era can be seen.

Kozhikode: This place is most known for the food it serves to the visitors. The biriyani and halwa of this place are favourite to everyone that families often pack them to their hometown when leaving the place. The Malabar district is famous for its beaches where the prime place is Kozhikode Beach. The Ice Orathi and Pattani-Egg sold in this place make it the best spot to be along with family in the evenings. The Kappad Beach and Beypore Beach are other beaches where the people get to relax along with family. The Thusharagiri Waterfalls, a major tourist location opens a beautiful place of visit where the streams of the falls are known to be falling from the Western Ghats.

The other districts of Kerala are equally famous for its own reasons and provide the families with a great spot to travel throughout. They get to travel to the best places with an abundance of nature and get to relax in the arms of nature. Various other holiday spots like Vagamon, Munnar, and Gavi are located at Kerala where the families can celebrate togetherness at. In case a tour to Kerala is being planned, do not miss on these best attractions of the state.

Why Hotels Might Still Be the Best Accommodation Option

The 6 Best Beaches around El Nido

Our 7 Favorite Travel Check Designs From Checks Unlimited (Discounts Inside)