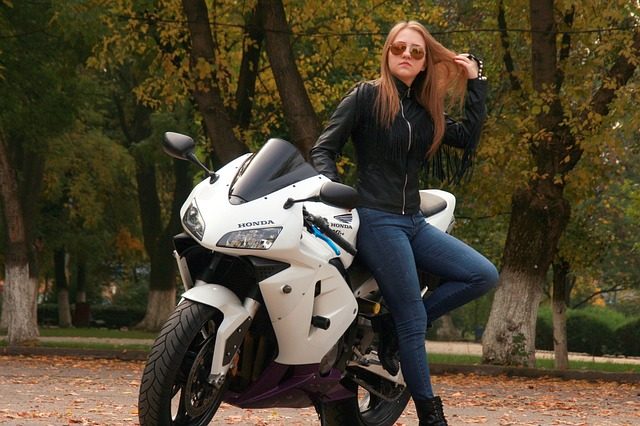 Because of the way that bikers are typically represented in television shows and in movies, the general public tends to have preconceived notions about bikers that are not necessarily correct. The stereotypical biker might be a loner or might belong to a bicycle club. They are rebels and outcasts who do not follow the law of the land but the law of their culture. They are rude, brash, tough, and confrontational. While this might be how the rest of the world views bikers, for the majority of bikers it could not be further from the truth. Most bikers are kind-hearted, upstanding citizens. In fact, there are 10 things that bikers want others to know about them to clear up any misconceptions people may hold about the biker culture.

While it does not matter whether a biker is riding a new or old bike, whether it is clean or dirty, or whether it has all factory-made parts or not, it does hold true that bikers tend to not prefer sport bikes. Bikers love a chopper or a cruiser that they can ride long distances in all types of weather, as opposed to a bike built specifically for speed over short distances. Those who already own a sport bike may desire to trade in your motorcycle for one more suitable to the biker culture.

2They Use Hand Signals Help Each Other Out

Whether bikers are riding solo or riding as part of a club, they are always looking out for one another. Bikers have actually developed a series of hand signals to use to communicate with one another while riding. The hand signals can be used when riding as a group to indicate who is to lead and who is to follow, to show which direction to turn, to let others know when a stop needs to be made, and more. They can also be used by solo bikers to point out hazards in the road to one another and to give a heads-up when police are nearby.

3They Are Creative With Nicknames

For some bikers, going by their own name is perfectly acceptable. However, others may feel drawn to develop a biker nickname to help them to identify with their biker persona. Bikers tend to be very creative when choosing a nickname because it is a ritual that is important to them and that they take seriously. In general, bikers want their nickname to have a good backstory. In addition, it is generally accepted that nicknames with just one or two syllables tend to stick better than long nicknames. Finally, a good biker nickname should speak to the personality of the biker. Beyond these three things, the sky’s the limit when choosing a biker nickname.

4They Believe In Safety In Numbers

Studies have shown that bikers are 27 times more likely to be involved in a fatal crash than people driving or riding in passenger cars. In 2015, the US had more than 5000 deaths due to motorcycle accidents. These are scary statistics. Though some people may believe that bikers are reckless, this is incorrect. Most bikers take motorcycle safety seriously. They realize that there is safety in numbers and travel together when possible. Doing so raises their visibility to those driving cars and ensures that bikers are looking out for each other.

5They Differentiate Between Patches and Colors

One of the most recognizable things about a biker is their leather jacket or vest. These clothing items often contain different insignia that represent different things. Many bikers put patches on their vests to represent organizations that they belong to, such as Bikers Against Child Abuse (BACA) and American Bikers Aimed Toward Education (ABATE). Bikers may also show their colours on their vests. These are not literal colours but rather a group of three patches that represent the club that they belong to.

Both men and women bikers volunteer their time to help those in need. Many work closely with organizations such as Bikers Against Child Abuse (BACA). They participate in “poker runs” to raise money and promote charities. They also complete toy rides to gather Christmas presents for children in need and offer time and protection to women’s shelters.

7They Include Men and Women

Many people perceive the biker culture to include only men. However, this is not the case. Women have found great joy in riding motorcycles as well. In fact, women riders and passengers make up about 25% of bikers, and the number is climbing each year. There are even some motorcycle clubs that are exclusively female. Chicks in the Wind is a nonprofit all-female club located in Florida, and Lost Girls MC is a club found in California.

8They Have Exclusive Language and Lingo

Like any subculture in America, bikers have developed their own language over the years, with its own lingo and euphemisms. Some of these are quite colourful and even vulgar. They can be known by all bikers or be exclusive to certain clubs. One popular piece of lingo is calling someone a RUB, which stands for “rich urban biker”. Another piece of lingo is Back Warmer, which is the friend on the back of a motorcycle.

9They Follow A Chain Of Command In Their Clubs

The motorcycle clubs that some bikers may belong to are not just disorganized groups of men and women who ride together and wreak havoc on roads and towns. They are actually quite organized and well-run. There is typically a president, a vice president, and a treasurer. They are responsible for the business aspects of the club. Motorcycle clubs also often have a road captain who is responsible for mapping outrides, as well as a sergeant-at-arms, whose job it is to keep club members safe while at events.

10There Are Very Few Outlaw Clubs

Contrary to what is depicted on television and in movies, not all motorcycle clubs are outlaw clubs. In fact, there are very few of these types of clubs and very few bikers who belong to them. Most of the bikers who take part in illegal activities are referred to as one-percenters because they make up only about 1% of the biker population.

Even though television and movies may show bikers as being tough and gruff individuals who go looking for trouble, the vast majority of bikers are well-behaved, law-abiding citizens with jobs and lives outside of the biker culture. They choose the biker lifestyle as a hobby and an escape from the real world. By getting to know them, people are sure to come to understand them and appreciate the good they bring to the world.

Drive Like a Pro: 7 Best Tips for Driving in Atlanta

What’s in a Color? Why the Color of your Vehicle Influences Everything from Looks to Resale Values