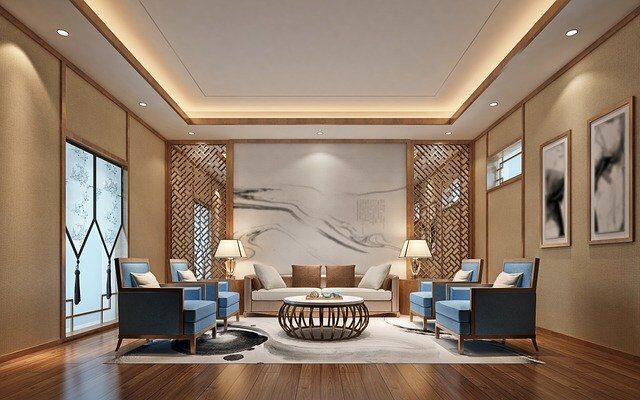 Since 2012, incandescent bulbs are increasingly replaced with lower energy consumption alternatives. But did you know that LED ceiling lights are more than just energy savers?

LED (Light Emitting Diode) bulbs have come a long way from the dim, vaguely blue-green flickers behind a computer screen. Advances in technology make the switch to LED light bulbs a superior choice for ceiling lights, floodlights, or lighting in any room of the house.

Read on to learn more.

Around the globe, inefficient incandescent bulbs are on the endangered list. Government efforts to favor energy-efficient and environmentally friendly lighting choices mean that old-fashioned light bulbs are harder to find.

Here in the U.S. incandescent bulbs started their sunset in 2012, but have not yet exited the market completely.

A compact fluorescent lamp (CFL) is the familiar fluorescent tube bent into a rough bulb shape and attached to a small electronic ballast that fits into a standard bulb socket. CFLs last longer and use about 1/3 the power of an incandescent light. Unfortunately, early CFLs had a cold light compared to incandescents.

Other objections include the poor cold start, lack of dimmable bulbs, and the environmental impact of mercury contamination. LED lamps are available for both general and special-purpose lighting. They are the superior choice for most applications.

No matter what room in the house you choose, LED bulb replacements are the way to go. They fit into any existing fixture. LED spotlights to highlight your library collection, LED ceiling lights, and dimmable downlights in the dining room, LED shop lighting in the garage—you have versatility!

If you need even more persuasive reasons to choose LED replacement bulbs over any other kind, here are 11 great ones.

1LEDs Are the Most Versatile

LEDs’ small size and low energy consumption open them up to a whole new level of lighting opportunities. in comparison to other types of lighting. They make solar and battery-powered lighting possible. Flexible LED strip lights, for example, come in many different and exciting colors.

They can be incorporated in autos, clothing, home lighting, and more. LED street lamps provide as much or more light as their sodium halogen equivalents in one-third the size and one-fifth of the energy consumption.

Ever wait for fluorescent bulbs to “warm-up” to brighten a room? LED lights illuminate at full brightness instantly, so there’s no more waiting around in the flickering dimness.

Fluorescent tubes and CFLs are energy savers compared to incandescents, but they don’t last as long as LEDs. On top of that, the tube and CFL disposal expose the environment to dangerous mercury vapor.

Modern, eco-friendly LEDs use 100% recyclable materials. LEDs need not end up in landfills or polluting the ocean.

This means they virtually eliminate or significantly reduce light pollution. The light emitted by LEDs is inherently directional. It is easily focused with a reflector to illuminate what is necessary.

Defined beam angles waste very little light. Old-style lighting was largely omnidirectional and cast light out in all directions, including the night sky.

Very little LED light is wasted, as the illumination that’s generated is directed to the area where it’s required.

5You Can Dim LEDs

Dimmable CFLs are sadly no comparison to incandescents or LEDs in terms of light output variance and pleasantness.

The switch to LED bulbs means that you will make a trip up the ladder less frequently. LEDs have no fragile filaments that burn or break. They dissipate heat more efficiently than other types of bulbs.

You can count on a LED light bulb to last up to 50,000 hours. That means you could replace a CFL bulb six times or an incandescent bulb 20 times in the time it takes to wear out an LED.

In reality, this means that the LED ceiling light over your entry will last around 17 years before you need to get the ladder! This is not just environmentally responsible, but very convenient.

Incandescents use only 20% of the energy they consume to produce light, and the rest is wasted as heat. LED light bulbs reverse the equation. They lose less than 10% of their energy as heat.

Compared to an old-fashioned light bulb of equivalent lumen output, an LED bulb uses ten times less energy. The switch to LED bulbs as your main source of home lighting results in a significant drop in energy consumption.

Not only are the bulbs better for energy consumption in terms of light, but the reduced heat generation also reduces the load on your air conditioner.

In office buildings, the savings are significant. In homes, you will see an almost immediate effect.

Thanks to advances in technology, LEDs offer thousands of color options. No filters are necessary! This makes them game changers for event production, traffic lights, and more.

LEDs are programmable, so it is possible to have a full range of color from one small unit. There is no need for rows of colored bulbs or bulky lenses.

Actually, LED light bulbs are silent. One of the issues sensitive people find irritating with CFLs and fluorescent tubes is the nonstop drone and buzz.  The transfer ballast or “transformer” in the lighting fixture tends to grow noisier with age.

Most residential CFLs use 60-hertz magnetic ballasts that operate with a familiar drone. LEDs work without distracting sounds.

10LEDs Are Safe to Use

LEDs convert less energy into heat and are unlikely to become hot enough to burn when touched. They are also unlikely to cause a fire.

Because of their size, they can be fitted in recessed areas and out of danger due to objects scraping against them or collisions. LEDs do not need glass housing and can be manufactured specifically for food service or institutions where shattering is a concern.

Everyone has experienced the dreaded flickering of fluorescent bulbs in combination with the TV or computer. Not many people can say they have never had eye-strain,  headaches, or migraines from terrible light.

The good news is that LED bulbs don’t flicker at all. That can help ease headaches and stop triggering migraines.

The right light levels and wavelengths encourage proper sleep patterns, decreasing levels of stress, and anxiety. LED ‘white’ light is tailored to suit the human eye and limits,  eye strain, and premature aging which can be caused by fluorescent illumination.

There are few negatives to switching to LED bulbs. One is the cost. LED bulbs are more expensive on a per-bulb basis than incandescents.

However, with government incentives, the cost of LED bulbs is much lower than in the past.

The technology is better too. LED bulbs can last 20 times longer than the equivalent incandescent bulb. In addition, LED bulbs now produce the full spectrum of light in a very small package.

Make the Switch to LED Bulbs

LED bulbs can be more costly than CFLs or incandescents, but you will enjoy their light for years longer. LED ceiling lights, especially in hard to reach areas like stairwells or cathedral ceilings are advantageous.

Imagine not needing a ladder to change a light bulb for a decade or more! In addition, LED bulbs use ten times less energy for an equivalent amount of light as incandescent bulbs. They are also much lighter and smaller than conventional bulbs.

Add up all of these great points, and you’ll switch out from your old, wasteful, short-lived, environmentally-harmful fluorescent and incandescent bulbs in no time.

7 Common Signs You Have Bed Bugs in Your House

Building a Home with Solar Panels? Here’s What You Should Know

A Short Guide to Renovating Your Kitchen