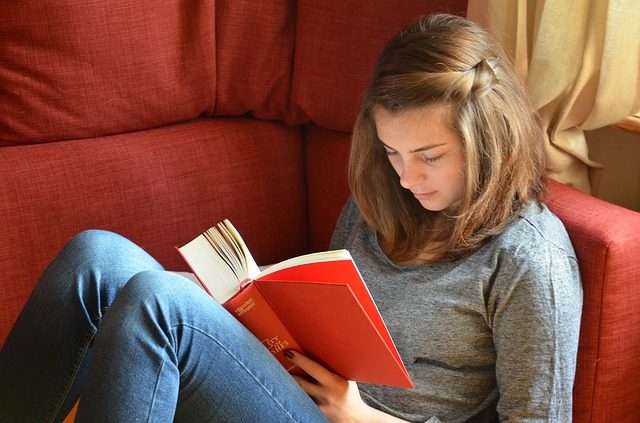 JEE is a competitive examination that is held across India every year to screen the best students out of the many who take science at their plus two levels. However, the exam is pretty competitive and encompasses subjects like Physics, Chemistry, and Mathematics in it. Each of the subjects is given equal weightage with 30 questions coming from each. It is necessary to score well in all the subjects mentioned to get good scores in the JEE main result. There are in total 90 question in the 3 hours paper with 30 from each of Physics, Chemistry, and Mathematics. The paper is expected to be highly competitive as it aims at screening the cream students who will be later admitted to the best institutes of the country for engineering studies. Hence, the standard of the question is surely going to be high enough and making just basic preparation might not be of much help. There is a comprehensive and tactical way of preparing for JEE that needs to be followed by every student. Though the syllabus seems to be vast with chapters from 11 th as well as 12 th standards, a little comprehensive method of preparation can save a lot of your time and effort.  Being a nation-wide competitive exam, JEE cannot be expected to be equal with the board exams. Instead, it is of much higher degree, and the questions feature a definite trend as well. Here are some of the things that can keep you away from exhaustion while preparing for one of the most critical examinations in India.

A competitive exam question paper will never have a detailed question in it. Instead, it will depend on the application-oriented question to judge the merits of a student in handling the problems. Hence, while preparing, you can easily leave the topics and the questions that lead to elaborate explanations. But you can always keep in mind the underlying phenomenon of the matter as most of the theory-based questions are derived out of the fundamentals of the chapters. This shows the preparedness and level of comprehension of a student. Remember to prepare the answers in a brief manner keeping the sense clear as the time is short and you need to go through 90 questions. Maximizing the possibility of success will require you to do thorough research and analysis of the trend of questions for the past few years. Once you know the pattern and the chapters that were given more importance in the last few years’s papers, screening out the relevant chapters would be easier. You can set your preparations based on the analysis then. It is never suggested that you leave the entire chapter behind as any year the question pattern can be twisted. Hence, it is wiser to get an idea of every chapter with a particular emphasis on some of them. Even if there are different questions there in the question paper, you can handle them easily if you do not give up on any of the chapters.

As already mentioned that, straight questions rarely come in the JEE examinations, you can leave the fundamental questions behind asking for definitions or statement of the laws. An examination with the weightage like that of JEE will never have questions that can be answered based on basic preparations, instead, it will inculcate the problems that need in-depth understanding of a subject. Hence, the fundamentals of every chapter need to be clear in your mind, and your preparation should conform to the analytical part of the chapters instead of concentrating on the basics of it. As far as the Laws are concerned, get to know the application of them and solve the problems consulting multiple books to enrich your knowledge.  As for mathematics, do not waste time, solving the problems that can be done only by applying the formulae in them. The ones that need clarity of the fundamentals of the operation are required for JEE. Here also, you can refer to multiple books to get an idea of how prepared you are to handle any sort of question from a given topic of Mathematics. Geometric constructions can be left behind as the JEE paper does not include the construction part. But there can be questions from the application part of it. Hence, get ready for the extras instead of the theorems. But, to solve the problems correctly, understanding the theorem is a prerequisite. Therefore, get the concept of the theorem clear in your mind and spend time on developing applications on it. Be it algebra, Calculus, Trigonometry or Coordinate Geometry, your preparation should be impeccable avoiding the basics and involving the intricate problems. Practicing the previous year’s questions will also benefit you and will give you a fair understanding of the entire volume of questions and their nature.

Avoid topics that are not fundamental

In a chapter, there are always topics that cover the basic idea and general information which are not fundamental but are there to make your understanding be clear on the topic. While preparing for the boards, we generally cope up with the basics. Hence, you can leave the idea of re-studying these general ideas all over again while preparing for a competitive examination like JEE. Leave behind the basics and concentrate on the fundamental theories of the chapters to better comprehend the topic. If you stay conceptually clear, problems will become easier for you to solve. Instead of wasting time going through the basics of the chapters, invest time in building the analytical power of the theories. Most of the question will involve some of the numeric problems for Physics and Chemistry. It is essential that you concentrate on the numeric problems of the chapters rather than just learning and memorizing the theory part of it. Get a hold of the concepts first and then keep solving the numeric problems. This will keep you ahead of others and also maintain the timing as in a competitive exam, solving the paper is not enough; you need to be on time as well. Learn the tricks to solve the problems in shorter and simpler methods that will save a lot of time for you.

Last but not least, JEE is an examination that can change the trend of your life and can get you nearer to success. If you wish to shine brighter and grab a career worth having, take the preparation of JEE seriously and avoid unnecessary efforts to reroute the energy into an adequate preparation. With the examinations around the corner, every student needs to go through comprehensive learning and not just to learn.

What can you do with a B.Tech in Mechanical Engineering?

What Skills Do You Need To Write A Great Dissertation?

How To Make Your Writing Stand Out

Top 6 Reasons Why an ITIL 4 Certification is Important

How to Choose the Best IAS Coaching in Delhi?

5 Ways Technology Can Be Used to Find Out If Someone...