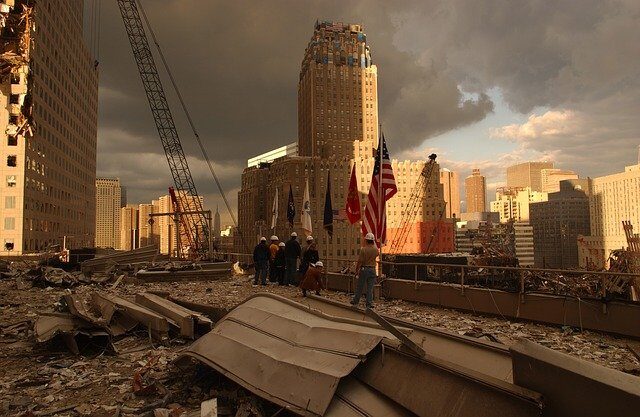 No one can doubt that the 9/11 terrorist attacks changed America forever. In some ways, the country came together. In others, it caused rifts that still have not healed.

There is one sure thing, though: many heroes died that day. They include police officers, firefighters, and medical personnel. Some of them continue to die today because of their heroic actions nearly twenty years ago.

When people think about 9/11 heroism, James Zadroga is one of the names that comes into their minds. Everyone should know who he was and what he did.

Who Was James Zadroga?

James Zadroga was an NYPD Detective who dashed to the Twin Towers when he heard about the explosions. He was one of the many police, firefighters, medics, and brave journalists who rushed to cover the World Trade Center attacks. These individuals:

James Zadroga spent many hours digging through the debris while the toxic dust swirled around him. That dust contained glass, steel, asbestos, and many other contaminants that were not safe to breathe.

Zadroga had no way to know the danger he was in, not did the others that helped alongside him.

Zadroga developed a persistent cough, headaches, acid reflux, and breath shortness. He tried to continue in his duties, but in 2003, doctors diagnosed him with Black Lung Disease.

There are many others like James Zadroga. Many of them, such as other cops and firefighters, dug at the 9/11 wreckage for days after the attack. They breathed in that toxic cloud, which swirled around them. They thoughtlessly risked their lives to try and save the last few trapped individuals.

However, the toxic chemical cloud did not just affect the first responders. It also affected:

The reality is that the area workers did not know how dangerous it was to breathe in the air directly following the 9/11 attacks. James Zadroga was one of the individuals to die in the years following 9/11, but there are also ordinary citizens who were trying to pick up the pieces. They also inhaled the deadly chemicals that killed this American hero.

Are We Doing Anything to Help These Individuals?

In 2006, when Zadroga died, the governor signed legislation meant to help the 9/11 workers who were getting sick. That was a great first step, but the story did not end there.

Many first responders and area residents continued to experience a wide symptom array after 9/11, and their time spent close to the tower wreckage. Many of them contracted cancers, acute lung damage, and more.

Eventually, Congress passed the James Zadroga Reauthorization Act of 2015. This was well over a decade after 9/11. Perhaps some people were no longer thinking about the terrorist attacks by this point. Still, some advocates, like the comedian Jon Stewart, fought tirelessly to get benefits for these struggling individuals.

What is James Zadroga’s Legacy?

James Zadroga is far from the only individual to die from trying to help the fallen after 9/11. He has become a symbol, though. Heroism and selflessness make up his legacy.

The Zadroga Act has allowed thousands of individuals to seek help if they took part in the post-terrorist attack rescue operation and cleanup. It has helped the individuals who tried to continue working and living in that area following the attacks as well.

This terrorist attack made Americans reexamine their place in the world. Perhaps some of them thought they were invincible before 9/11. They came to understand that there were those in the world who wished them harm and were not afraid to attack them on their own ground.

This is a sobering realization, but James Zadroga has nothing to do with that. When people remember his name, they think of kindness and compassion. They think of a man who wanted to help his fellow citizens more than anything else.

While hatred caused the 9/11 attacks, some good came from them too. We got to see heroism examples like Zadroga’s that we will never forget. While what happened to him is tragic, and his family misses him to this day, his name continues to ring out.

He set an example for what we can be if we put others before ourselves.

Tips on How to Engage with People with Disabilities

Green the City: 4 Unexpected Benefits of Urban Farming that Directly Affect You

How Can Abundance Prayer Help You Attract Success?