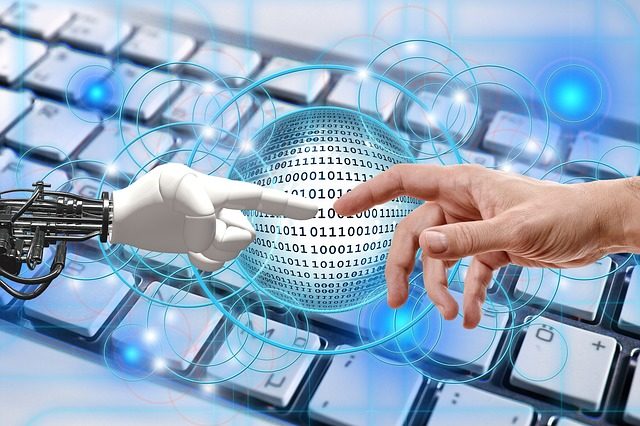 The consequences of human errors aren’t things you sit around and think about all day, of course, but when you work in the manufacturing industry, human error can be the very thing that costs you your job. Because human errors had become so frequent, various technologies came about to improve accuracy in many manufacturing sectors.

The technologies that came about, came in the form of robotics, AI (artificial intelligence), and other emerging technologies. When these technologies came forth, it sent a shock wave through the workforce and the next thing you know, there was speculation about the “Rise of the Robots.”

In case you’re wondering what the “Rise of the Robots” scare was about, it was a fear among people in industries where their job security was threatened by advancements in technology. Just look at the futuristic technologies transforming the automotive industry…

If someone worked a position where accuracy was a job requirement, their job was on high alert to be taken away simply because machine technology was able to do their job 10 times faster and with impeccable accuracy.

People were very upset because they were afraid they were going to lose their jobs… Well, the reality is that people were indeed losing their jobs and at an alarming rate. BBC.com reports that by the year 2030, 20 million manufacturing jobs could all be run by robots! That’s actually not too far-fetched of a speculation if you really think about it.

The thing to keep in mind with that speculation is the reality of it. When most people hear things like that, their mind automatically goes to an image of these “metal shells” that look like humans but aren’t, and they’re doing the jobs that humans once did. Picture the movie I, Robot and that’s the idea that people have in their head… but it’s not like that at all.

The reality of the whole “Rise of the Robots” epidemic is that a lot of the jobs the robots were “taking over” were still run by the employees. So people didn’t completely lose their jobs, the robots just took over some of their responsibilities. But in the same token, there really were people who lost their jobs because there no longer was a need for an employee to fill that position.

To be fair, people weren’t losing their jobs because their boss didn’t like them, people were losing their jobs due to human errors. The thing about human errors is that they can cost businesses lots of time and money if they happen often enough. In fact, human error was the number one cause of manufacturing and production loss. Since advancements in technology have come along, accuracy in manufacturing and production has been on an upward trajectory.

Sure, it’s never fun to get fired, but sloppy work, which also sometimes translates into human error, is one of the fastest ways to get fired. Because that had become such a prevalent issue, companies started to look for accuracy through technology. The interesting aspect of human error is that it doesn’t solely come from “sloppy work.” Human errors stem from a number of reasons.

Take a look at the different areas where technology won’t make the errors that humans make.

Everything from stress and sickness to distractions and fatigue, these factors directly impact your ability to effectively do your job. Maybe you’ve been working a lot of overtime and your mind and body are extremely tired… In that moment, your body is telling you to take a personal day but your mind is telling you to go into work anyway because you need the money…

Unfortunately, people are put in that predicament all the time and they never listen to their body, which then causes them to make careless mistakes at work. Depending on the industry you work in, your careless mistakes can have serious consequences.

Take, for instance, nurses. Most nurses work twelve-hour shifts. Imagine if a nurse worked two twelve-hour shifts consecutively with very little rest in between… That nurse could give medication to the wrong patient or fall asleep on the road heading into work… that’s a human error that machines wouldn’t make.

Of course, a machine isn’t going to have the bedside manners of a nurse but machines oftentimes don’t require eight hours of sleep nor do they deal with emotional issues that affect the way it does its job.

Mistakes in procedures are probably the number one reason why lots of businesses shifted from humans to machine technology. With procedural mistakes, they’re the result of directions being given poorly or because the employee either didn’t fully understand them or simply didn’t want to follow them.

Take the mixing of adhesives, for example. This a process used in electronics, industrial, and construction industries. Getting the ratios right every time can be very tricky and not getting them right every time is the leading cause of inaccuracies. That reason alone is why businesses in those industries use a dispensing machine to cut out human error.

The only role a human would play in this role is to input the right ratios into the dispensing machine and the machine will dispense the set amount accurately every time. Imagine the weight of responsibility that has come off of the employees’ back and the company’s back as well!

We live in a digital era and if you can’t make the necessary adjustments or adapt, then you’re not going to survive in the job market very long. These computer systems are well-designed and can outperform humans significantly. The only way a computer system wouldn’t operate properly is if the employee doesn’t operate it properly.

Once you have an employee that understands the processes, they will be able to input the necessary information and watch technology take care of the rest!

Contact us: newsfor[email protected]
© 2020 all rights reserved by News For Public.