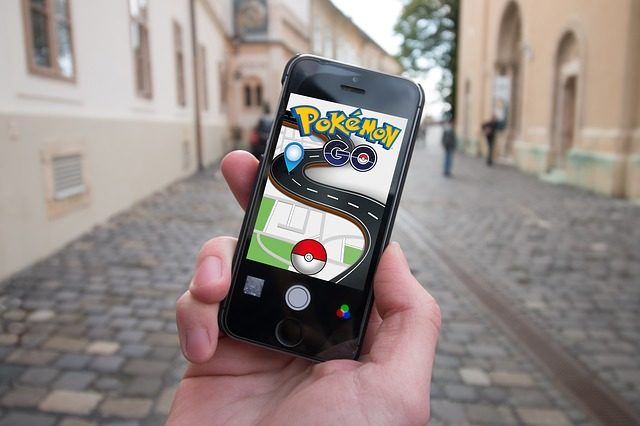 The Internet is flooded with all sorts of interesting plugins, tools, and platforms. You can find it all there, from movie streaming apps to anti-stress tools, but there is one niche that makes the world go crazy every once in a while.

We are talking about the gaming industry and Pokemon Go, one of the most popular augmented reality games ever. Over five million users play Pokemon Go on a daily basis, while the game made a record $207 million in its first month upon release.

It is obviously a huge success, but we must not forget that there are many other games just as exciting as Pokemon Go. If you are curious to learn more about it, keep reading our post to see 25+ amazing games like Pokemon Go that you should install and play.

We open the list with Ingress Prime, a galactic mystery game that puts you in the position of a hero who must defend human beings from the unknown evil force. It is one of the most popular freemium games, with over 50 million downloads globally.

If you are interested in outdoor adventures, then Geocaching might be the perfect option for you. As soon as you start playing, you will notice lots of similarities to Pokemon Go. Geocaching is based on the same GPS technology, but this time you are supposed to find hidden gems.

WallaMe represents an excellent choice for friends who would like to have some remote fun. This game allows users to create a message using AR technology and hide it under the table, on the wall, or wherever they find it convenient. WallaMe is a free app and it comes without promo messages or boring in-app purchases.

Users who want to play games while taking care of their health and fitness must install and test The Walk. It forces you to take a 13-hour quest searching for the ultimate goal (which we don’t want to reveal). The Walk is fun and healthy, so who wouldn’t give it a try?

Another way to lose weight is by playing Zombies, Run. The game puts you into a strange situation in which virtual zombies are chasing you, thus giving you a big motive to keep running. In order to enjoy this game to its fullest extent, you need to put on your earphones.

Just like the name suggests, Nightenfell: Shared AR is designed so as to allow a group of friends or colleagues to play together. If you and your friends are true fans of magic and mystery, don’t hesitate to try Nightenfell.

Aliens on the Table

Players who like shooting games can test Aliens on the Table. The goal of this game is to prevent alien invasion and, of course, save planet Earth. Aliens on the Table is simple but entertaining, so we definitely give it thumbs up.

We must take a break from shooting games to present you Landlord Tycoon, a sensational app that is perfect for all of you imaginary investors out there. The challenge is to build a real estate empire worth billions while facing numerous natural disasters, competitors, and other obstacles.

Sharks in the Park

Parents who want to introduce their kids to the fantastic world of dinosaurs or exotic animals can do it using Sharks in the Park. All you need to do is go outside (a park would be perfect!) and create a brand new world of amazing creatures.

This app combines two popular gaming themes – zombies and shooting. Zombie Gunship Revenant AR gives users the opportunity to operate a helicopter and kill zombies from high above. Needless to say, a weapon arsenal is one more thing that makes Zombie Gunship a great choice for AR gaming fans.

Jenga AR is the digital version of a well-known analog game. You probably know how to play it already – remove blocks from a larger construct one by one. The game ends when the whole thing falls apart. Although it seems too simple, Jenga AR is actually a very entertaining game even for hardcore gamers.

Aliens usually threat the entire planet, but this time you have to stop them from destroying your city. AR Invaders is the classical “aim and shoot” game that you can play in the standing or sitting position.

Sports fans will definitely like AR Basketball Game, particularly if they want to play a simple simulation that doesn’t require heavy equipment.

Genesis Augmented Reality is a highly addictive game that creates a brand new universe full of magic, mystery, and alternative powers. It offers you real-time action that you can enter 24/7. Genesis Augments Reality is filled with different features and game plans, so give your best to research this exciting universe.

If you don’t like zombies and aliens but enjoy hunting ghosts, give SpecTrek a try. The game forces you to research, locate, and hunt ghosts in a virtual environment. The game is intuitive and it won’t take you more than two minutes to figure it out completely.

A genuine Pokemon Go fan should definitely try Father. It’s the first-person shooting game that really pushes players to the limit. The only shortcoming of Father is the fact that you need to purchase an inceptor device in order to use the multiplayer mode.

Invizimals: New Alliance is an amazing adventure game that turns players into animal-friendly heroes. Namely, your goal is to save more than 100 species from extinction by protecting them from the so-called Xtractors. While the app is free for downloads, you do have to buy trading cards in order to make it fully functional.

Who says dragons have to be evil? Playing Dragon Mania Legends, you get to protect those creatures from bloodthirsty enemies. You can even train dragons and teach them to be stronger, smarter, and more resilient. The game is the right choice for players who love well-designed fantasies.

Users who really like to engage and take action should test Anomaly: The Rubicon AR. The game gives you the chance to explore its magical novel by pointing a smartphone camera at one of its pages. This is exactly when the magic starts, but we will let you discover it on your own.

ARrrrrgh is a lovely adventure designed primarily for parents who enjoy playing with their kids in an indoor environment. It’s a “seek and hide” type of game that revolves around a parrot which helps players to locate and acquire hidden treasure.

Army of Robots is yet another AR-powered game that thrills young players who can’t resist quality action. Your mission is to kill the robots while avoiding their attacks with real-life, physical movements.

Now, this is a game for 18+ players who want to turn beer drinking into a genuine 21st century game. You probably know how the game works in real-life, while Beer Pong AR only helps you to play it on whatever location you want.

Temple Treasure Hunt is another game packed with thrilling treasure hunts, interactive maps, and mind-boggling clues. What makes it different than similar games is the fact that you can also choose to protect the treasure instead of hunting it.

Have you ever dreamed of becoming a detective? If yes, dARk: Subject One gives you a perfect opportunity. However, the game is not so simple because it puts you in a dreadful parallel universe flooded with all sorts of scary little features.

Here comes a bonus suggestion called Slingshot Island. This is a shooting/puzzle game that encourages you to solve interesting problems while playing with your slingshot. A great way to spend a few hours of your spare time!

Pokemon Go is one of the most successful products in the history of gaming, but it shouldn’t keep you distracted from all the other exciting games. We showed you our top picks in this post – let us know what you think about it and tell us if you have other interesting suggestions to share with us.

How Gaming Monitor Technology Is Changing The World Of The Gaming Industry?

5 Key Skills Every Gamer Should Have

4 Tips for Traveling Abroad by Yourself