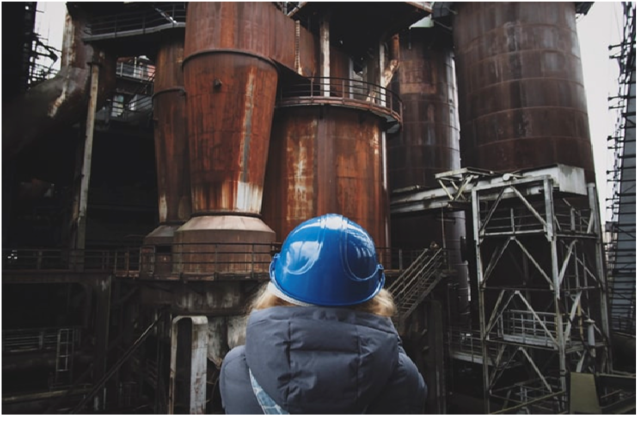 It’s a famous expression and it’s true: whatever fails to adapt to change gets left behind. In the context of North American manufacturing, evolution meant finding a way to compete against factories located in countries that benefited from cheaper labour and fewer regulations.

Factories here began to automate parts of the production line to boost efficiency, making manufacturing economically viable again after many predicted its demise after decades of decline.

One of the tools that drove automation was the coordinate measuring machine (CMM). Please read on to learn more about how CMM machines work, and their role in helping to rescue North American manufacturing.

CMM machines measure the physical geometrical characteristics of an object or a part. They can be manually controlled by a human operator, or they can be controlled by a computer. A third moving axis has a probe which defines the measurements. This makes CMM machines perfect for automating quality control along production lines.

The CMM machine compares the scanned part to that part’s blueprint, which has already been uploaded into the machine. The machine knows the part or object contains a flaw if it detects any discrepancy between the results of the scan and the blueprint.

The testing and calibration of coordinate measuring machines is important because it performs the role of quality control with more precision and speed than a human employee ever could; indeed, automation via CMM machines has been one of the most successful responses to the challenges posed by globalization.

Evolution is always in flux, because the world is constantly changing and companies must be ready or they risk becoming obsolete. Thankfully, the adaptive technology that saved North American manufacturing is still evolving.

Known as Industry 4.0, new technology is once again changing how factories in North America operate. Now, software allows machines to automatically exchange data with other machines.

Essentially, machines can have conversations with each other. While still in the early stages, Industry 4.0 is already having a major impact today.

Whereas before CMM machines saved time by catching imperfections right away, now they save even more time by identifying the cause of the flaw, preventing an employee from wasting time assessing what went wrong. Industry 4.0 mitigates the cost of equipment failure automatically, on top of performing all the ordinary functions of a CMM machine.

ATEX Equipment: Everything You Need to Know

How to Start an LLC Easily