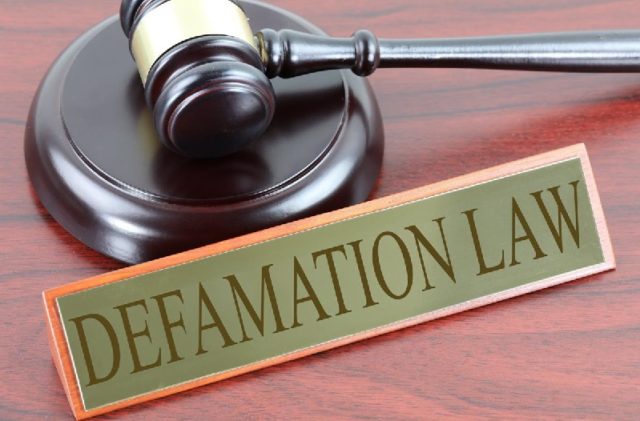 The modern age of inter connectivity has given a voice to billions of people around the world, allowing them to engage on various topics across continents and share cultures with one another in ways never before seen. It has also been used to attack others and defame their character. While sometimes warranted, the freedom given to others through social media has been used to lie about others, destroying their reputations in personal and professional ways.

If you are active online, good practice says to routinely scan through your pages to look for old posts and tags which could be viewed negatively or taken out of context to defame you. While most comments can be dismissed as hateful nonsense, an accusation that sticks can have surprisingly drastic real-world consequences so be prepared to defend yourself. In extreme cases, sustained attacks on a person’s character can be detrimental to mental health. Beyond conventional social media, websites designed to ‘expose’ people who have allegedly wronged others or for other negative views and actions.

For example, websites like PlayerBlock have become an increasingly popular place for people to expose cheaters and otherwise undesirable romantic partners. The problem however is that there is little vetting or arbitration of content as it allows users to freely post their opinions in an attempt to educate others to avoid the individuals in question. Someone using libelous information in an attempt to defame another will quickly be accepted.

It’s no secret what the results of the practice has wrought, recent database hacks such as the Ashley Madison leak have led to mental health problems and even suicide. Families are similarly torn apart as a result of libelous statements as well, leading to depression and in severe cases suicide. Recent social justice movements such as #TimesUp and #MeToo have done wonders in shedding light on the abuses of women and men which often leads to individuals being judged in the court of public opinion. The results usually detrimentally negative for the accused, lasting well beyond findings of innocence in a court of law.

In many cases, legal cases can be pursued when information can be proven to be inaccurate and content removal services are available online. When legal avenues fail due to anonymity, or content cannot be tracked, there are a number of ways to protect against the fallout of potentially libelous information. There are a number of defamation defender websites designed to bury negative content with new content designed to tell the true story or highlight positive traits of their clients. Whether someone makes a mistake or is the victim of a libelous attack, the online court of public opinion is swift and merciless. With a proactive online engagement practice and the tools to defend against defamation you can set the record straight and protect your online reputation.

What is the Difference Between Bacterial Vaginosis and Thrush?

Hydrogen Peroxide Teeth Whitening Remedy: Is It Safe to Use?

What a Margin Calculator has to Offer?

A Detailed Review of the A-Train Marijuana Strain