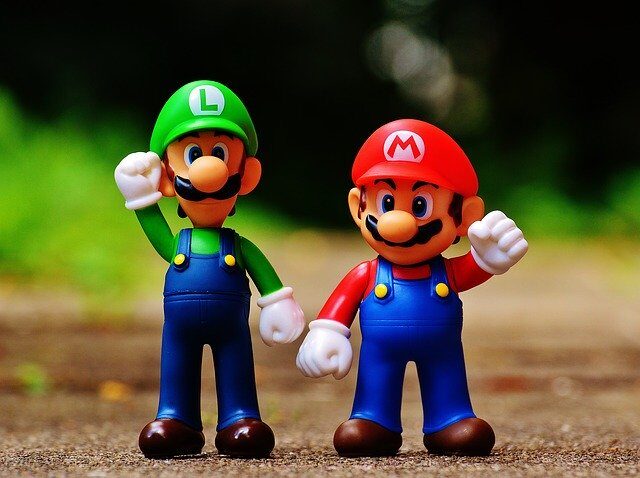 Platform games are a video game genre and subgenre of action games. Often known as platformers, they are characterized by the heavy use of jump and climb actions to navigate the gaming environment so as to reach the goal. Platformers have been around since the dawn of video games themselves, with the spawn of legendary franchises such as Sonic the Hedgehog and Super Mario Bros. The following is a list of the ten most iconic platform games that have made a great impact in the platforming sector. And if you need the right gaming equipment to enhance your performance, be sure to check out this windows gaming laptop.

Super Meat Boy is a 2010 platform game in which players control the cube-shaped character as he fights his way through to rescue his loved one. It is one tough game to get through, comparable to the traditional platform games like Super Mario Bros, as it has over 300 difficult levels that you will certainly fail over and over again. The game is lighthearted and entertaining, where much of the platforming in the game is dependent on momentum, which makes the game a very fun one, but which can also be quite frustrating at times. There are also several grades that players can attain, depending on how fast they clear the levels.

2Monster Boy and the Cursed Kingdom

Monster Boy is a side-scrolling adventure game whereby players control the game character as he fights against enemies, as well as solve puzzles so as to progress through the game. It is a charming game that takes players on an adventure of shapeshifting. The game character can shapeshift into various animal forms like a pig, frog, and dragon, which each have different abilities and strengths that can be upgraded. There is much to adore in the game, and fans of the retro games may experience some nostalgia.

Fez is one charming puzzle-platform video game that completely embraces the new technological advances of the decade, and which forces players to think outside the box. Players are left without any guidance as to whether the game elements are decipherable sub-puzzles, or are just simply false signals. The game puts an emphasis on discovery and freedom, where the objective is to collect cubes and cube fragments to restore order to the world. Overall, Fez priorities puzzle-solving and the exercising of patience; Fez has no enemies or bosses of any sort, and the game character instantly respawns upon falling to his death.

Limbo is a game centered around mystery, and it tells players absolute nothing, leaving it all to one’s imagination. While the puzzles and the game itself are short, the game is well designed in the use of its movement restrictions as a core mechanic and is just so exciting in how it endlessly confuses the player throughout the game.

Sonic Mania is a fresh and exciting game that the series dropped in 2017, and which homages the original Sonic games we all remember. Likewise, it features speedy side-scrolling gameplay, and it takes place over twelve levels, including eight re-designed stages from the previous games. Its presentation, music, and level design is certainly praise-worthy, and it has to be one of the best Sonic games of the year.

When the game first dropped in 2014, Shovel Knight was indeed a sensational one, and its legacy has only further grown since. With multiple sequels and an endless journey of adventuring, the game is very fun. The platforming is tight, controls are made to be concise, and the mechanics are easy to learn. With simple rules, Shovel Knight lets players utilize their imaginations to progress through the various levels and fight off enemies.

7Ori and the Blind Forest

Ori and the Blind Forest is a wonderful game that seems to bring more peace than the average game to players. Instead of stressing players out with tough tasks, the game gets players to solve the problems by taking a step backward to calm down. The artistry and music in this game are certainly incredible and can bring a constant feeling of happiness and joy. As you fall deeper into the game, it’s easy to find yourself caring for the creatures and wanting to free them from their pain.

Similar to Dark Souls, Hollow Knight is about the dark reality of a collapsed community which might be lost forever without the player’s help. The game may be difficult, but the combats are set up in a way such that the boss battles are intense but which somehow warms the soul.

Celeste is certainly a game with higher difficulty, but this makes it even more rewarding to complete than any other game. The game themes may be apparent, but as players dig deeper into each individual event, the intended point is beautifully conveyed. The main character is relatable, and the game shines light onto raw yet meaningful struggles that really bring awareness to an important message. Furthermore, the game has an amazing soundtrack which makes the game experience even more enjoyable.

Last but not least, this legendary game is undeniably at the top of platformers with the extent of good content it contains. While Super Mario Odyssey has to be the easiest game on this list to tackle, there’s just something about the joy of progressing through the different locations, unraveling every secret, and solving all the puzzles, that makes this game ten out of ten. Every new world is treated like a five-course meal nailed perfectly by the developers. The end result is a fresh new feeling that makes for an amazing game. One great aspect of the game is that it can last for as long as you wish, which means that you can set your own goal and strive to reach it.

There are no doubt many more platformers that are certainly worthy of appearing on this list, as there are simply too many iconic games that have popped up over the decades.

5 Must Have Golf Essentials You Should Keep In Your Golf Bag!

How you can Win $1 Billion Playing Powerball Lottery Online

5 Best Golf Destinations to Visit in 2020