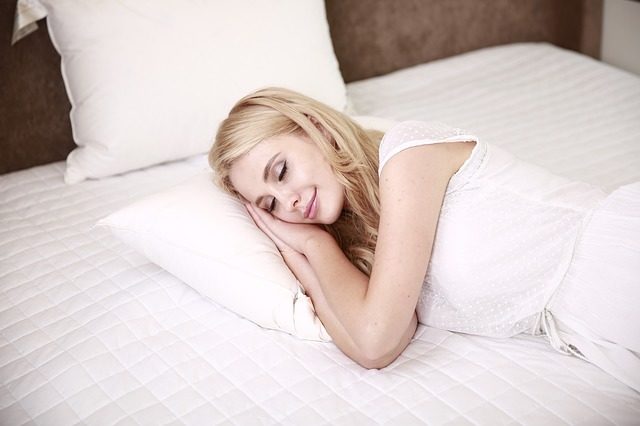 Sleep is essential and non-negotiable. It is considered that sleep is necessary for getting more energy and better cognitive functioning during waking hours. How much do we sleep? It’s been said that people sleep 33 percent of the time during their lifetime, and that translates to 26 years. If you live up to 78 years, you would have spent only 52 years awake.

Many Latin American countries adapt a biphasic sleep pattern, and they have a term for their afternoon break called siesta. Polyphasic is entirely different and involves taking multiple naps. One type of polyphasic sleep, the Uberman sleep, requires a series of 20-minute naps throughout the day for six times. The Everyman schedule, on the other hand, starts with a three-hour sleep followed by 20-minute nap breaks throughout the day.

The following are just some of the benefits of a polyphasic sleep schedule:

Are you the type of person with tons of activities to do? Do you look forward to every waking hour and have everything already planned out? A polyphasic schedule helps you maximize your day so you will be doing more with your waking hours. Because you will be up and awake, you will be accomplishing more things. You will be able to fit at least several activities first thing in the morning, such as having phone conversations, having a coffee, walking your dog, and having a shower.

2. You Can Dive Right In The REM Sleep

REM or Rapid Eye Movement is crucial to brain activity. It is the restorative part of sleep that heals the brain and regenerates brain cells. It is the reason you wake up fresh and alert each morning. REM is also the part where dreaming occurs. Most monophasic sleepers only spend 20% of their time in REM sleep and 65% in non-REM sleep.

Non- REM sleep or light sleep is considered not beneficial at all since only REM matters. Polyphasic sleepers get right into the deep REM cycle immediately and lessen their NREM. People who have trained their bodies into polyphasic sleep enter the REM state almost immediately even if they are just napping, which is referred to as “repartitioning”. If the body becomes sleep-deprived enough, it adapts to achieve the necessary amount of rest.

Polyphasic sleep gives you more intense dreams and more lucid dreaming, which is a good sign that a person is really in REM mode.

3. Your Brain Gets Multiple Breaks Throughout The Day

5. Increases The Frequency Of Waking Activity For Emergencies

6. You Can Change Your Biorhythm Without Having Medical Issues

Polyphasic sleep has been around since ancient times. The key to being successful at polyphasic sleep is to keep it consistent. Most people’s biorhythms are dictated by human-instituted habits such as work schedule, which establishes that people have to be awake at 8 to 5 with only a few breaks in between. However, many polyphasic sleepers have had no medical issues after switching to this sleeping pattern and had normal health.

7. You Will Feel Less Sluggish And Tired

8. You Will Be Among The Great Minds Who Have Adapted A Polyphasic Sleep Pattern

Perhaps the best evidence that shows that polyphasic sleep works and is beneficial is how it has been adopted by different prominent personalities throughout history. Many great thinkers and artists, including leaders have adapted a polyphasic sleep schedule:

There are many other great minds that habituated to a polyphasic sleep pattern and their lives have shown that this sleep pattern didn’t prevent their creativity, passion, and ability to achieve amazing things.

9. Increased Feelings Of Euphoria And Happiness

People who are depressed sleep more and too much sleep has been linked to many behavioral and mood disorders. In contrast, polyphasic sleepers spend more time awake and there is some evidence that they have increased happiness and feelings of euphoria. They also have better mood and social skills.

10. You Will Get Better Sleep Quality

When it comes to sleep, it should be quality and not quantity. Some people sleep half the day, but they still wake up groggy and with low energy. Polyphasic sleepers are different, and they get density and stability in their sleep. You will get stronger sleep compared to monophasic and biphasic sleepers. It should also be noted that people with sleep disorders such as nightmares, sleepwalking, or muscle soreness will feel better after switching to a polyphasic sleep pattern.

11. Your Power Naps Can Help You Become Both A Night Owl And An Early Riser

If you think that you are a bit of both a night owl and an early riser, polyphasic sleep can help you become both. The benefits of being a night owl and early riser is that there isn’t much noise around during these hours, so you can do your tasks in full concentration without being distracted. You can also accomplish more if you sleep less and focus more on quality but shorter sleep breaks.

5 Common Signs You Have a Drinking Problem

How to Gain Muscle Mass: 5 Surefire Tips Everyone Should Know

Ordering Prescription Drugs from Canada: What You Should Know