An aptitude test is a perfect tool to understand the psychological capabilities of a person. One needs to have a sharp mind to learn new things and solve problems which arise out of nowhere. This is where the reasoning skills of a person come to his rescue. These tests, even evaluate the physical talent of the students in multiple domains.

By taking an aptitude test, a student comes to know which career will be better for him. The mindset of students these days has changed a lot. They now want something thrilling or adventurous to work on.

One of the most challenging industries where one can work is the elevator industry. You need to work at heights and then there’s a risk of getting stuck in the dark. Then there are sharp tools which can cause harm to the workers. Such intense challenges require the candidates that can work really hard to help people and fix other issues with the elevators.

There’s a specific test; Elevator Industry Aptitude Test (EIAT), which is being used by the employers to hire employees for such a robust job profile. It is a pre-apprenticeship exam for the International Union of Elevator Constructors (IUEC). The test was designed by the National Elevator Industry Education Program (NEIEP).

The exam focuses on reading and mechanical comprehension, and arithmetic computation. A four-tier ranking system finalizes the score of every candidate. One needs to score at least 70 percent marks to get to the next level.

Besides this, there is a list of tests that have been used all around the globe for the purpose of reviewing the potential of students as well as former employees. It can thus be said that aptitude tests have made themselves a vital part of education.

Why is it hard for students to clear the exam

No matter how many students want to work in such stressful industries, only a few of them can make their way, just because they don’t concentrate on their psychological growth. It can apparently not be blamed entirely on the students as well. The education has gradually become a rat race. If one does not score well in academic exams, he might have to face discrimination at multiple levels. But over the time, the requirements in the real industry have changed significantly, and students need to pace up to keep with the time.

The capacity of a person to solve the real-life problems increases when he makes himself capable of solving the problems in an exam which lasts for just a couple of minutes. When a student practices time, and again, he becomes habitual of working hard on the same stuff, which can otherwise be a boring task. 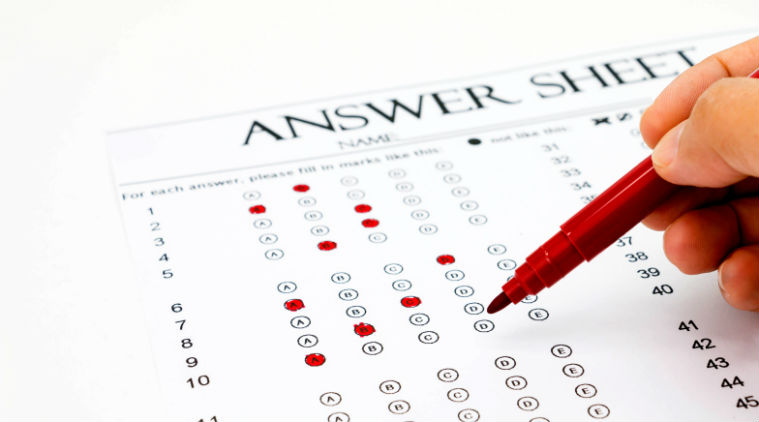 To make it somewhat easier for students, blended learning is what most of the institutes have been using. The learning objective here is to sharpen the mind to solve all those problems in the given time frame. Blended learning makes it possible for the students to learn through digital ways in the same classrooms.

It is necessary for the instructors to understand the pace of the students before they begin asking them to get to work.

Do not Confuse it for Intelligence Test

There’s a term ‘Intelligence Test,’ which must never be confused for aptitude test. These two have a different purpose altogether. Much has already been discussed about the latter one. The former one is used to measure the general intelligence of the candidates.

Aptitude tests are much narrower, but that is what the need of the hour is. Some tests, however, focus on both these areas. But such tests find their applications in very few industries yet.

It can thus be concluded that the aptitude tests are a good way to judge the potential of students in various aspects. Such tests, however, cannot evaluate everything. Interests and experiences of a candidate must also be considered play. With enough training and practice, any student can ace the reasoning skills and also score very good in any of these aptitude tests.

10 Websites to Help Improve Your Grammar

Electives in College: 5 Tips to Choose Classes for the Best Experience

3 Tips for Students Who Struggle With Performance Anxiety

What Is Z-Library? Top Best Alternatives of Z Library