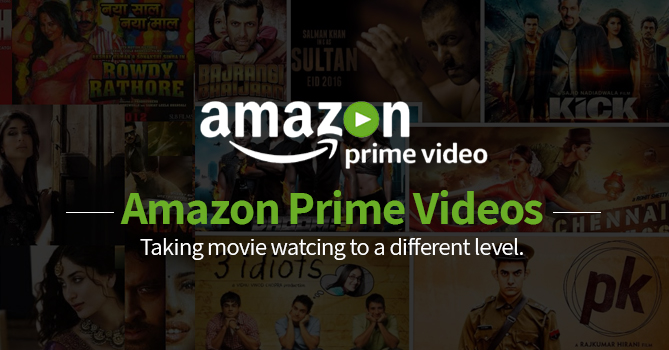 For decades now, the Indian television has encouraged the production of original series and has always bagged a large viewership. With the emergence of new, high-quality, and contemporary web series through the e-commerce behemoth Amazon Prime Video, the Indian audience has been taken special care of. The providers haven’t just kept an assortment of multiple themes, but also have content for all age demographics. To their help have come Bollywood directors, Kabir Khan and Farah Khan who are working on shows that would serve the audience as India’s Western.

Check out the best of Amazon laptop sale here

Amazon claimed to open Prime Video in India with 17 shows in 2016, which clearly did not happen. However, Amazon now stated that it is aiming for 10 originals for its Indian viewers. It now plans to focus more on mass-appeal shows.

Ever since the CEO of Amazon Jeff Bezos let out a mandate which stated that the Prime Video offerings would incorporate having their own series of Game of Thrones. This came as a result of the Lord of Rings prequel series which gained a whopping $250 million. It’s as they say, “Amazon does not like losing, even when they’re winning.”

One of the main reasons as to why Amazon Prime Video is desperately looking for its own Game of Thrones series is that its counter competitors- Netflix, Hulu and HBO are continuously putting up blockbusters where at the same time Amazon Prime Video is still a niche player. And in this race of getting among the top entertainers, it is ready to lose out on its shows like- Z: The Beginning of Everything, which was basically a show that focused on the life of Zelda Fitzgerald. The first season of the show was quite a hit, however, the second season was called off all due to the hunt for a series like Game of Thrones.

However, it has been quite some time that the viewer’s haven’t seen any series that resembles Game of Thrones, or rather anything fantasy. Afterall, looking for a series like this is a huge order. Series like Star Wars, Game of Thrones, and even Harry Potter have a great cultural impact and can’t just pop up. A success like the one these shows earned is an incredibly tough one to predict. The series of The Man in The High Castle by Amazon Prime Video did, however, stand close by its surprisingly great offering. However not many know about the same, hence it did not have such an impact.

In my opinion, for Amazon to hunt for a series idea like that of Game of Thrones it’s going to take some key acquisition deals which would subsequently allow them to convert a book or comic series into a hit show for Amazon. Or the HR would just have to hunt or some incredibly talented writers that could create an original series which would be a hit just like Thrones. Just like Amazon has always succeeded on their agendas, they would succeed on this one as well.

At the end of the day, in this era, when entertainment has found out its way through the online mediums to reach the customers, platforms such as Amazon Prime Video are equivalent to a brand. This is because Amazon not only caters to the need of its potential customers with a wide variety of shows but also provides numerous attractive originals. The sole reason as to why they have attracted huge crowds as their viewers and earned lots of love from the critics.

Add Up Funny Quotes for Light Hearted and Happy Life

How to Start a Church: These Are the Key Steps to Take

How To Stay Safe When You Clean A Gun