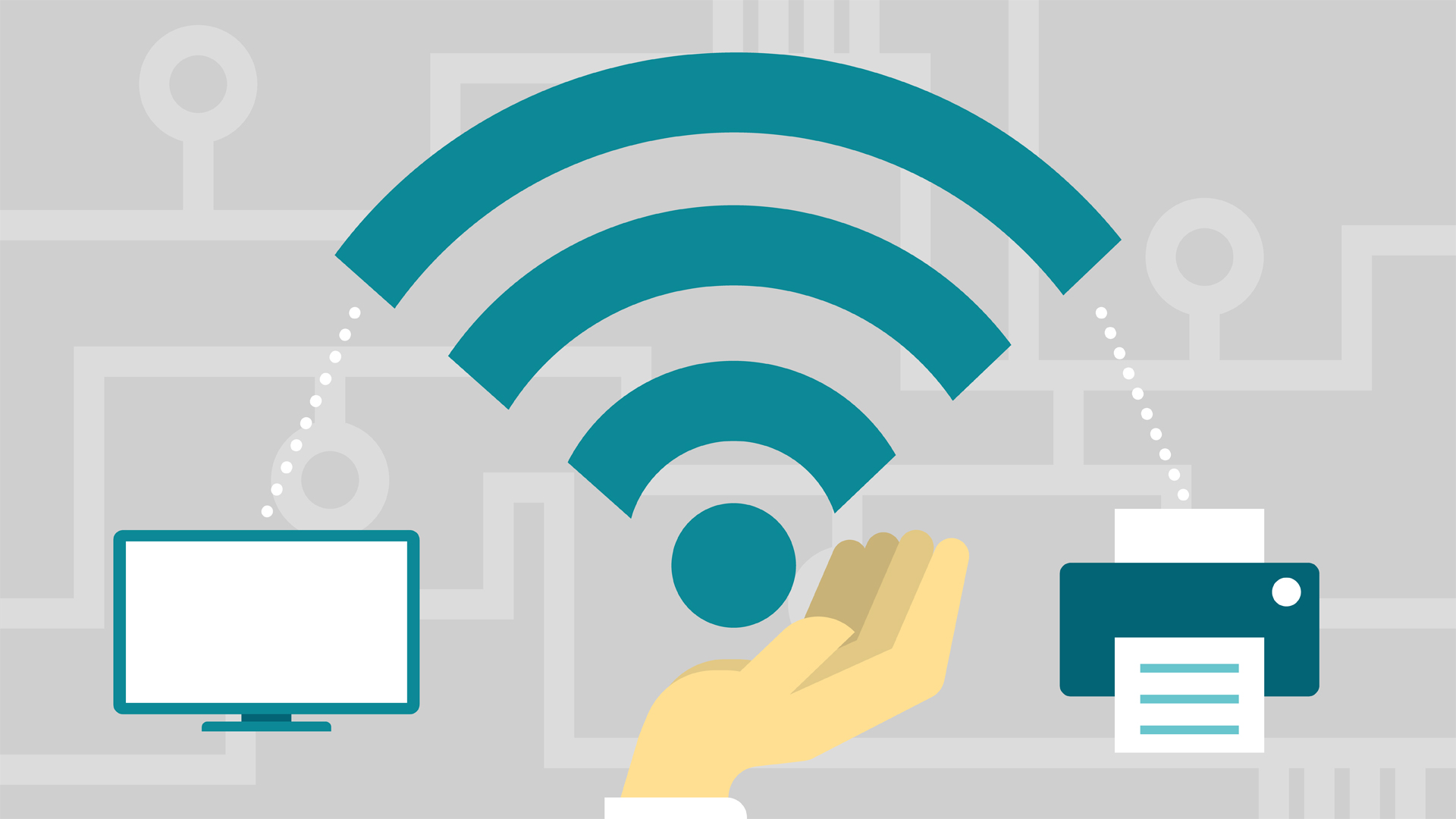 Choosing a router can be a nightmare if you’re not familiar with the technical terms and the underlying technology that the device is built around. Even understanding online reviews and specifications requires a basic knowledge of the router and how it works. In this article we’ll learn what the router does and you’ll have a better grip on the technical terms.

WiFi transmits data over radio signals. The radio frequency (RF) spectrum utilized for this contains two bands – 5GHz and 2.4GHz. The 5GHz is the faster of the two but has issues with penetrating obstacles such as walls and ends up losing speed. The slower band, 2.4GHz, retains speed when penetrating obstacles, but has a more congested transmission environment.

Each band contains a number of channels that can be utilized for data transmission. Most routers will choose the channels automatically, but this setting can be customized. The slower band, 2.4GHz, has 11 channels (spaced 5MHz apart) and the faster 5GHz band has 24 channels (spaced 20MHz apart).

Channel width refers to the amount of bandwidth your network signals use within the available spectrum. Channel width can be increased or decreased from the router web interface. Increasing the bandwidth boosts network speeds but can also cause interference with adjacent network devices. On the 2.4GHz band, network access points use 20MHz-wide channels (called narrow channels) and the on the 5GHz band, the channel width is 40MHz (called wide channels).

Best Dual Band WiFi Router for 100+ Mbps internet Speed. Dual-band routers broadcast using two signals, one on the 2.4GHz band and the other on 5GHz band. These offer the best combination of speed and cost.

A router that can broadcast three signals, one on the 2.4GHz band and two on the 5GHz band.  These bands work simultaneously to receive and transmit data.  Tri-bands are more expensive but offer the best performance and are best for power users.

The data signals transmitted by a router antenna are called spatial streams. An antenna can have four streams that transmit data simultaneously. Each of these transmits the same data in order to minimize packet loss and maximize network reliability.

These router settings help you decide which kind of traffic will be given the most amount of bandwidth. For example, you can set video streaming service traffic to take precedence over file transfers to minimize buffering. Gaming routers offer the most fine-grained customization options.

Most modern routers come with smartphone apps that help you get your network up and running. Basic features include new device alerts, monitoring of bandwidth usage, and WiFi activation/deactivation. Currently, routers don’t come with great apps, its suggested that you use the web interface for customization and control.

Most routers come with an added layer of security in the form of extra software. These can be either free or paid depending on the manufacturer.

Routers usually transmit WiFi signals in all directions. This can lead to loss of signal strength and patchy coverage. Beamforming fixes this issue by allowing the router to focus signals directly towards a specific device. These focused signals are a more efficient means of transmitting data.

The speed specifications can also get confusing. Luckily, it isn’t that complicated to figure out. All router speeds revolve around bits. A bit is a unit of computerized data. The word itself is a portmanteau of binary digit. Here are the equivalent units that will help you understand how router speeds work.

In order to reflect these as speeds of data transfer, the time factor is added to the number of bits. So, you will come across router speeds specified as megabits per second (Mbps) or gigabits per second (Gbps).

Our recommendations for the best wireless WiFi router for your home

To help you narrow down your search for the perfect router, we reviewed some of the best available devices on the market. These range in price from $150-$300. Along with a good router you need to ensure that you’re using reliable internet services, check the availability of Charter internet packages in your area to get the best connectivity and flexible packages.

Probably one of the best all-around WiFi routers on the market. It offers all the bells and whistles you need in a home router and comes with extra security features.  The price is an affordable $200* and you’ll get your money’s worth when it comes to speed, security, and coverage. If you’re looking for alternates to this router the Synology AC2600 and Asus AC3100 are great options as well.

This affordable router provides fast speeds and impeccable network coverage. It’s priced at $150* and is perfect for people who don’t have much experience with setting up routers. The two USB ports and 160MHz channel support make it a gem of a machine. Alternatives to this include Linksys Max Stream AC2200 and D-Link AC1900.

This is a great router that is worth the $220* price tag. The solid hardware matches the performance of some high-end routers. It’s easy to setup via the user-friendly web interface or Tether app. The interface also contains tons of customization options that let you easily fine-tune your network.

This router is geared towards gaming enthusiasts. It lets you control minute network features such as lag and ping stability. Priced at $300*, the XR500 is a gamer’s dream router. You’ll get impeccable coverage and lightning fast speeds throughout a medium-large sized house.

Understanding the basic functionality of routers and the technical terms used to describe them helps you make the best choice for your home. Simply relying on ads or any other marketing materials is a mistake when it comes to choosing electronics. We suggest you read online customer reviews, check benchmark tests, and check multiple sources. In this day and age, making an informed decision is as easy as typing your question into Google.

*Electronic prices often vary. We’ve done our best to quote accurate prices, but these numbers are subject to change.

4 Tips for Traveling Abroad by Yourself