The capital of the United Arab Emirates, Abu Dhabi is the second most populous city in the country. The Middle East has been subjected to several stereotypes and one in particular is that the Middle East is a desert of no life and there is only oasis and sand dunes. While there are oasis and sand dunes, it is much more expansive than that and Abu Dhabi is a proof of it. Located in an island in the Persian Gulf, Abu Dhabi has been rapidly developing and is considered to be one of the most advanced cities in the world, thanks to its booming economy.

Is It Safe To Visit Abu Dhabi?

There is a misconception when it comes to safety in the Middle East, however, if one were to look at the statistics, burglaries is 13 times lower in Abu Dhabi than the US, robberies is 11 times lesser and the rape rate is 18 percent lesser than in the US. All this is because of the stringent laws and harsh punishments that are meted out to law breakers. However, it is always wise to stay cautious like you would in any other crowded place.

When Is The Best Time To Visit Abu Dhabi?

The best time to visit Abu Dhabi is during the months of December through march. The temperature would be then milder and cooler, making it a great time to do that flight booking for Abu Dhabi.

How to travel to Abu Dhabi?

The Abu Dhabi International Airport witnesses thousands and lakhs of passengers every day. Passengers complete their flights booking from various international airports around the world to reach the city of Abu Dhabi. There also is the rail transport and water transport through which you can enter the city. However, the most common mode of entry is via flight. And for tourists, many travel companies often have discounts for travelling in the city.

Do your research before planning your trip and compare flight rates before going ahead with your flight booking. Some airlines are more expensive than others, depending from where you are flying and how many stops the plane is taking as the flight rates will be affected.

Getting around and transportation

The road and rail network is excellent in the city and travelling all through is not going to be a problem. With several public and private firms for transportation around the city, you will find Abu Dhabi to be convenient when it comes to travelling.

Religious Respect in the Abu Dhabi

The Constitution of Saudi Arabia allows freedom of religion, and Abu Dhabi has been quite liberal and progressive when it comes to religions. The local population is dominated by Muslims but the place also has significant amounts of population from other religions. The law does not allow people to attempt conversion among Muslims. However, many of the taboos of the Muslim faith is relaxed for other religions. 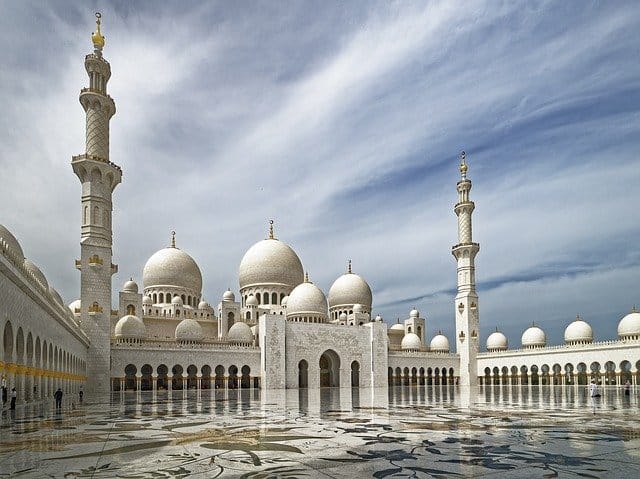 Culture in the Abu Dhabi

One of the most culturally diverse cities in the Middle East, Abu Dhabi is much more liberal than other cities. Liquor is sold with permits in five-star restaurants and hotels and the consumption of pork that is considered haram in the Muslim is still allowed and sold in designated locations to non-Muslims. Abu Dhabi has long been a city mixed in rich history with people coming into the city from all walks of life — making it a liberal and progressive cultural ambience.

There are several adventurous activities one can participate during their stay in Abu Dhabi. The desert safari, kayaking in the mangrove national park and several short and long cycling adventure packs are some of the interesting choices available for tourists. Make sure to do your research or have your agent do it for the timings and rates, so you are not left hanging in the dark.

Food culture of Abu Dhabi (Where to eat & what to eat)

Abu Dhabi is a multicultural city and one can find an abundance of food items to eat during their stay in the city. It is predominantly Arab food but the city has other food dishes as well that emerged from people who migrated into the city from different parts of the world. The city liberal approach allows non-Muslims to consume pork in designated locations. However, they are expected to respect the religious traditions of the locals and the Muslim faith.

What to wear in the Abu Dhabi?

The locals in the city are usually dressed in long robes and traditional regional dresses. Some women also wear a burqa. Though its not a strict rule for tourists, it’s quite frown upon to wear sleeveless or any clothing that reveal your body parts. Thus, tourists are often advised to not wear them in public.

Most popular attractions in the Abu Dhabi

Abu Dhabi is home to several tourist attractions that guarantee to leave you amazed. Attractions like the Warner Bros World, Desert Safari, Heritage Village, Yasisland, and Ferrari world are some of the attractions you can visit. Contact your agent or conduct your own research before flight booking to know of timings, rates and the means to reach there.

Abu Dhabi is home to several world class malls and also have their own traditional shops and stores spread across the city for tourist to shop in. Several of these stores sell traditional merchandise and clothes which are unique to the city and its culture.

Where to stay in the Abu Dhabi?

Abu Dhabi has several hotels that range from world class hotels to budget hotels. Tourist can find a hotel depending on their budget easily. However, remember a little research before booking will provide you more information and confidence when you arrive in the city. If you are planning to stay in Abu Dhabi, make sure you check online for the best accommodations in your budget. And you can have a great time with your loved ones.