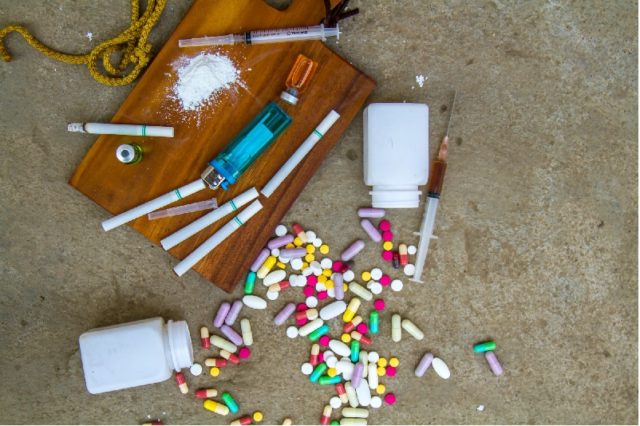 The National Survey on Drug Use and Health found that over 24 million Americans over the age of 12 had used an illicit drug in the last 30 days.

While the rates of drug use in the US have remained relatively stable since 2002, there is still a lot of work to be done to reduce substance abuse. A key component of that goal is education around the harmful effects of drugs.

As part of that education, you should know what the most addictive drugs are. Knowing their effects and side effects can help you spot addiction and seek help.

The 5 Most Addictive Drugs

Some legal and some illegal, these are the top 5 most addictive drugs.

Heroin is an opioid that’s derived from morphine. It’s made from opium poppy plants and works by affecting the opioid receptors in the brain.

Heroin brings a euphoric sensation and blocks pain. It also induces extreme relaxation that has been likened to an out of body experience.

A highly addictive substance, addiction to this drug can develop quickly. Withdrawing from heroin after long term or heavy usage can actually be dangerous. That’s why a heroin detox should only be performed under professional medical supervision.

By flooding the brain with unnatural levels of dopamine, cocaine creates a sense of euphoria, excitement, and alertness. It takes effect quickly but doesn’t last for very long – which means users need more of the drug to sustain the effect.

Barbituates cause euphoria by acting on the natural chemical signaling in your brain. Originally used for the treatment of anxiety and sleep disorders, they have a sedative effect that can suppress breathing at high doses. Less available by prescription than they used to be, barbiturate use is declining in the US.

Nicotine is the legal substance that makes cigarettes so addictive. It’s absorbed through the mouth, nose, lungs, and skin and causes elevations in mood. Nicotine in both cigarettes and electronic cigarettes can also increase cognition.

However, nicotine is highly addictive and one of the hardest substances to stop using. Withdrawal may involve anxiety, depression, hunger, craving, and irritability.

Another legal substance (for Americans over the legal age) with a high potential for abuse and addiction, alcohol enhances mood and makes people more social. It does so by increasing dopamine levels in the brain.

But alcohol also has an effect on the central nervous system which results in lowered blood pressure and heart rate. This sedative effect reduces cognition and motor skills. It also increases the likelihood that a user will engage in risky behavior.

Withdrawal from alcohol may involve everything from insomnia, anxiety, and depression to irregular heart rate, psychosis, and seizures. Like heroin, withdrawing from alcohol can be life-threatening.

More on Your Health and Wellness

The most addictive drugs include everything from heroin to nicotine. Most of these produce a euphoric sensation, and this is what makes users come back for more. And the more they come back, the greater the potential for developing an addiction.

For more reading on topics related to health and well-being, check out our health blog.