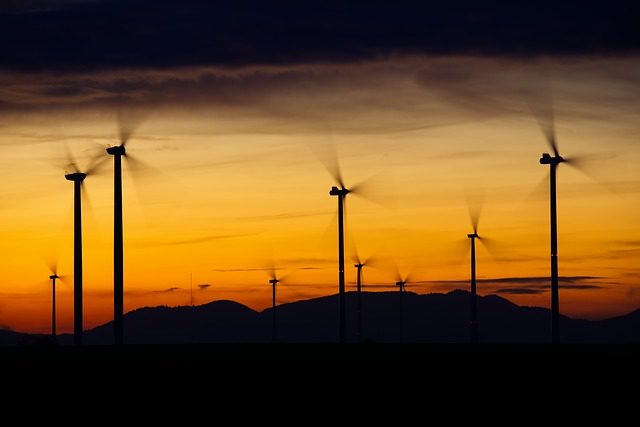 We are now living in the energy-hungry world. Our homes need electricity to remain lit and warm; our cars need petrol to start; even our computers and smartphones need power to process data. Most of this energy comes from traditional sources like nuclear stations or fossil fuel. However, ecological problems such as depletion of mineral resources and growing carbon emission force us to look for alternative energy sources.

The idea of renewable energy isn’t new. For decades, people have been trying to convert sunlight, wind, ocean waves, and Earth’s heat into electricity. Despite experts’ warnings, people continue using coal, petroleum, and natural gas to power the global energy ecosystem. Why? The thing is that most businesses use traditional forms of power generation. It’s too costly and time-consuming to rebuild the whole infrastructure, as well as switch from regular processes to something new and poorly studied.

In this article, we will discuss modern projects focused on renewable energy, and how they can help society and nature.

Before we proceed to the main things everybody should learn about renewables, it’s essential to learn what this term stands for. Simply put, renewable energy covers all types of energy sources which are traditionally considered inexhaustible.

It’s also important to realize that such resources are inexhaustible, but limited. They provide a certain amount of energy per unit of time, so we can’t take all the power from the sun or oceans at once.

The researchers from the University of Geneva have recently published a report, where they claim that mineral resource exhaustion is a myth! Of course, we should not underestimate the rates of consumption, but the Earth is large and yet unexplored; so next generations will have enough time to find solutions for using traditional energy sources.

Despite the findings of Swiss scientists, it is essential to focus on sustainable development. One of the reasons is to save the world from irreversible climate changes, which can have a disastrous effect on our lives. For instance, high carbon emission may lead to ozone depletion, increase in average temperatures, and, finally, global warming. Certainly, this scenario looks apocalyptic, but it is still possible. To prevent this from happening, many renewable energy projects are being developed now.

1. Renewables are cheap and they become more popular

Today, renewable energy is not as expensive as it was a few years ago. With advanced technologies popping up on a daily basis, the industry sees a lot of cost-saving solutions and innovative projects. For instance, Composite Technology Corporation has been working on advanced wind turbines that would be efficient in generating energy and come at a lower cost. Another innovator, Energy Sage, focuses on solar solutions. They state that in some regions of their service, solar energy is delivered at half the cost of its coal alternatives!

Low prices for solar panels and wind turbines will encourage people to invest in new energy infrastructure. This statement is proven by Bloomberg, which claims that renewable energy (namely, wind and solar) will account for 50% of the world’s electricity generation by 2050. Coal will drop to just 11% by this date.

2. Regulators slow down the progress

Governments all over the world are old-fashioned and conservative – they hold off on implementing innovations. Experts like Bruce Davis from crowdfunding company Abundance Generation claim that discussions about renewables become more politicized as regulators rely on entrepreneurs interested in slowing down the ‘green’ progress. That’s why investors do not consider renewables a profitable industry because of these issues.

Despite cautious governmental attitude, renewables may be extremely useful to developing regions. There, people can’t afford costly electricity, so they are forced to live without it at all. Renewable energy projects may be highly successful in some areas of South Asia or Africa. There are a few companies, which try to provide cheap energy to all people. Off Grid Electric not only sells solar panels and electricity, but also creates workplaces and supports local businesses.

4. Renewable energy may save cities…

As New York’s state governorAndrew Cuomo announced, the government plans to invest $1.4 billion in 26 projects to make 50% of the total state’s electricity come from renewable sources by 2030. Additionally, authorities want to completely switch to wind, water, and solar energy by 2050. According to the current strategy, most of the projects are focused on solar energy. Also, there will be three wind farms and a hydroelectric plant.

Alongside with large areas, renewable energy may be useful for small villages and even separate buildings, Elemental Green claims. This company constructs eco-friendly houses, which are self-sufficient. Representatives say that ‘green’ energy is ideal for off-the-grid living, where you produce power on your own. For this, householders can use small wind turbines, solar panels, tiny hydro-generators, and even geothermal systems!

Moving to the clean world

As you can see, renewable energy projects are the key to meeting sustainable development goals. The community is ready for new energy sources – rich countries are seeking ways to lower the environmental load, while the citizens of poor states desire to get cheaper energy. Innovations can be profitable and effective on all levels, from private homes to global regions. The projects, which will be successful in solving issues the energy ecosystem faces now, may become real game changers. Will they? It remains to be seen.

Add Up Funny Quotes for Light Hearted and Happy Life

How to Start a Church: These Are the Key Steps to Take

How To Stay Safe When You Clean A Gun