India is a beautiful country. There are the majestic mountains in the north, pristine sea beaches in the south, sand dunes in the west, and dense jungles in the east. The varied topography of India makes it a land with immense tourism potential. North East India is also a treasure of unexplored hills, waterfalls, endangered wildlife, and protected forests. The hill stations in the northeastern part of the country are still untouched by the commercialization. They offer virgin locales with unparalleled beauty.

The North Eastern states in the India have many beautiful hill stations. Some of the most famous are:

Gangtok is the capital city of Sikkim. The town is set against the backdrop of Himalayan range positioned in the altitude of 1,650 meters above main sea level. It is one of the most famous hill stations with some beautiful panoramic views. On clear sunny days, the skyline of Gangtok offers a glimpse of the magnificent Kanchenjunga Mountains. There are also other attractions like the Tsomgo Lake, Nathu La Pass, Ban Jhakri falls, Tashi viewpoint and more sights to see. The Rumtek Monastery and the Enchey Monastery are also popular tourist spots. 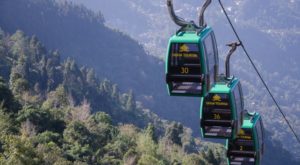 The hills and valleys surrounding Gangtok are filled with lush greenery and the amazing scenery looks even better when viewed from a bird’s angle view in a ropeway ride. The city of Gangtok has a 935 meters long ropeway built across the various parts of the town. Built by Damodar Ropeways & Infra Limited, one of the oldest ropeway construction companies in India, this ropeway ride is quite popular among the tourists and the local population. The Gangtok ropeway by DRIL originates from Deorali Bazar with two halts at Namnang and Tashiling. This ropeway ride promises a beautiful view of the entire Gangtok city for the tourists. If the skies are clear, tourists can also get lucky and view the snowcapped peak of the Kanchenjunga. 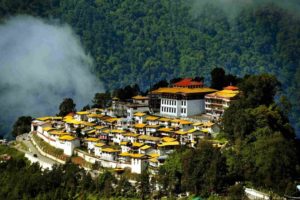 Tawang is a little piece of heaven, located 10,000 feet above sea level. The hill station is home to some of the oldest Buddhist monasteries, enchanting high altitude lakes, and cascading waterfalls. The town offers beautiful views all around. The Tawang Monastery and the Indo-China border are among the top tourist attractions here. Tawang is also home to one of the highest cable car rides in the world. Built by DRIL, the Tawang cable car route is built at 11,000 feet above sea level. There was some challenge in the erection of the upper station due to the poor accessibility. But the project was successfully completed by DRIL. Taking this cable car ride, tourists can enjoy a magnificent aerial view of the beautiful natural scenery surrounding the town of Tawang. 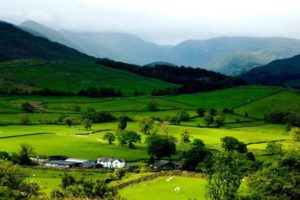 The Ziro Valley in Arunachal Pradesh is an offbeat tourist destination, blessed with immense natural beauty. The region is still untouched from the modern city life. Puffy white clouds float in the horizon. Vast green stretches of paddy fields expand as far as the eyes can see.  The neighboring villages are home to the friendly people of Apatani tribe. For people who are looking for a break from the maddening rush of city lives, Zero is the perfect place to sit down on a hill and relax. Enjoy the purity of the surrounding natural scenery. For photography enthusiasts, everywhere you look is a beautiful frame waiting to be captured. 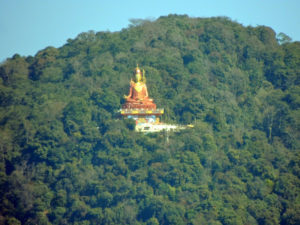 Often referred to as the Culture Capital of Sikkim, Namchi is located at an altitude of 1,675 meters above sea level. It is most famous for the world’s largest statue of Guru Padmasambhava, the Buddhist patron saint of Sikkim, set atop the Samdruptse hill. There is also a pilgrimage complex built on top of Solophok hill which includes replicas of the four pilgrims (char dham) of India and draws a large number of tourists every day.

Another must-do activity in Namchi is to undertake the cable car ride. Originating at the Children’s Park near Sandruptse hill to the Rock Garden in Namchi, this DRIL ropeway is 2134 meters long. The ropeway was built on a difficult terrain with the dual aim of providing eco-friendly and energy efficient system of transportation and for the development of tourism. By taking a ride on this DRIL cable car, tourists can enjoy the breathtaking views of the Kanchenjunga Mountains and the surrounding scenery.