There are some crimes that can be committed in the blink of an eye without any real thought or consideration. There are a number of opportunist crimes taking place every hour of the day and there are plenty of opportunist criminals. These are people who may not plan to commit theft or carry out a robbery during the course of a day but if situation arises, they will more than happily swoop in and out quickly. This is why it is important that people don’t let their guard down when it comes to protecting their home or valuable items.

There are also crimes at the other end of the scale where a considerable amount of work and effort has gone into committing the crime and then sticking to the crime. When it comes to crimes that require a lot of work and full commitment, it would be fair to say that some fraudulent activity requires full time commitment. Even with this in mind, it is still possible to be caught and this means that all of the hard work and effort has been for nothing.

A lot of effort can lead to a lot of punishment

This was the case for two plasterers who carried out fraudulent activity between 2008 and 2012. Robert Martin Milligan and Gary Smyth, who are directors of the R&G Plastering Ltd company, completed 747 fake invoices in this time frame, creating a trail of material and supply purchases for this time period. In the end, their hard work and effort in creating these fake invoices counted for little with both men being sentenced to 18 months in prison. The pair will then face two years’ probation after they have served their prison sentence.

An investigation carried out by the HMRC led to the pair being interviewed by officers from the HMRC, where the full extent of the crime came to light.

Mike Parkinson is part of the Criminal Investigation Branch and he said; “Milligan and Smyth deliberately set out to create a false paper trail to claim money they weren’t entitled to. They used fake invoices in an attempt to make the claims look real, but hadn’t banked on our investigators uncovering their crime. Tax fraud isn’t a victimless crime; it is theft. These men knew they were breaking the law by stealing money that should have been funding public services, yet chose to overlook it to line their own pockets.” 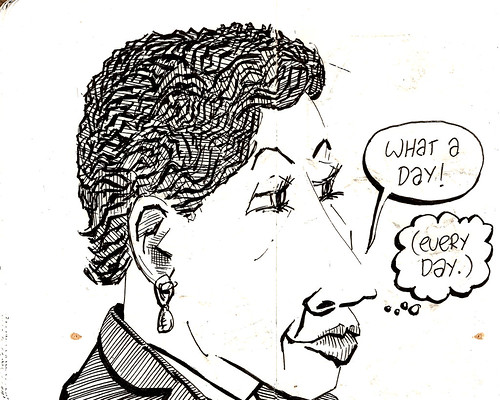 POCA charges could come to light

There is also the fact that this may not be the end of the crime. This is exactly the sort of crime where the Proceeds of Crime Act can be used to claim back money that was stolen or earned in an incorrect manner. Previously, it used to be that criminals who were caught after committing such a crime would have the chance to be reunited with their ill-gotten gains after serving a prison sentence. As long as they had placed the money somewhere safe and secure, they would receive their freedom with the opportunity of accessing the funds. This often provided the justification for many criminals because if the sum of money was large enough, forgoing a couple of years of your life with a prison sentence would be more than compensated with the gains from the crime.

Of course, now people face the fact that they can be sent to prison and also end up losing their ill-gotten gains through a Proceeds of Crime hearing. There is also the case, as with the two criminals in this incident, that they could face the likelihood of not being able to go back to work in the roles that they previously held. Both of the criminals were directors of their company and it may be that they will face director disqualification charges. There has to be question marks over their suitability to perform that sort of role, so even though the two men are facing a prison sentence, this may not be the end of their legal issues.

This is why there is a need to find defense solicitors who have experience and expertise in a broad range of disciplines. Defendants are no longer merely facing fraud charges, they could face being disqualified from being a director or they could face a Proceeds of Crime hearing. Finding a solicitor firm that can provide support for all of these aspects can make the process more straightforward.

Despite Progress, Pedestrian Accidents Are Still A Concern

Bitcoin Trading Involves Risks, But They Can Be Mitigated

6 Ways to Make Your Event a Success