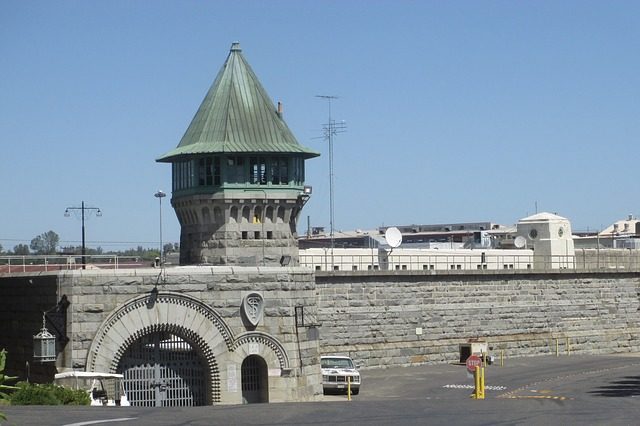 If we ask who the dumbest celebrity of all time is, we’ll have a very long list to consider. In fact, we could be here all year deciding between a woman who thought tuna came from chicken and a man who pondered whether humans and fish could coexist peacefully. To narrow down this vast field, let’s take a look at some of the dumbest celebrity arrests of all time with three celebrities who couldn’t even use their fame and wealth to stay out of the cooler.

The great thing about dumb celebrity arrests is that they also leave us with celebrity mugshots that can be far removed from the carefully edited images they usually like to present us with. When Johnny Cash had his mugshot taken, he was still dressed all in black, but the effect was ruined by a large band-aid at the side of his eye. Look closer, however, and the ‘Folsom Prison’ sign in his hand gives the game away – it was a staged picture taken when Johnny played his legendary concert at the jail, as he also did at San Quentin. Johnny Cash carefully cultivated the image of being a hard man, a rebel unafraid of the law, but in fact he was never jailed. And, of his seven arrests, one was for trespassing in order to pick some flowers, which is possibly the dumbest celebrity arrest of them all.

Perhaps the most cringe inducing mugshot of any celebrity belongs to Nick Nolte. Does he pull off the world’s loudest Hawaiian shirt whilst sporting hair that looks like it’s received ten thousand volts through it? The answer, predictably, is no, and his appearance did little to help his cause after he was arrested for suspicion of driving under the influence in 2002. That’s a particularly dumb activity to indulge in, of course, but it was a waking point for the actor who used it to kick his addictions and lead a healthier lifestyle – although his penchant for Hawaiian shirts remains intact.

Not since Dr. Crippen was arrested in 1910 after 15 days on board a trans-Atlantic liner had there been a slower or more infamous police chase, until O.J. Simpson said ‘hold my beer’ in 1994. It was a police chase so slow, that at one point a snail threatened to overtake Orenthal’s white Bronco. Despite this, or possibly because of this, it made news worldwide with viewers eagerly tuning into the live footage. Of course, the crime of which O.J. was accused was a terrible one, and the events surrounding it tragic, but whilst he was acquitted of that charge, he was surely guilty of the dumbest escape attempt of all time, and one of the dumbest arrests.

Why do we love celebrity arrests, and why do we find celebrity mugshots so amusing? That’s an easy one to answer, they make us feel better about ourselves. We may not have their millions of dollars, but at least we can sleep in our bedroom tonight instead of a cell.

What to Do When the Weather is Too Hot to Handle