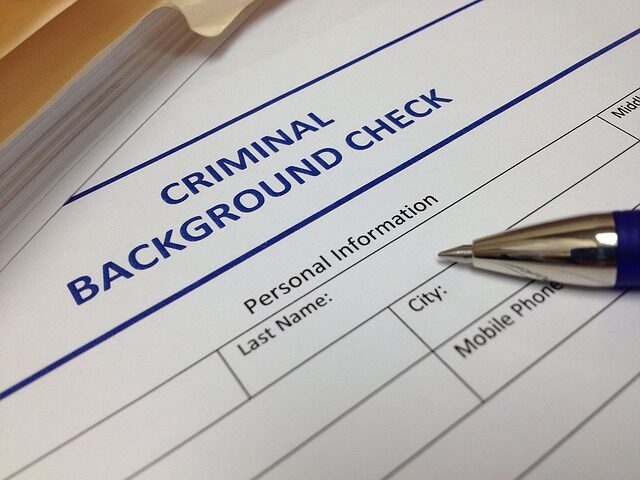 Everyone deserves to be treated with respect, dignity and humanity, no matter their background. Anyone in detention or prison must also be treated politely. Discrimination someone based on backgrounds such as gender, race, disability, religion etc. is considered unlawful.

Most companies today require their applicants to get a police check or a national police clearance certificate before hiring them. The main reason behind this is to check if the applicant has any criminal records and to be aware of their background and whether or not the person will pose a threat to the workplace.

Is it considered unlawful?

Under the federal law, dismissal due to a criminal record is not seen as something unlawful if it can be shown that the person’s job role will be impacted by their criminal history (for example, the person has contact with vulnerable persons and their offence is a serious offence). The commission may, however, set up an investigation against the complaint based on the record and try to conciliate them or resolve wherever appropriate. In case, someone doesn’t have the most recent criminal background check, they may be asked to get one done.

Sometimes a complaint may be regarded as inappropriate for conciliation or cannot be solved by it, a report is prepared to present to the federal attorney General that is tabled in the parliament. The commission has to indicate that a discrimination at workplace or a breach of human rights has occurred.

Criminal record discrimination is not legally prohibited in some states and territories in Australia. It has been declared unlawful at state levels such as the Northern Territory and Tasmania.

What is included in a criminal record?

The copy of a criminal background check can be obtained by the individual themselves. An employer has the right to obtain a police check if needed, provided a consent has been given by the person. A national police certificate can be obtained easily which will include any records retained by the state police or in any jurisdictions.

The type of information that will be disclosed in a national criminal history check will depend on some factors such as:

In certain circumstances, the complete criminal record of an applicant will be submitted to the employer, including any charges.

Will i be fired for a recent criminal conviction?

If your employer finds a recent crime that you have committed, there is a chance they may terminate your employment if they believe the conviction may be directly or indirectly related to the level of trust you are given in your job role. Nonetheless, the termination will depend on several factors such as:

Termination is not an easy decision. Hence, the employer has to follow the lawful and correct procedure.

A person’s employment will be significantly affected by a criminal record. To assure everyone is treated equally and no one is discriminated against on the basis of his past criminal history, it is of utmost importance to eliminate such acts in any workplace. It is basically the responsibility of the organization’s leaders to keep an eye on such people who let others down, so that actions can be taken against such inappropriate behavior.

Increase Your Wealth Fast With These 7 Financial Tips and Tricks

What the Law Says to Do After a Car Accident

The Key Importance of Reading Your Paystub

What Makes a Good Lawyer? 5 Key Tips for Choosing an Attorney

What You Need To Know About a Product Liability Case