Science has pondered upon this question for more than a decade – is grilling food a healthy cooking alternative to consuming meat?

Although scientists have initially answered “no”, further research claimed that moderate grilling does not release carcinogens that harm the body especially when cooking them the right way. In fact, grilling is the healthiest way to cook food since it retains the essential nutrients that provide natural health benefits. Therefore, if you wish the family to consume food the healthiest way possible, it’s just right for the household to be equipped with the safest, modernized grilling machines in the market today.

Why Grilling Is A Healthy Way To Cook Meat

Scientists initially claimed that when people consumed food cooked from charcoal, the smoke produced while cooking carries harmful chemicals that eventually stick to the cooking meat. Since then, grilling meat was declared as an unhealthy way to cook food. However, after years of conclusive research, scientists started to discover that grilling meat can actually be the healthiest way to serve it, especially when the proper process of doing such is observed. With moderate consumption of grilled food, scientists admitted that people who consumed grilled food were healthier than those who consumed fried food.

There are also some meats that require a thorough cook before they can be healthy enough to consume. Chicken is one of these meats. You cannot be eaten raw chicken without risking yourself of consuming salmonella. In fact, studies showed that chicken, considered as one of the healthiest, less-fat, low-calorie proteins in the food chart, is best served grilled and well-done.  Thankfully, if people cook them by using the best grilling machines that have built-in temperature control features, they can constantly eat healthy grilled food. Since these machines were designed to tell users that the meat is actually cooked through, people can eat their meat that’s still jam-packed with nutrients and not overcooked. 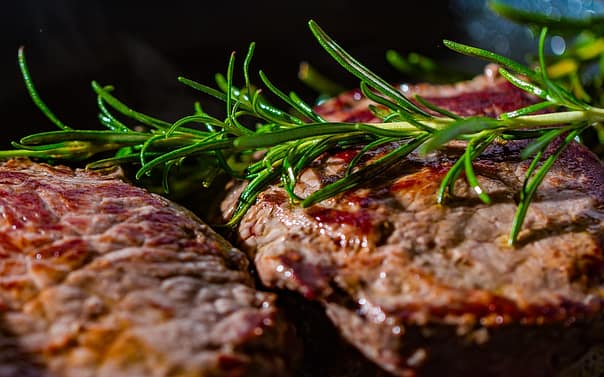 Grilling healthy means ensuring that the meat is not conjoined with unhealthy components. Therefore, when grilling meat, wrap the meat in aluminium foil to prevent charcoal from mixing with the meat’s dripping fat. The combination of both the charcoal and fat is what actually creates unhealthy char. The charring of the meat makes it susceptible to carcinogens responsible for developing cancers. In order to maintain a healthy physique even if you consume grilled food as often as most, make sure that when you’re grilling with charcoal, the meat is wrapped in aluminium foil to prevent charring. When this method is observed, even if fat drips to the charcoal, the meat is shielded properly and kept away from harmful chemicals as it cooks.

There are also other alternatives that do not need charcoal to grill food. In fact, most diets of health-conscious folks are created according to use the best grilling machines. Since some of these devices are designed in such a way that the charcoal is positioned far away from the grilling meat, you won’t worry about charring the meat. These are called the char-broil digital electric smokers. This type of grilling machine cooks food naturally by simply absorbing the heat from the charcoal and cooks the food thoroughly without direct contact.

On the other hand, the better alternative that most health enthusiasts prefer when speaking of grilled food is purchasing grilling machines that do not need charcoal at all! These products are called electronic grillers. They remove excess fat from meat without failure and without the aid of charcoal. This manner of grilling is absolutely a healthy way to eat meat since it cooks the meat thoroughly and prevents the formation of the harmful char compound. This means health-conscious folks who follow a weight loss program will definitely benefit from this type of healthy cooking. In fact, most healthy diets discourage saturated fat into meals that are designed for weight loss. Therefore, using electronic grillers is a healthy alternative to cooking meat especially for those who aspire to reduce the fat content of the food they eat.

There are also grills that have similar features with electronic grillers. They are called electronic smokers. They function like electronic grillers but users do not need to flip the meat to get a uniform texture of the meat. It works with a single click of a button and is considered by chefs as the healthiest way to serve meat that has a flawless cook. Most electronic smokers also have a reheating system. It lets the users store the grilled or smoked food and keeps the temperature warm. This way, when you’re ready to eat, the food is kept fresh without overcooking it. With electric smokers, eating bland, cold, and dry food is definitely a thing of the past. It even keeps the essential nutrients of meat and vegetables intact allowing you to serve the healthiest meals for the family.

Frying food has been considered as an unhealthy way to prepare people’s meals due to the concurrence of consuming too much cholesterol. Luckily, scientists have finally admitted that grilling food is actually a healthy option for preparing your food. In fact, some of the best grilling machines of today such as electric grillers and smokers offer users with a healthier alternative by allowing to cook meals without using charcoal.  Truly, cooking food with the best grilling machines is the healthier alternative to preparing food. Not only does the method let you maximize the essential nutrient benefits of meat, it also prevents you from acquiring chemicals that actually harm your body.

4 Unique Qualities When Looking for a Good Podiatrist

10 Reasons Why You Should Go For A Blood Test Regularly

Few Things To Look For In A Food Grade Trucking Company