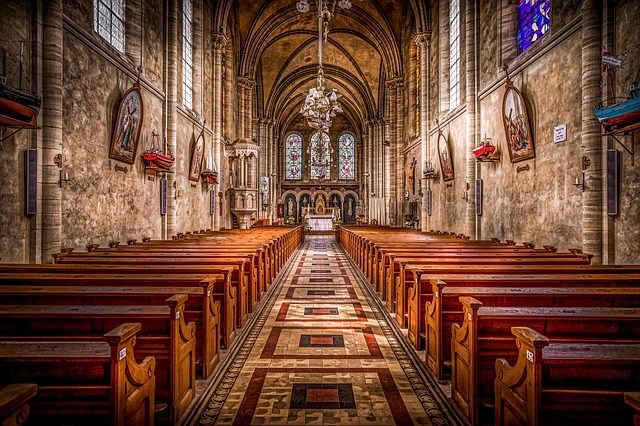 Kerala is known as God’s own country, and how can God’s abode ever be complete without a wide range of churches to pay your respect to? Even if you are not a stern believer of God, you would be stunned when you visit the churches that stand tall with great archaeological features. When deciding on the Kerala Tour Packages for family, these are a few churches you wouldn’t want to miss out on –

Known to be among the 8 Basilicas, the Santa Cruz Basilica is located in the beautiful setting of Fort Kochi and falls under the list of the most famous churches in Kerala. It has spectacular Indo-European and gothic architecture along with historical paintings, frescos, and murals.

The church is more than 500 years old and was built during the time of the arrival of the Portuguese in 1500 CE. It has been renovated various times since it was first built. The present structure that stands was lastly sanctified in 1905.

Tourists are attracted to the St. Francis Church of Kochi as the great Vasco da Gama was buried here in 1524. The church dates back to 1503 and has a timber-framed roof covered with tiles, frescos, white façade, and stained glass that add to its uniqueness and amazes every visitor. In the middle of the lawn stands a cenotaph that was built to show love and respect towards those people of Kerala who lost their lives while fighting in the First World War.

Dedicated to the Immaculate Heart of Mary is the Vimalagiri Church located in Kottayam. It is famous as AngathattuPalli, and the deity of Mother Mary is known as Vimalabika. This church stands the tallest in the entire state with a height of 172 feet. The church is a must-visit during your stay in Kerala so that you can take a look at its magnificent architecture and historical significance.

If you want to spend some time in a serene environment basking in the presence of God, then the Lourdes Forane Church is perfect for you. The framed altar, interior woodwork, arches, and paintings showcase the glories of the past and enhance the charm and elegance of the church. This church is sure to mesmerize you and give you enough reasons to revisit.

The Arthunkal Church, also referred to as the St. Andrews Basilica, is situated 22 kilometres north of Alappuzha. It was built by the Portuguese missionaries in the 16th century. The church has the biggest shrine of St. Sebastian in the entire world and is hence, also locally known as the St. Sebastian Church. It was crowned as a Basilica in 2010 and attracts devotees as well as tourists throughout the year. The Arthunkal feast is also organized in the church in mid-January and is a famous tourist spot during that time of the year.

Basilica of Our Lady of Dolours Church, Thrissur

Considered as one of the oldest built churches in Kerala as well as India, the Basilica of Our Lady of Dolours Church is situated in Thrissur. The architectural structure of the church is gothic and is made of white marble. It even features a Bible tower. This building is considered to be the tallest in Asia with its beautiful interiors and an elegant prayer hall. The calmness of the church attracts devotees even with the hustle and bustle of Trissur.

It is another popular church located in the outskirts of Kochi. The church was built by the Cochin Royal family. The church held a special place in the traditions that the family followed during their reign. After a new successor was appointed, the head would visit the church to make an offering to the God called ‘sharkarathattuveypu’ and meet the bishops in person before taking on his responsibilities.

The above list will allow you to explore the best churches located in the Kerala region. They are truly a great example of beautiful architectural pieces and should not be missed. It is best to check the timings of the churches before visiting so that you do not have to leave disappointed.

A Trip to Dharamshala and Mcleodganj

Why You Should Take A Holiday Every Year

Top 10 things to do in Ibiza