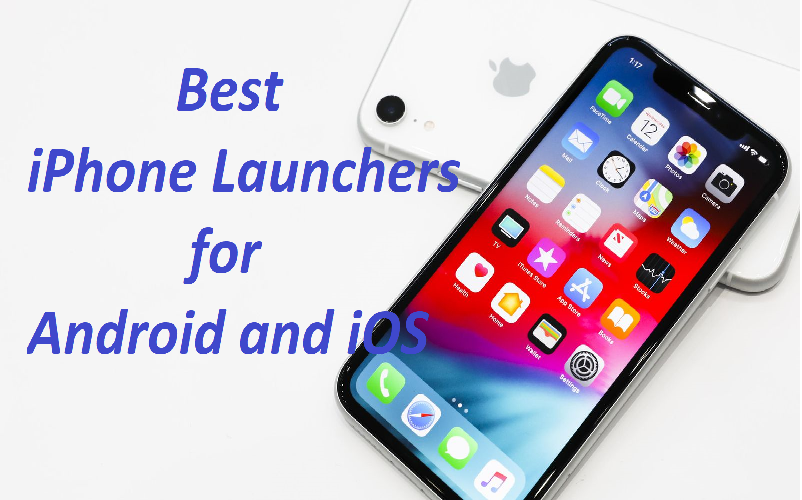 Here is an article highlighting the most popular iPhone launchers for Android and iOS.

One launcher can be described as one of the best iPhone launchers available on the internet. It is highly popular among the users due to high-level of accuracy and other designs that are found on an iPhone.

If you use this app, all the icons on your smartphone will look like the icons on an iPhone. The app is very simple to use and hence this comes first at the queue.

Nowadays you might find numerous iPhone launchers on the PlayStore, however not all the applications give you an amazing experience in real life. OS 10 launcher comes among the best iPhone launchers available in the market and it comprises advanced features to give you the iPhone-like feeling every time you use your Smartphone. The best thing about this app is that it comes with a widget and allows you to customize the icons and menu according to your requirement.

xOS iPhone launcher is a bit different one from the above-listed apps. Suppose you are using low-end hardware but still you need to show off that you are using an iPhone. It sounds ridiculous, but there are many people to do so in real life and this app is built for them. It runs on low-end hardware and gives you an iPhone-like interface that you were looking for.

There are many people who criticize Apple for being so expensive and they often make fun of iPhone users. Sometimes, they also wish to use the exclusive features available on the iPhone X’s default launcher and they don’t want to spend extra money for that, this app can be a good option for such users. iPhone X launcher is available on Google PlayStore and you are just a step away from enjoying the distinct features of an iPhone.

iLauncher comes among the best iOS launchers group and it comprises multiple customization features and similar transition gestures and effects available on iPhones. The app comes in two different versions. The freeware version offers limited features and users can get numerous advanced features like unread badge count and others with the premium version.

Espier launcher is a renowned iPhone launcher and it is popular for its simplicity compared to other launchers available in the market. If you see the real iPhone launcher, you might face complications to set up different widgets on the home screen but this app manages everything smoothly.

I6 Plus iOS Launcher

I6 Plus iOS Launcher is another launcher which is very popular nowadays and the interface is taken from the famous iPhone 6. If you install this app on your smart phone, it will make your Android look alike the iPhone 6 and it will deliver smooth performance along with various features.

Launcher for iPhone 7 is another popular app to make your Android device look like an iPhone. The best thing about this app is that it gives you similar lock screen along with some features. Many users have complained about the irritating advertisements while using this app however, this app can be a suitable option for those who want the iPhone interface on their Android device.

iLauncher for OS 10 can be described as an outcome of advanced android app development and the launcher was recognized for its functionality. It replaces most of the apps on your Android device giving it an appearance of an iPhone.

If the discussion goes on the best iPhone launcher, Pro8 Launcher will definitely acquire a position for its wide range of features. Starting with an advanced lock-screen feature, the app gives you a different experience on your Android device. The Interface will look livelier with a better screen resolution like OLED screen.

Launch center pro is a great application to enjoy iPhone like appearance on your android phone. Unlike other iPhone launchers, this app comprises multiple advanced features like customization of icons, changing the size of the widget, speed dial feature etc. The app comes in two different versions, one is free and another is paid version. Users can avail different advanced features in the premium version and the freeware version only comprises the basic features.

Phone X launcher is another popular iPhone launcher app that gives you the appearance of an iPhone. The best thing about this app is that it just doesn’t look like iPhone but it comprises several advanced features that will prove its capability and other features to the users. In case, you own a bezel-less display, the app will give you best experience. Users are allowed to redo the launcher depending on your personal preferences.

If you are looking for multiple options to compare different iPhone launchers to get the best one, here is xOS launcher. It gives a smooth interface to the users and you can customize many things on the home screen and others. The app performs better with the section review smartphones and you can try it if you are in search of a good iPhone launcher for your Android device.

As the name suggests, the app gives you a similar interface of iPhone 6. All the icons and transitions will look like the icons of iPhone, giving you the real feel of an iPhone. The app comprises numerous features and you can check them before installing it.

If you want to transform your Android phone into an iPhone X, this app is aimed at you. Phone 8 launcher is one of the most popular iPhone launchers and it can change the appearance with just a single tap on the screen. The app comes with customization features and you can adjust the icons according to your preference.

These are top 16 iPhone launchers and if you know someone, who is looking for best iPhone interface apps, you can spread the words. Android app development has reached to the pinnacle in the recent times and it aims to simplify our lives as much as possible and these launchers are for those, who want to show-off the iPhone-like icons and lock-screen to others.

Repair or Replace? How to Deal With 4 Common Computer Issues