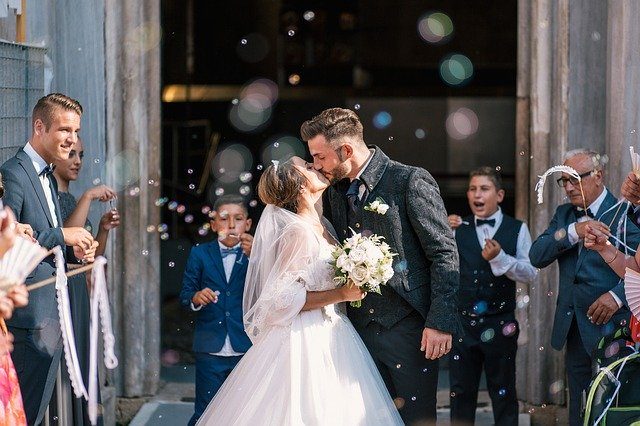 If you’re in your mid to late 20s, it can feel as though everyone around you is getting married.

In the U.S., the number of annual marriage ceremonies peaked in the 1980s. Since then, they have been declining.

Today, 2 million marriages are performed in the nation each year. That number is about half of what it was just three decades ago.

Another big thing that has changed is the average age at which people get married. If you’re wondering what the best age to get married really is, keep reading to learn more.

Young Marriages Become a Thing of the Past

When most people think about marriage 100 or more years ago, they often assume that men and women married much younger than they do today.

In reality, the average age to get married changed more recently than you might think.

Couples began marrying younger and younger in the following decades. The lowest peak average was 20 years of age in the 1950s and 60s. Since then, the average age has continued to rise steadily, with only a few short-lived dips.

While these averages don’t necessarily signify that there’s a best age to get married, they do show how the priorities of young people have shifted. Many men and women are now finishing college, starting careers, and even buying homes before choosing to get married.

While it is possible to get married in your late teens and then go to college or trade school, studies show that this often isn’t the case. With less education often comes lower incomes.

Coupled with changing personalities and other factors, it should come as no surprise that very young marriages see the highest rate of divorce.

On the opposite end of the spectrum, studies show that the older a couple is when they get married, the lower their risk of divorce.

Of course, if you’ve already met the person you think you want to marry, it doesn’t make much sense to wait a decade or two to wed. Instead, these numbers signify that couples who find each other later in life have a higher probability of staying together.

While there is always a chance a relationship could end badly, that isn’t a reason to avoid getting married. Instead, there are actually tons of reasons to get married. Besides having a partner you can depend on, you’ll also enjoy practical benefits, like tax breaks, the ability to use your spouse’s insurance, and more.

If a big wedding isn’t for you, a common law marriage will let you avoid all the fuss.

Choosing the Best Age to Get Married

While experts may believe that there is a best age to get married, the reality is that these studies and suggestions are estimates and aren’t necessarily the right answer for everyone.

If you’re an adult and you believe that you’ve found your soul mate, you can marry at any age.

Have more questions about life, marriage, tech, and more? Check out the rest of our blog!

How to Make Selfies with Dorian Rossini?

The History of Assisted Living Facilities

The Flowers Secrets That You May Not Know

Going That Extra Mile to Deliver Emotions – How GiftstoIndia24x7.com Redefined the Concept of Online Gifting