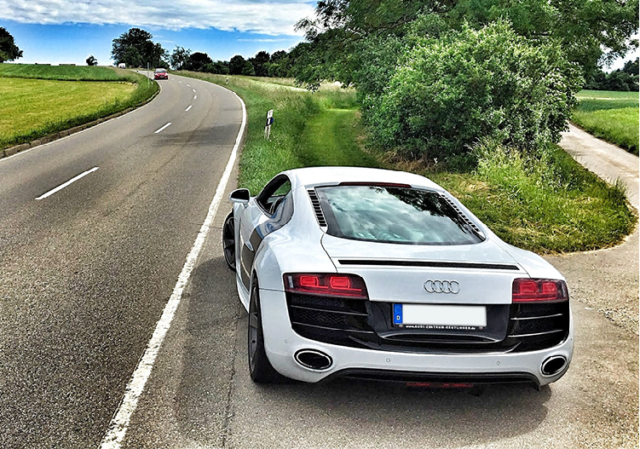 Having a private number plate is a great way to make your car stand out from the rest by adding something personalised to you. They’re an easy to do modification and more importantly – they’re perfectly acceptable to add from the perspective of a finance company, (if you are paying for your car monthly) as you aren’t making any mechanical changes to the car. These plates are often seen as a huge vanity statement due to the obscenely large amount of money some registrations cost, so it makes perfect sense that a very recent study on the vanity of UK car owners conducted by Manchester based car leasing company All Car Leasing uncovered that you’re most likely to see a private registration plate on an Audi model than any other manufacturer – of course, those that have the money to own a premium brand car would likely have the extra cash to splash out on a vanity plate. To go a step further, 21% of the entire survey respondents said that they have a private plate!

What Is A Private Registration Plate?

The term ‘private reg’ refers to a specific number plate that can be purchased for a car – so rather than keeping the registration plate the car comes with, you can choose a new reg for your car that may relate to things such as your name, initials or even something funny. There are two main rules surrounding private number plates though – you can’t choose anything vulgar/offensive nor can you choose a plate which would make your car look newer than it actually is – so you couldn’t put a newly released 19 number plate on a 14 plate car.

There are four unique types of number plate – Current, Prefix, Suffix & Dateless, with the arrangement of numbers and letters appearing in different orders.

A general rule of thumb is that reg plates which spell things – whether that being literally or phonetically – or ones which have few characters like “M 2” are the ones that cost the most, in some cases that can be way over £100,000! That’d cover your car insurance bill for a lifetime!

So, If Audi Owners Are The Most Likely – Who Else Has A Private Reg?

Well, according to the survey in 2nd place was Ford owners, followed by BMW in 3rd. What was interesting though, is that the survey found that private reg owners are also over 50% more likely to post pictures of their car to social media to show off their car when on their travels! That draws a positive correlation between owning a private plate and showing it off on the likes of Instagram.

The survey doesn’t just look at private registration plates though – check out the full infographic below!

Doin’ it for the ‘gram by All Car Leasing

5 Reasons Why Renting a Car Makes Sense in Mumbai