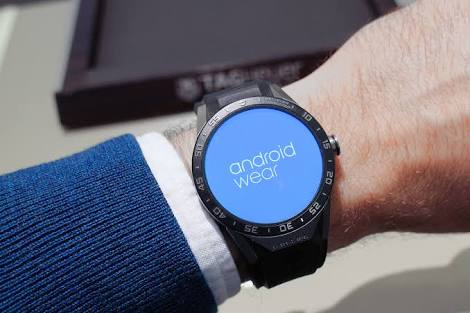 Android became the most popular operating system, one of the main reason of its popularity, it is turning things possible and displaying your app’s data collectively on smart devices. Android operating system is working not only with smartphones but also on TV, watches, small gadgets, cars and more.

Android wear is Google’s smart watch OS and its main competitor is the Watch OS, used in Apple’s Smart Watch. It gets updated with the android wear 2.0 version.

As the OS is designed for small devices, the layout and interfaces are quite different from the Android’s standard version and designed for hand’s free and reliable use.

Android wear is far more unified than the standard version as the smartphone manufacturers and web developers are putting their harder efforts over the Android. The Android Wear will not give freedom of different layouts, that’s why all smartwatches have the same layout and software.

Accessing mobile features become as much easier as looking down to the wrist. You do not need to check your phone because it acts as an ally to exaggerate notifications of your phone.

How does it work?

The watch face is home base on Android wear, swiping up and down the card based menu system display calendar and weather details. Siding fingers in right direction remove the notifications and swiping in left, let you know about different apps options you have been using.

Android wear is compatible with Android 4.3 and above OS running on the smartphones. Even it also has little iOS compatibility for iOS 8.2 or above. Android wear 2.0 version will improve the functionalities and allowing watches to access all data without phones. Even you’ll be able to make calls while your phone is switched off only if you have the cellular connection.

If you are concerned with the health and fitness, the smartwatches came with the fitness features.

It has grown a lot from since its launch. Here you will find Duolingo, Spotify, Evernote, Uber apps and Google apps like Google map, Hangouts etc.

Best Free Instagram Analytics Tools that are Popular in 2020

Best List Of Proxy Sites And Mirrors For Rarbg in 2020