Located in Eastern Europe, Ukraine attracts many tourists from all over the world with its stunning landscapes, various outdoor activity points, cultural and religious memorials, architectural and park landmarks, amazing food and frank people. Being the largest country within Europe, Ukraine offers much to see and to learn so you will be impressed by the variety of attractions.

We want to tell you about 5 the most unusual places in Ukraine worth visiting, so you could have a general idea of what you can see there.

“Tunnel of Love” is one of those places which have always been attracting romanticists and honeymooners. It is believed that a couple in love can make any wish, and if the love is real then the wish will come true.

“Tunnel of Love” is a great corridor formed by deciduous trees where you can walk alone with yourself or with friends admiring the impressive range of green hues. The showplace is located near the town of Klevan. It provided a passageway for the private train, which was transporting timber to a local factory.

The best time to visit the tunnel is mid-summer and a golden autumn, but in winter you can still enjoy the trees covered with snow shining in the sun.

Chernobyl is the most famous place in Ukraine. A series of events that happened after the explosion of Chernobyl nuclear power plant’s 4th reactor changed the course of Earth’s civilization and lives of billions of people and redrew the world’s map. All of this you may experience on the mysterious and amazing private tour of the Chernobyl zone , where you will see a city abandoned by people but rich in its history, technical monuments and lush, unusual nature. 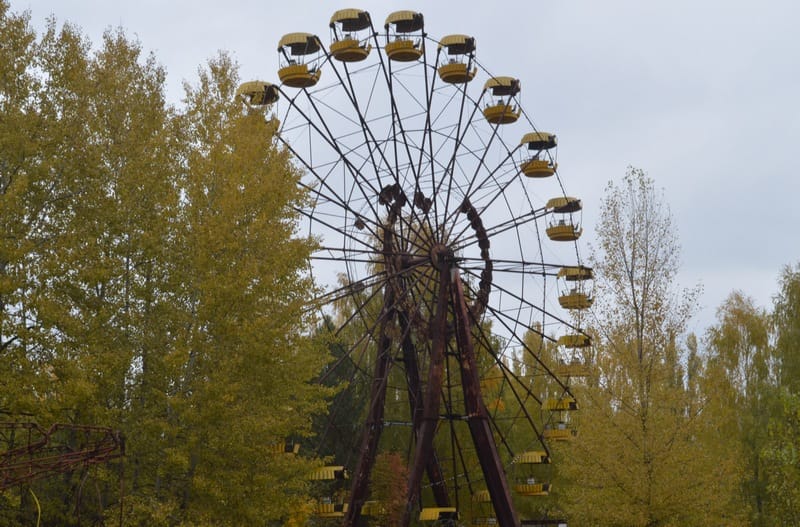 Due to human activity limitation the exclusion zone became a natural reserve with large populations of roe deer, hares, wolves, moose, foxes, wild boars, numerous species of birds, typical for this area, and with much more rare species including Przewalski horses which were specially imported. Reduction of the anthropogenic activity affected the wildlife so that radionuclide contamination did not have a negative impact on populations.

Mountain hike to Carpathians’ Hoverla will open the most beautiful panoramic views of the Ukrainian Carpathians and the joy of ascent to altitude. The mountains are rich with magnificent landscapes with peaks rising to a height of more than two thousand meters; the height at which birds of prey soar; the height where snow-white fog covers mountains and meadows in the early morning creating whimsical fantastic clouds.


Toy houses of farmsteads are picturesquely scattered far below, far mountainsides of adjacent ridges and peaks, and the boundless sky are drifting over the horizon for many kilometers. And all these you can meet in unforgettable Carpathians.

Mezhyhirya is Viktor Yanukovych’s former residence in the village of Petrivtsi near Kyiv, which he held from 2002 to 2014. Mezhyhiria had been a state governmental residence from 1935 to 2007 until it was withdrawn in private ownership. 140-hectare complex Mezhyhiria is enclosed with five-meter fence around the perimeter. The property includes marina, an equestrian club, archery range, tennis court, hunting grounds and other entertainment complexes. You can learn more about in on a tour to Mezhyhirya Residence.

Dniester valley with its landscape has its own unique beauty and indescribable charm. The most interesting and picturesque section of the Dniester River is a Dniester Canyon with a length of 250 km stretching from the mouth of Golden Linden to the mouth of Zbruch. Dniester flows through a canyon-like valley and forms the plenty of fantastic curling called meanders. Dniester Canyon’s nature is original and unique. Its territory features about 100 attractions of living and inanimate nature of global significance.


River’s valley has been inhabited by humans since ancient times. Remains of one of the oldest early Paleolithic camps in Ukraine are located on Dniester River’s left bank, near the Bakota village. There are 26 settlements where the Tripilska culture was investigated.

Why Hotels Might Still Be the Best Accommodation Option

The 6 Best Beaches around El Nido

Our 7 Favorite Travel Check Designs From Checks Unlimited (Discounts Inside)