The great history of India

Planning in India is one of the oldest phenomenons. We can trace it from the pasts of Mohenjodaro, Harappa, Fatehpur Sikri to Chandigarh, Imperial city of New Delhi.  After independence, all the focus was on planning the cities and developing India as a whole. As we know, Food, water and shelter are the 3 basic necessities of a man, housing needs were also discussed and considered after independence. In 5 year plans, major focus was given on the housing requirements and their provisions for everybody in society. Also in 8th five year plan, the integration of all the infrastructure facilities, housing and city were discussed, resulting to a good planning. Many provisions are made by government today also for rural as well as urban areas for development. Now, the issue is, even after so many provisions, so many considerations, many places in India are still unplanned. At least 2 million people in country are homeless in today’s date. Not all the facilities are received by everybody. Even after being the fastest economy in the world for many years after LPG Model in India is struggling with some basic issues. What is it that went wrong?

What happened to one of the greatest countries?

India as a country is lagged behind because of slow implementations of all the provisions, lack of awareness of these provisions to the vulnerable class. Also India grew speedily after independence. This speed of its growth wasn’t matched with the amount of provisions or facilities provided by the government. In every five year plan only one issue was considered as a major issue which led to negligence for other issues which were integrated with the major issue, creating lot of problems. Also for this planning failure, India’s own diversity is also somewhere responsible. All these situations led to increase in the demand and supply gap. This widened gap has resulted in today’s scenario. The supply for housing hasn’t met the demands, so we see the growth of squatters and slum conditions. Also the drought prone places are not provided with ample water and flooded part is also in a problem. India has seen and done planning but it needs a proper planning with considerations of each and every issue. If housing needs are met, employment is an issue. If employment is met, facilities lack. Integrating the solution for all the issues can make a difference in India. 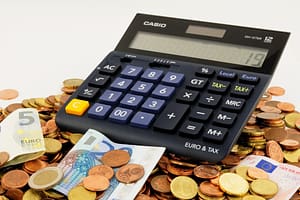 Also, major attention is given in urban India where India still has 69% rural population. Even if, Agriculture accounts only 14% in GDP, it has to be considered while planning for rural India. In rural areas, people are now shifting from agriculture to non-agricultural works as it is providing them more money comparatively with better quality of living. But as India is known for its agrarian economy and also agriculture is an important part of everybody’s life, its share in GDP should increase. This profession should be provided with better facilities required. Today ministry of rural development is looking after the employment issues and other issues of rural areas and according to them the agricultural growth has accelerated as compared to the tenth five year plan. A better planning and best quality of planners to plan India is the need of the hour.

One gets misguided by who is actually accountable and responsible for a particular action. Power is distributed vertically instead of horizontally among organizations which lead to reduced communication and coordination among them.  One person doesn’t know what is happening in the other department. Power should be distributed horizontally among organizations to ensure smooth coordination and interaction among them. There should be capacity building programmes and workshops in which planners and concerned officials are given adequate training to ensure proper implementation of the plan. The goals and objectives mentioned in the plans should be clear and achievable. Tasks for implementation of a project should be mentioned clearly beforehand to avoid any confusion in the later stage about accountability of any action. Officials should be appointed to see if the plan is being properly implemented or not.  Long term perspective plans should be made keeping in mind the fast changing scenario. All these actions will help in improving the pace of planning and development in the country.

The government should ensure all the areas are well equipped with basic civic amenities and community facilities. If there is inadequate space for provision of these facilities, reduced space standards can be provided for these facilities. The government should take stringent measures to eliminate corruption from the country completely. The officers who engage in such tactics should be suspended from their positions immediately. All the above mentioned problems should be dealt with extreme care so that India can speed ahead in the path of progress.

Talking About the Liberal Arts on the Catholic Life Podcast

How to Find Good Roommates in 5 Easy Steps

The Importance of Oil-Water Separation after an Oil Spill

5 Steps to Take After Experiencing a Hurricane Disaster