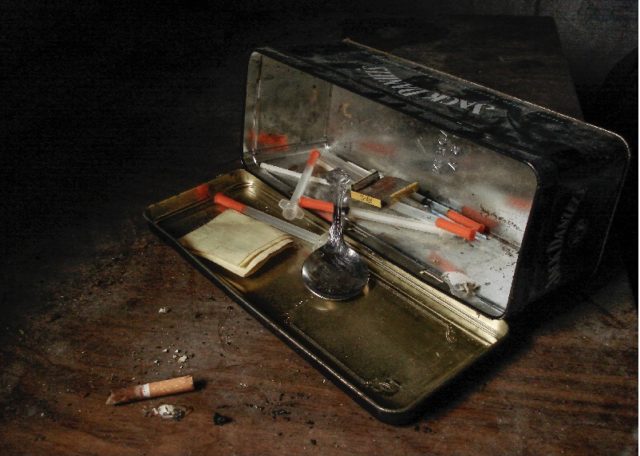 You may have heard that sometimes, people turn to illicit substances to self-medicate conditions like depression, anxiety, and general stress. To an outsider, this can seem confusing: why consume a harmful substance when you want to feel well?

Yet, it’s not uncommon for people in pain (whether physical or psychological) to attempt to relieve it with alcohol and drugs. Understanding why is the first step in giving addicts nonjudgmental and effective support. Let’s take a deeper look at what drives human beings to self-medicate with harmful substances.

Healthcare is expensive in the United States. In fact, illicit substances can sometimes be more affordable and accessible.

If funding treatment is a primary concern for you or a loved one, take note that:

Some drugs, like marijuana, will only give the user mild withdrawal symptoms like irritability and cravings. However, withdrawing from harder drugs like heroin or alcohol can be extremely taxing on the body.

Someone using heroin to self-medicate may simply be extremely afraid of having to suffer through withdrawal symptoms like severe muscle pain, vomiting, and uncontrollable kicking spasms. Alcohol is a legal and popular drug, but withdrawal symptoms for alcoholics can be serious too. Delirium tremens, a serious form of alcohol withdrawal, can include tremors, agitation, and confusion.

Understand that withdrawal can get very painful. Addicts often need to be cared for in a professional setting as they detoxify their bodies.

They didn’t mean it to become long-term.

Many drug addicts and alcoholics did not begin their habit with the intention of it being a long-term solution. After all, many of us have had a drink after a stressful day of work without much thought. However, if we’re not careful, monthly drinks can turn into weekly drinks, which can turn into daily drinks and even drinking all day.

You may have been taught that just trying a drug once can lead to addiction. There is a misconception that addiction is instant when in reality, an unhealthy drug habit can slowly sneak up on you in stages. Substance abusers may not even realize (or admit) they are addicted until it’s too late to quit on their own.

Medicine prescribed by a medical professional can be abused too. For example, opioids may have been prescribed to treat chronic pain, stimulants for ADHD, and tranquilizers to treat anxiety and panic disorders.

When taken for a short period of time under a doctor’s direction, prescription opioids are generally safe. However, they can be extremely addictive, producing a relaxing, comforting high that may push patients to pursue higher doses to return to a similar effect.

The notorious street-drug heroin is an opioid that, in some cases, can be cheaper and easier to get than a doctor’s opioid prescription. According to the National Institute of Drug Abuse, almost 80% of heroin users say they misused prescription opioids before switching to heroin.

Because they often suffer from multiple conditions and use several different prescriptions, older adults are more at risk of misusing opioids. Opioids can interact dangerously with other conditions and drugs. Opioid overdoses are life-threatening and require immediate medical attention.

Despite increased awareness, mental illnesses are still stigmatized in many cultures and communities. Many people still believe that substance abuse is a sign of moral failure. Fewer people understand that addiction is a disease. Sometimes, substance abusers may avoid asking for help because they deny they have a problem.

If you believe a loved one needs treatment, gently remind them that asking for help is not a sign of weakness, but a sign of strength. Asking for help means you are taking responsibility for your illness in a mature and proactive way.

Some people may feel that being intoxicated is the only time they feel in control of whatever it is they are suffering from. “The average social drinker curtails their alcohol consumption after only a few drinks, possibly experiencing a feeling of loss of control[,]” says one former alcoholic. “The alcoholic has a few drinks, and feels in control.”

Indeed, the initial withdrawal from many drugs can feel like an immense loss of control, not to mention a highly uncomfortable experience for the drug user. However, withdrawal symptoms are short-term, and people eventually get over the “hump.”

Help was not helpful.

It’s quite easy to tell someone to “just get help.” But what happens if they asked for professional help and it doesn’t work? Sometimes, health-care providers and patients don’t click, and patients become disillusioned with the healthcare system. While it may be challenging, encourage a person struggling with addiction to give treatment another try.

Perhaps try a different health-care provider who specializes in working with the patient’s demographic. For example, a counselor experienced with LGBTQ+ issues may be better able to help an LGBTQ+ patient than a general counselor. Meanwhile, someone interested in a more faith-based approach can seek help from a pastoral counselor.

Remember: addiction is a disease.

Telling an addict to “just stop” and labeling addicts that don’t as lacking discipline isn’t useful. More and more experts are calling addiction a disease nowadays rather than a totally conscious choice. Some people are also more prone to addiction than others due to factors they can’t control, such as genes, family environment, development, and other illnesses.

Addiction is complex, but compassion and sympathy may be more effective at fighting it than making assumptions about an addict.