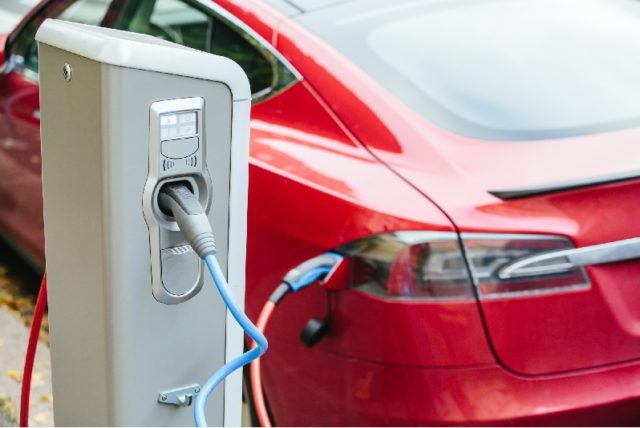 Tesla owner, Elon Musk announced the next model of full-electric car to come out of the companies workshop in 2020. Met with much anticipation and bated breath, expectations were somewhat disappointed when the reveal finally took place. Tesla’s new Model Y is a compact SUV that is almost identical to the Model 3.

The Model Y is, in no small way groundbreaking in its own right, and includes several unique upgrades to Teslas previous models. Read below to learn about the new Tesla Model Y compact SUV.

The Model Y is the fifth car to come out of Tesla and is priced for mass-market appeal. Check out the specifications, design, and features for yourself. Is it worth it?

Tesla is, arguably, the best in the business at making the coolest electric cars on the market. Musk describes the Model Y as a cross-hybrid between a sports car and an SUV.

Like the previous Model 3, the Y model gets 300 miles to a charge. But, unlike Teslas’ previous four models, the Model Y seats up to seven passengers and a large hatched trunk. For an upcharge, you can get a performance version of the Model Y which goes from zero to 60 in 3.5 seconds.

When it comes to electric car performance technology, Tesla is an industry leader–thanks to Musk. His cars are designed to withstand extreme weather conditions, like heat and ice. With less heat being generated from a gas engine, Tesla has to overcome obstacles, like ice buildup on the doors in winter.

Some of the little problems with electric-vehicles (EV’s) are similar to that of a walk in freezer or a SpaceX rocketship. And, seeing as Elon Musk also builds rocketships, Tesla has consistently produced superior quality vehicles–and the Model Y is no exception.

When it comes to performance and design the Model Y sticks closely to Model 3. But, since the Model Y is larger than the Model 3, getting the same range and efficiency is a bigger hurdle. Check out the specs on Teslas’ brand new compact SUV:

Tesla is selling four versions of the Model Y: Standard Range, Long Range RWD, Dual Motor AWD, and Performance. The Standard Range Model Y is the most affordably priced, around $39,000, and a range of 230 miles. But, it won’t be on the market until the fall of 2021.

The Long Range RWD, Dual Motor AWD, and Performance versions are the first to come to market, in the fall of 2020. For about $47,000 the Long Range RWD (rear-wheel-drive) Model Y gets the most range of any version, at 300 miles per charge. The Dual Motor AWD gets 280 miles of range. But, for $51,000 Tesla connects each axel to its own motor, giving this electric car some serious torque.

The Performance Model Y also gets a top range of 280 miles and has all-wheel-drive. Unlike the others, though the Performance version has a top speed of 150 mph.

Previous to the Model Y, Teslas Model 3 was meant to be a more affordable option for consumers. In fact, Musk decided to close down most of Teslas nationwide showrooms before the unveiling of the Model 3 after falling sales.

He reconsidered the closings after widespread backlash. The Model 3 was set to come to market with a price tag around $35,000, but the price increased after his decision to keep stores open.

The Model Y is Teslas first car that is massively marketable to the median consumers income demographic.

As Musk spoke to–the performance of the Model Y is impressively designed to feel more like a sports car than an SUV. The All-Wheel-Drive models feature two individual motors that digitally control the front and rear wheels, separately.

Model Y is the first luxury EV that has superior traction control designed for off-roading and mudding. Dual motors provide ample torque to get through ice and snow with ease. And, with 300 miles per charge, it has the longest range of any electric sport utility vehicle on the market.

The Model Y features fast-charging to get up to 168 miles of range with just 15 minutes of recharging. Worldwide, Tesla has over 12,000 Supercharger stations enabling Tesla drivers to travel cross country and continent.

If you like the interior design of Teslas Model 3, you will love the Model Y. It is, basically, the same. The Model Y has a shorter nose, bigger back, and more headspace than the Model 3. But, that being said, it holds to the same minimalistic interior decor.

From the driver’s seat, it features a sleek 15-inch touchscreen interface atop the dashboards facade. Each version features 66 cubic feet of cargo space, and the Standard version has an optional third row of seating.

The second row of seating can fold flat into the floor of the vehicle, making space for long pieces of lumber, furniture, or moving boxes.

Model Y combines the convenience and spaciousness of an SUV with the class and quality for which Tesla is known.

The question, is how much will the evolution of that technology rely on 5G and the availability thereof?

Regardless of the cars adaptability to the progression of self-driving technology, the autopilot feature takes the cake. The Model Y features rear, side, and front-facing cameras to provide 360 degrees of visual coverage.

It projects a radar signal 160 meters ahead of the car, at all times to provide long-range visibility. And, 12 ultrasonic sensors help the autopilot feature navigate traffic, potential accidents, and, even parallel parking.

Once self-driving regulation is passed nationally, the Tesla Medel Y will navigate streets, highways, and cities autonomously. It will even be able to valet park on its own, so you don’t have to find the car in the rain.

Prior to that, the Model Y autopilot supports emergency braking, collision warning, and blind-spot monitoring features–among others.

Is the Model Y Teslas Most Impressive Car Yet?

The Model Y is innovative, in its own right, but it lacks the flash of Tesla’s other unveilings. This is most likely because of the similarity of the cars to Tesla’s previous unveiling of Model 3. There is nothing wrong, however, with the Model 3.

In fact, the most impressive part of the Model Y is Teslas ability to increase the capacity and size of the Model 3, while maintaining the same range and affordability. And, let it not be said that making something of quality affordable is without value. Quite the opposite.

The Model Y is Tesla’s followthrough on Elon Musks founding vision, to make electric cars widely available and mainstream in the marketplace.

Planning to Buy a Car for Your Small Business? Consider These 5 Things to Make the Right Choice

Is It Worth It To Be A Long Haul Truck Driver These Days?

How Much Does It Cost to Get Your Driver’s License Reinstated in NJ?

Whose Fault Is it Anyway? Proving Fault in a Motorcycle Crash

4 Common Road Traffic Accidents And How To Avoid Them