Riyadh is the capital city of Saudi Arabia and the seat of its administration. Previously, the economy of this country was mainly dependent on its rich source of natural oil. In 2016, Crown Prince Mohammed bin Salman announced the new program of Saudi Vision 2030. It is a program adopted by the government of Saudi Arabia to reduce its economic dependence on the oil and gas sector, by strengthening other industrial sectors, like tourism, recreation, health, and education.  Then the Council of Ministers for Economic and Development Affairs determined several measures to make this program successful. 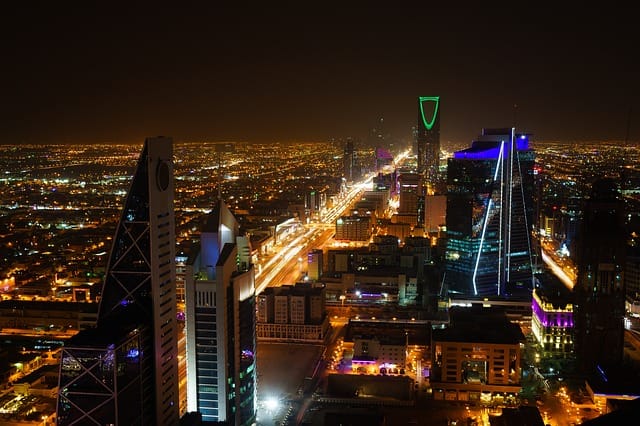 Riyadh Festival or Riyadh Season was launched in 2019 as a step taken by the General Entertainment Authority. This festival is a vital part of Saudi Vision 2030, which is instrumental in attracting more foreign tourists to this country. Earlier, Saudi Arabia was popular only among Muslim pilgrims. However, this festival has boosted the popularity of this country among non-Muslims as well, who want to participate or simply watch this festival by arriving in Riyadh. The art, action, theatre, and food were declared as important aspects of Riyadh Season, as declared by the Saudi Commission for Tourism and National Heritage. More than 100 events and concerts were planned to be organised in 14 zones all over Riyadh, which would be appealing to a global audience. Riyadh Festival is scheduled to take place for 5 months, starting from 20 October 2021 and ending in March 2022.

Speculations that Salman Khan has been invited to the festival

Salman Khan is a famous film star of the Mumbai film industry, who has got admirers worldwide, due to his extraordinary performances in many Hindi films, super hit Dabbang being one of them. It is a rumour spread throughout social media that Salman Khan is invited to perform in this grand Saudi festival. It is speculated that the Crown Prince himself took the initiative to invite this Bollywood megastar to join and perform in the Riyadh Festival. Hence, lots of people want to visit Riyadh at that time, for which some reputed airlines will run flights from Riyadh to Hyderabad and back to carry passengers who want to watch the live performance of Salman Khan.

Speculations started after a promotional video of the festival is posted

This rumour about the performance of Salman Khan started after a promotional video of the Riyadh Festival was posted online by Turki Al Alshaikh, who is the General Chairman of the Authority of Entertainment. This video clipping was posted in September 2021, in which Salman Khan was featured as a performing star at this festival.

According to sources – Bollywood megastar Salman Khan may perform

Some reliable sources confirmed that the renowned Bollywood actor Salman Khan was indeed invited to perform at the Riyadh Festival. He was scheduled to perform on December 9 and 10 in this world-famous festival. Some other Bollywood stars were also supposed to accompany him to this festival, who would also perform here.

Initially, no official confirmation was published by the management staff of Salman Khan, regarding his invitation to perform at Riyadh Festival. The Saudi government also did not provide any official statement confirming his performance at this grand festival in December. Only an event manager of Riyadh disclosed to Siasat.com about this rare performance of the Bollywood megastar that encouraged his fans to visit Saudi Arabia at that time. Later, Salman Khan posted on social media in early December 2021 confirming his tour of Saudi Arabia that would start on December 10.

However, it is a fact now that Salman Khan indeed performed in the Riyadh Festival, along with Shilpa Shetty, Aayush Sharma, Prabhudeva, Maniesh Paul, and many other Bollywood stars. Hence, this festival witnessed an enormous crowd at the festival venue, including around 80000 crazy fans of Salman Khan who flew to Riyadh just to see him perform on the stage at the Boulevard Riyadh.

It was the idea of Crown Prince Mohammed bin Salman, known by his initials MBS, to invite Dabbang star Salman Khan to perform in Riyadh Festival to further popularise this grand event worldwide. He planned to modernise the conservative outlook of this country towards dance and music, in contrast to the previous Islamic belief that banned such functions before the 20th century.

The idea of the Crown Prince was a super hit, as even the local crowd enjoyed it a lot when Salman Khan and Shilpa Shetty danced to the beats of some popular Bollywood songs on the stage of the Riyadh Festival. It seemed this was the first time Saudi Arabia experienced the true joy of entertainment. Audiences clapped hard and danced with these stars performing on the stage. They also took photos of these star performers with their mobile phones, expressing their love by calling Salman Khan a brother, as he is also popularly called ‘Bhaijan’ after one of his super hit movies Bajrangi Bhaijan.

Riyadh Season 2021 is the second occurrence of this grand festival. It started on 20th October 2021. Since it could not be held due to the COVID pandemic in 2020, the Saudi government made sure to hold it in a more gorgeous style this year. Reportedly, 7500 events are supposed to be hosted at this festival, which include 70 Arab concerts and 6 international concerts. There will be 350 theatre performances where 18 Arab plays and 6 international plays are also scheduled for entertaining audiences who will be attending this festival. 10 international exhibitions will also be organised on different subjects. People will also enjoy a free-wrestling championship and 2 other international sports events during this 5-month long festival. There are 70 cafes and 200 restaurants to serve all foreign guests of different age groups arriving here to perform or watch various events of this grand festival.

Therefore, there is a huge demand for air tickets to Riyadh, as many people from other countries want to participate or simply watch different events of this festival. So, they need to book flight tickets online in advance through the websites of airlines or reliable travel agencies to reach Riyadh in time to watch their favourite events.

Why You Should Hire a Lawyer