Gaming can easily be said to be one of the most favorite pass-times and an integral part of the modern lifestyle. It has turned out to be a convenient and irresistible source of entertainment across the ages and it is for this reason that todays’ smartphones double up as impressive hand-held gaming devices so that users do not have to compromise even on the go.

But even though the World Wide Web has penetrated deep into our lives, there are still places that are devoid of the enlightened touch of the internet. Even in big cities that facilitate great network coverage there are bound to be the unattainable nook and corners where the internet cannot reach. Think of the basements of buildings for example. People, literally, have to struggle to get online there in most cases.

It is true that in the contemporary WiFi-driven world the absence of internet sounds almost catastrophic but as you often end up in spots where your connectivity can be spotty, you need to have Android games that don’t require WiFi to function.

That is why keeping one or more Android Free games that don’t need the WiFi to work is always said to be a good investment. And the number one benefit of that is that you will be able to enjoy quality time even when there is no connectivity and secondly, you never have to think about data charges.

That is why here are some of the top-notch and most entertaining Free Android games that don’t need the Wi-Fi to function.

Are you thinking of some type of workout for your fingers? Then the Fruit Ninja is what you are looking for. Here you need to slice all the fruits that appear on the screen by running your fingers across them. But at the same time, you should be careful about not to slice the explosives that appear along with them on the screen to confuse you. 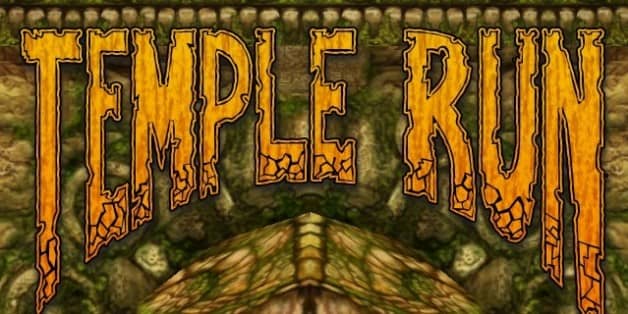 Temple Run is one of the first titles that has taken the gaming world by storm. This game involves running endlessly while avoiding to falling off the cliff or getting killed by demons and traps. Players can collect various items and coins along the way. Temple Run is such a popular Free game (which does not need Wi-Fi) that we won’t be surprised if soon a Temple Run themed movie hits the theatres.

In our secret fantasy, almost everyone of us, at one point or the other, wanted to possess superpowers and dominate the world. Hungry Shark Evolution gives you the opportunity to live this fantasy and impersonate a terrifying shark that not only dominates the sea creature but also the humans. This game works on the principle of “eat or be eaten”. As a shark you can be able to gobble down the smaller fish but at the same time you must also be able to avoid the bigger predators who can cut your life short. There are also collectibles to collect, challenges to complete and even scores to beat while playing this 3-D game that does not call for internet connectivity.

This is one game that the fans of high octane racing games will just love as it defies the laws of gravity. The game allows the players to live their wildest fantasy related to the cars and the amazing progression system facilitates hours of fun. You can unlock a lot of content and you get to choose from the arsenal of the best vehicles as well. Although the game is free in both Google Play and App Store, it has in app purchases that you can freely ignore. This one is another no WiFi games for Android that is extremely fun. At the beginning, however, you may need the internet for downloading the bigger files.

This is one of the best Android games that doesn’t need WiFi simply because it is one of the most compelling game plays that works fine without the need of connectivity. It is also one of the best-looking 2D games on the Android platform and it looks great on any screen. This is a side scrolling adventure game that, with a generous sprinkle of exclusive game play elements and on the fly puzzles, can keep you engaged for hours together. This game also offers a great level of control through the one-tap controls and thus, it is the perfect example of entertainment through simplicity. The various levels offer something unique and are quite well-designed and you are bound to stay hooked to it in your off-time.

The above are some of the best Android Free games that can function without any WiFi and thus, gives you freedom from the constant bondage that the World Wide Web has almost institutionalized these days. The reputed companies of web development in India are striving to create many more of such lucrative Android games that don’t need Wi-Fi in the near future, too, so that users can make the best use of them and keep themselves busy even in places where the internet connectivity has failed to reach. This saves time, money and data and offers a type of freedom that the gamers relish and crave for.

What Are the Biggest Cybersecurity Threats in the Modern Era?

How to Use Data Science in Fintech Apps

How to Unblock Netflix With a VPN?