Bangalore is the most cosmopolitan of all metro cities of India. It is the IT hub as well. But besides these, it is also a historic place that has been bestowed by a yearlong, pleasant weather and some great attractions in and around.


Bangalore is the most renowned city of Karnataka and it today stands as a symbol of modernity for the whole country. It is often called the Silicon Valley of India for it is the most significant and advanced Information Technology center in the entire country. Fast-connected to all the major cities, this city sees a large number of international flights as well. Tourism is definitely a major marker here and you would find all kinds of hotels in Bangalore, be it a five star, a guesthouse or an economy hotel. The city is officially known as Bengaluru. 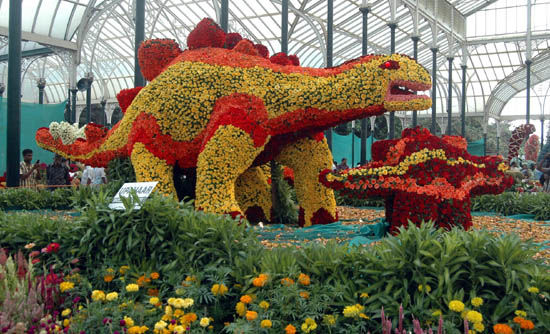 In the days when the city has not transformed into a bustling hotspot of modern attractions and infrastructure, it was better known by the sobriquet of the Garden City. The times have changed and so has the city which once was a quieter and sleepy urban settlement with considerably denser vegetation. Ask the old residents of the place when you visit the city and you would come to know about many a lost wonders of this relatively large place. But certainly the city is nothing short of a happening place even today. At present, Bangalore is said to be the most cosmopolitan city of India and the public places are a sight for the exuberant young generation that has given the place a unique youth culture.

Bangalore has a long history and its foundation was led by Kempe Gowda who was a chieftain in the Vijayanagar Empire. The year was 1537. Bangalore was always a city of great interest and from Wodeyars to Marathas, everybody coveted a control over this place. For long, the city remained a base for Hyder Ali and Tipu Sultan.

Bangalore was the first city in India to see street lighting powered by the electricity. It also became the headquarters for the aeronautics industry in the 40s and later Indian Space Research Organization (ISRO) made its permanent base here.

The southwestern part of Bangalore is the old town in which the traces of the pre-British settlement can be easily found. East to the Cubbon Park is the modern city where all the top hotels in Bangalore are located. The village of Devanahalli to the north of the city hosts the new airport.

The first place to visit in Bangalore is the Palace of Tipu Sultan. It was built after demolishing the Gowda Palace which once stood here. Tipu Sultan’s Palace is situated inside a large garden and can be compared well in terms of architectural beauty with the ruler’s summer palace of Srirangapatna.

In religious sites, Bangalore boasts of the Bull Temple and the Gangadhareshwara Temple. These are historic and popular places of worship in the city. In the southern part of Bangalore lies the Lal Bagh which is a horticulture garden of sorts. It has a diversity of trees and plants as well as the remnants of the old watchtowers. There is a Crystal Palace inside the garden which is a superb glasshouse built in 1889.

Explore the attractions of Bangalore and experience its modernity and heritage through your own eyes this vacation. Book a train ticket today and if the PNR status shows wait listed, you can board a flight to Bangalore, for which you would need to shell out some extra bucks, indeed.

Is It Wise To Ignore A Call From A Collection Agency?