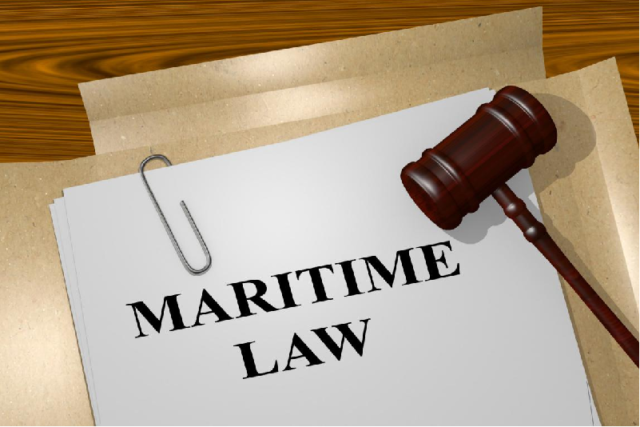 Maritime law, also called marine or admiralty law, is a set of laws and conventions governing all nautical matters including offenses and injuries. These laws are especially relevant to seafarers because 80% of the casualties that occur in navigable waters are caused by recklessness.

The United Nations seeks to unify maritime codes through numerous conventions issued through the International Maritime Organization (IMO). Read on to learn about your rights in any maritime dispute.

Maritime Law Definition and All You Need to Know

Marine law regulates and resolves all legal issues associated with sea commerce, navigation, and the transportation of seafarers and their cargo. Maritime law is under federal jurisdictions. That’s to say marine claims and trials are under the jurisdiction of federal court.

Let’s take a closer look at two of the most popular maritime laws:

Maritime salvage is any act that voluntarily lends assistance to a marine vessel in distress resulting in the rescue of life and cargo. A successful salvor has a legal right to receive reward proportional to the value of the ship and cargo salvaged. In the end, the reward far exceeds the service rendered.

The excess is intentional. It’s meant to encourage future salvors. That said, you’re not entitled to compensation for saving the life of a fellow seafarer.

That’s because the action isn’t considered to be voluntary. All seafarers are obligated to save fellow seafarers in distress.

Seafarers are entitled to receive compensation for their injuries as stipulated in the Jones Act. To get compensation for Jones Act Injuries, the seafarer must prove the accident or injury was caused by unsafe working conditions.

That said, Maritime laws vary from state to state. You need to hire a maritime lawyer who’s familiar with the relevant state laws.

The number of lawyers in the US is projected to increase by about 8% between 2016 and 2026. As the options increase, so does the probability that you’ll make a poor choice. Below are three tips to help you find the best maritime lawyer in your state.

Referrals from friends will land you a good attorney with a broad understanding of maritime laws. That said, recommendations from your friends must never substitute personal research. They should only direct the focus of your research.

Once you have narrowed down your list of potential maritime lawyers, it’s time to review their websites and biographies. Do the attorneys list marine law under their specialties? How many marine cases do they have under their belts? What is their success rate?

After reviewing their credentials, narrow down your list to three potential candidates. Make a call to each lawyer’s office and book an appointment to discuss your case.

Maritime laws and complementary conventions differ from state to state. To get the best out of these laws, hire a local maritime attorney.

In Which Situations Do You Need Help From A Lawyer?

Why Health Insurance on EMI Is A Smart Choice For You

How to Get Money Fast: 3 Ways to Fill Your Wallet

Your Legal Guide to Suing a Nursing Home for Negligence

Can You Run a Business From Home? The Legal Facts You Need to Know