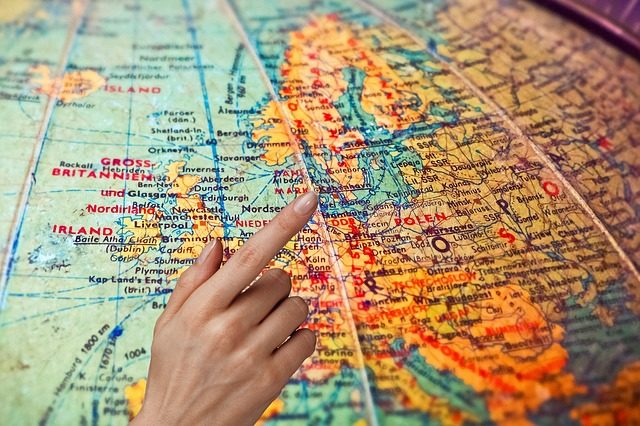 Disclaimer: This post is sponsored by PSECU, a Pennsylvania-based credit union.

Just as people in foreign countries speak different languages, their customs and traditions are as varied as their mother tongues. Most of us prefer not to offend when we travel. Learning the etiquette standards of a region prior to departure greatly impacts the overall enjoyment of your journey.

Whether you’re backpacking across Europe, studying yoga in India or eating your weight in ramen while touring Japan, a little research goes a long way toward making foreign travel more pleasant. Plus, knowing the established customs helps you meet new friends. Keep these etiquette tips in mind when planning your vacation abroad.

1. When You’re Getting Dressed

Keep local custom in mind before you step foot off the plane. When choosing traveling attire, obviously, comfort reigns supreme. That doesn’t need to mean offending the locals.

If traveling to the Middle East, keep your shoulders covered. Bare shoulders and knees, especially if you’re female, are verboten in most nations in the region despite the heat. Most Mediterranean countries such as Greece and Italy have more lax dress codes; however, exercise prudence if visiting a famous Italian cathedral. Formal attire is preferred; casual clothes such as shorts, sandals and tank tops receive frowns.

Planning a trip to the French Riviera? Keep in mind many of the beaches are clothing optional, but this does not mean you need necessarily bare all. Do respect others’ privacy by leaving your phone at the hotel.

2. When You’re Meeting and Greeting

Depending on where you travel, a handshake may not represent the best way of saying hello. Traveling to Japan? It’s preferred to bow and maintain appropriate physical space between you and the other person. Contrast this with travel to many Central and South American nations. In Mexico, greetings of hugs and kisses are common, and Argentinians greet by air kissing each other’s cheeks.

Think “namaste” is the sole province of yoga studios? Not if you travel to India, where the word is a common greeting. Hopping over to nearby Tibet in search of the elusive yeti? Go ahead and stick out your tongue at your host — it’s a common way of greeting in this nation.

3. When You’re Out and About

Avoid giving a thumbs’ up in Italy or Greece to mean, “Okay, got it.” It’s the equivalent of saying, “Hey, up yours, buddy.” Traveling to Africa or the Middle East? The left hand still is considered the hand of the devil, at least figuratively speaking, so southpaws need to make the switch to their right hand at least temporarily. In parts of Asia like Singapore and Japan, beckoning someone with your finger can mean anything from calling them a dog to wishing they’d drop dead — neither a great way to make a positive first impression.

4. When You’re Dining Out

In the U.S., dining out without tipping 15-20 percent (more if the service was stellar) is rude at best, low-key wage theft at worst, as servers live on their tips. But in many other countries, tipping servers for doing their job is considered rude. Abstain from tipping if traveling to China, Japan, Australia, Switzerland or Denmark.

Also, when in France, linger over your meal. Eating on the go and splitting checks is considered gauche. If traveling to Ethiopia, most meals are served communal style, and it’s expected you eat with your hands by tearing off a small piece of injera, or bread, and dipping it into the accompanying dishes.

In the Middle East, it is customary to bring a small gift, such as chocolates, to a meal at someone’s home. Leaving some food on your plate is proper — cleaning your plate offends hosts as it implies you have not eaten enough.

In Japan, go ahead and slurp that Udon soup. And if in China, feel free to let out a hearty burp after eating. It really is considered a compliment to the chef!

Different places of worship vary in dress code requirements. To be safe when visiting holy sites, cover your shoulders and wear long pants or skirts. You may consider wearing an appropriate head covering as well.

If possible, ask questions before attending foreign worship services. Most places of worship welcome visitors who wish to enter and silently observe, but not all. Some places of worship have rules for who may participate in particular parts of the ceremony, so if you’re uncertain, remain seated silently and watch without staring.

7. Other Things to Mind When in Rome (or Anywhere Else)

Covering every potential international faux pas proves impossible, but keep in mind not all American habits are common abroad. For example, in some countries like Japan, wearing shoes indoors is a sign of disrespect. Shoes do contain traces of fecal matter, urine and bacteria out the wazoo, so getting in the habit here at home will keep your own pad more sanitary.

In parts of Ireland, Scotland, Australia and New Zealand, your cabbie or Uber driver will raise their eyebrows if you hop in the backseat. Are you the sort who’s fashionably late? Ditch that habit prior to flying to Germany, where hosts put a premium on timeliness. And avoid blowing your nose in public in the Middle East. Excuse yourself to the restroom to honk your horn.

Above All Be Polite and Apologize If You Err

Sometimes, committing social blunders abroad proves inevitable. Should this occur, simply apologize sincerely and politely, preferably in the native tongue. But by preparing in advance, you can save yourself a world of embarrassment while enjoying the international adventure of a lifetime.

What You Need to Consider for Your Next Road Trip

5 Things to Remember Before You Travel

Tips for Staying Out Late When You’re on Vacation