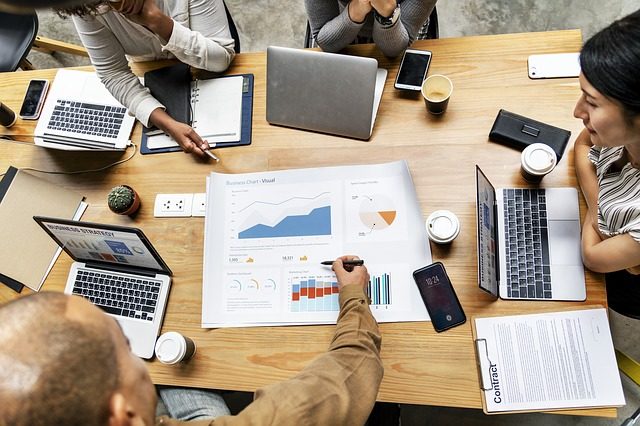 For most folks, this is still a very confounding career path, maybe because it is a seemingly new discipline with a lot of misconception as regards their job description and responsibilities. Or simply because it is baffling to specify the job of a business analyst.

The root of this convolution is deeply rooted in the assigning of job title by  HR managers. For instance, a company might need a business analyst, but the HR manager might decide to allocate the name “business intelligence.”

Now, apart from the usual title mismatch by Employers, the role of business analysts comes with varying tasks and responsibilities of different magnitudes ranging from commercial,  technical, and structural policies to fiscal and productive process flows of a company.

Enough of the jargon, what the above paragraph means is that an analyst’s job in the most basic terms means they help to evaluate the processes of a business, and then implement ways or systems to reduce cost, maximize production and while at it, maximize profit.

I believe it is self-evident why any business or businesses will be more than willing to employ the services of a business analyst. It is to this end and more that we are going to be exploring why this discipline is gaining immense popularity.

Perhaps one of the most intriguing things about a B-analyst is that they have one job title but also have an unlimited amount of responsibilities depending on the organization and its corresponding structure.

Every company has its system or organizational structure, so when an analyst is employed, it is the job of that analyst first to understand and evaluate the structure of that company and know where he or she fits in.

In most cases, when a B-analyst finds their role within a business, it usually involves a wide range of tasks and duties across the entirety of the whole business process, from the sourcing of raw materials to the production and distribution of finished goods—that is, assuming it is a production company.

There is no doubt that money is a robust motivating factor when it comes to deciding a career path. Well, it will interest you to know that business analysts are not left out in terms of high-income. According to “pay-scale,” an average analyst earns between the range of $75,000  to $120,000 and the top 10% makes upwards of $150,000.

There are very few job titles out there with such robust rewards attached to them. I mean…..! take a minute and think about it—If you were a business owner—won’t you be willing to pay top dollar to someone who can help boost and maximize your business potential? I think we both know the answer to that.

A New task Each New Day

I don’t know about you, but I’m definitely not the type of person that likes to do the same thing every day over and over again, and I’m optimistic that a lot of people out there share that view.

Humans are not robots or machines that are programmed to repeat a task time after time but are rather beings with a significant amount of consciousness and conscientiousness. If humans beings are made to work continuously like a robot, the results could be devastating.

It is no wonder that suicide is the leading cause of death for women between the ages of 14 and 33 in Japan. The same thing goes for their men,

it is still the leading cause of death for men between the ages of 19 and 45.

According to research, depression was the main factor that led people in Japan into committing suicide. And research has shown that doing a monotonic job or a job you hate is one of—if not the major —driving factor for depression.

But as a business analyst, you look forward to each day of work, because every day comes with new sets of challenges and duties, thereby keeping you proactive and creative—after all, your job is looking for innovative ways of solving business problems.

We already established that B-analysts at the core of their job is always helping a company to find solutions. To a layman, that might be something simple and doesn’t deserve an accolade. But let’s assume you a B-analyst can help a colleague who has been struggling at a task for far too long in providing a more comfortable and desirable solution to that task…! Not only will that person feel indebted and grateful to you, but you also get some form of fulfillment from it.

The role of a business analyst is one I like to call the perfect magician…! Look at it this way. You come into an organization, analyze and scrutinize their processes, find the pain points of the business. Then go back to the drawing board to deduce, as well as implement viable solutions—And here is the golden nugget—you can achieve all these things mentioned above while being financially stable, having professional growth and some form of personal reward. What more can you ask for in a career?????

Successfully Navigating your Company through a Merger or Acquisition