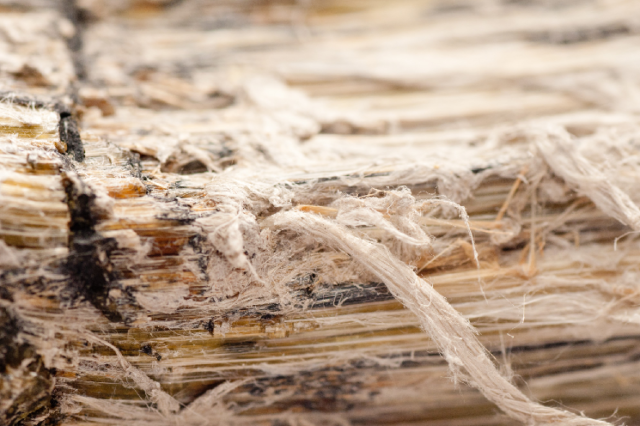 From car brakes to shingles and roofing, asbestos was once known as the world’s most resilient and durable material.

Over time, this unique mineral has been found to cause a myriad of health problems, many of them deadly.

As a consumer, it’s important to know where is asbestos found, and what kind of impact it can have on your life. In order to learn more about this mineral, you need to know about its history and use in the modern world.

The Origins of Asbestos

Asbestos is a combination of minerals that have fibrous crystals and is naturally-occurring in the earth. This mineral comes in many colors including green, blue, red, yellow, and white.

You can find asbestos all over the world, and researchers have discovered that it was once used as candle wicks by people living in the Stone Age around 4000 B.C. Even the Egyptians used asbestos to wrap their dead before burial, believing that it would keep their spirits protected.

There has even been evidence of asbestos used to create clay pots in Finland around 2500 B.C. Because of its extremely strong nature, scientists theorize that asbestos was added to many items in order to give them more durability.

While the actual first instance of asbestos being used by humans has never been verified, there’s plenty of evidence that it has played a role in human culture for thousands of years.

Using Asbestos in the Modern World

Because it is so strong and fire-resistant, it’s no surprise that asbestos became an important part of building structures. Asbestos is resistant to chemicals, heat, water, and even electricity.

These unique properties made it a popular insulator for the steam engine, boilers, and other machinery that were an integral part of the Industrial Revolution. Since asbestos was clearly a commodity, asbestos mines began to spring up all over the world.

As time progressed, so did the use of asbestos. Some examples of how it was used include:

With so many applications, it’s no surprise that this mysterious mineral had taken on new uses in spades. Over time, however, it would be discovered that asbestos had some serious and often deadly consequences.

Where is Asbestos Found

Asbestos in its natural form can be found in almost every country in the world, including the United States. It is a common mineral that appears to look like some form of stone or rock.

Asbestos can also be found in soil, but it’s most frequently discovered in mountainous areas. But the real threat of asbestos comes from where it can be found in the home or workplace.

Many shipyards have used asbestos for a variety of applications. This creates a health threat for workers. Some states including California, Virginia, and New York are prone to dealing with higher numbers of asbestos-related illnesses.

Other places where this mineral is found include factories and industrial environments. States like Michigan and Ohio may see larger amounts of asbestos health issues due to the high number of manufacturing plants located there.

When it comes to the home, you may discover asbestos in some forms of ceiling and floor tiles, roofing, and siding. It’s also fairly common in auto repair shops where vehicles use asbestos in brake pads.

What are Some Problems with Asbestos?

Once thought as the world’s best natural material, today, asbestos is banned in many countries. This mineral can cause serious health problems to people who have worked or lived near it.

When asbestos is disturbed, it releases tiny fibers into the air. When the air is breathed in, the fibers can get into your lungs. Over time, the body recognizes the asbestos fibers as a foreign material, and serious health problems can develop.

Some of the most common health issues as a result of asbestos include lung cancer and mesothelioma, both of which can be deadly. Until the mid to late 1970s, the demand for asbestos was quite high.

Fortunately, during this decade, people began to make the connection between inhaling asbestos and deadly diseases. By 2003, full or partial bans of the mineral were enforced in 17 countries.

Breathing clean air is paramount to a healthy life, and sadly, asbestos created a myriad of serious problems for workers.

Sadly, it was too late for many who had already succumbed to the deadly properties of asbestos. Lawsuits began to take hold, and many workers were suing their former employers due to the use of the mineral and their failure to alert employees or eradicate it completely.

If you or a loved one has been exposed to asbestos, it’s important to learn more about how it can affect your health and well-being. People who have worked with or near asbestos may be eligible for a financial settlement.

Although seemingly innocent, asbestos has affected thousands of lives. This versatile mineral was once a popular choice for a wide range of industries. Its prevalence has diminished after the news of serious health threats.

It’s important that people know where is asbestos found so they can be aware of the potential risks and stay protected.

For more on health and wellness, lifestyle, technology, and more, be sure to visit our website.