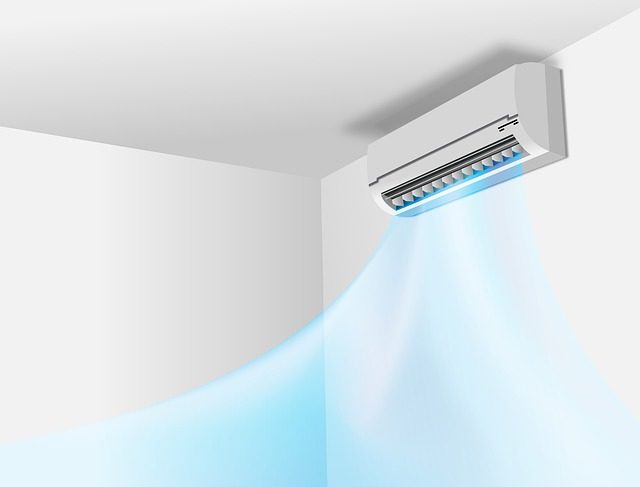 From a user-level point of view, we are going to see how an industrial air conditioner works, without going into technicalities, so that anyone who reads this article will understand.

To understand how an air conditioner works, we will start by explaining its operation from the outdoor unit.

The outdoor unit is where the motor or compressor is in charge of, as its name suggests, compressing the gas. As the gas is compressed, it becomes a liquid state and its temperature increases.

It is then driven to the condenser, which is the “radiator” in the outer machine. If you have air conditioning you will be able to observe what is explained and you will see how in its operation it expels hot air. Well, once the condenser is reached, what is done is to steal heat from it and this process is called sub-cooling .

By stealing heat, the gas begins to turn into a gaseous state (although not completely), a mixture of liquid and gaseous gas would go to the expansion valve. The expansion valve produces a loss of charge in the refrigerant, causing a drop in pressure and gas temperature. This process is the same as when we use a spray deodorant.

We have a liquid gas and when pressing the spay it sprays and comes out cold.

Once we have lowered the pressure and the temperature of the gas, it goes to the evaporator, which is the indoor unit of our air conditioning, there what is done is to heat the gas and this process is called super heating .

This is how we manage to cool the room at home, since the gas has a lower temperature than the air in the room. The air passes through the evaporator cooling down, thus we are able to cool the room in which we find ourselves due to the fact that it gives up the heat to the refrigerant gas.

Then that heat that we have stolen from the room, through the gas, is absorbed by the compressor, which in turn serves to cool it since the gas that returns to it is still cold.

After this, the process is repeated over and over again until the room reaches the temperature that we are asking for our air conditioning, once the desired temperature is reached, the thermostat will make the machine stop until it starts again. raise the temperature again.

It is a very common mistake to think that when we put the air conditioning at 16ºC it will throw us that temperature. The air conditioning always sets the same temperature, (and this round is always around 9-12ºC less than the ambient temperature) it does not matter if it is set to 16 or 26ºC, the only thing that happens is what we have just explained, and that is the machine will stop at the desired temperature.

For the machine to stop at the temperature we want, it is necessary that it has a thermostatic probe that tells it what temperature the room is at and this is in the air return that is located in the place where the filters are.

If you remove the filters you will see that there is a kind of little device with a cable, well, that is the thermostatic probe that tells our device at the temperature of the room.

And this would be an explanation at the user level so that everyone who wants to know how an air conditioner works has knowledge of it. Then it must be taken into account that there are many more factors that affect its operation, such as the temperatures of the refrigerant gas in each area of ​​the circuit, the thermal jumps, etc, but if I explained it that way it would no longer be a explanation at the user level, it would be more at a technical level and not everyone would understand it.

The operation of the air conditioning is somewhat complex, although it may not seem like it, since both physical and chemical changes occur in it.

Apartment Bugs and Critters: A Guide to Living Pest-Free in a Rental

What Are the Best Floor Tile Options for a Contemporary Bathroom?

Why Upholstery Fabric Will Change Your Life?

What Type Of Air Conditioning Should You Purchase?

Why Do You Need Strata Management Services?