Ever since its invention, cuckoo clocks have always been a great interest to a lot of people; it is more than a thing that keeps time. They are often known for their novelty value.

Over time along the history lane, cuckoos’ popularity dwindled as they were dismissed as dusty kitsch and grandmother-old-fashioned decor among young Germans and true to that fact, my grandmother had a cuckoo clock hanging in the hallway. So, whether on the wall of a Grandparents’ home or at local clock shop, more and more Germans now understand the real value of traditional craftsmanship, restoring the cuckoo clocks former glory.

Through legend and lore, fact and fiction, there is still speculation as to the original origin or inventor of the cuckoo clock, but combining researches have put together a popular tale. This is one of the most common stereotypes when considering Germany as beer, Lederhosen, and Sauerkraut. 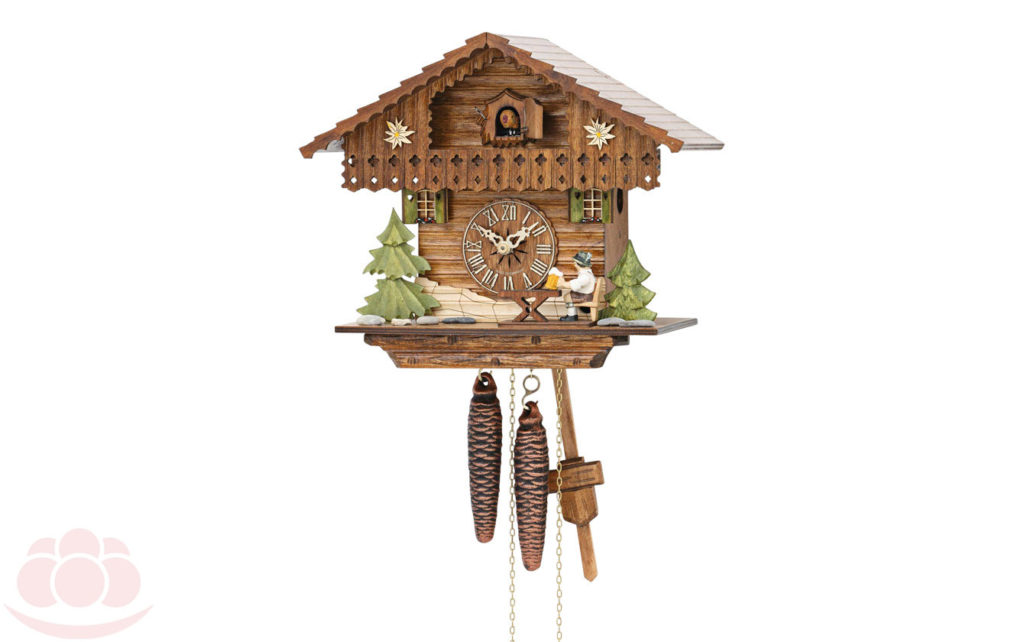 Most people in the world consider antique cuckoo clocks as the embodiment of Germany but do not know the actual home of the cuckoo clock. The cuckoos originated from a tiny part of the country (mountain range, second only to the Alps in Germany, located in the very southwest of the country close to its borders with France and Switzerland) and have gained world fame making the remote and unbelievably beautiful region “The Black Forest” famous.

The Black Forest attracts thousands of tourists every year. People come from every walk of life enjoy and discover the magic of the picture-book landscape with its green pastures, high mountains and winding narrow streets. While many visitors explore the rich culture of the Black Forest enjoying the famous Black Forest cake, participate in the traditional Fasnecht carnival or explore the Black Forest for one of the many museums and culture, others with more adventurous outdoor life can find this place suitable for other fun-filled activities such as skiing, hiking and mountain biking. 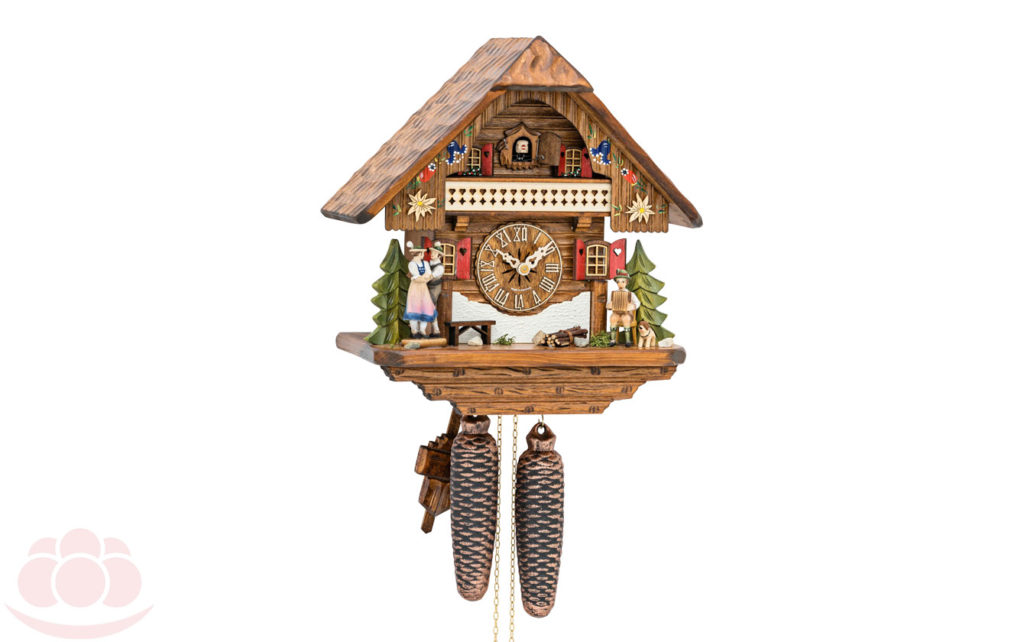 However, while the Black Forest is gaining more popularity as the destination for vacations, it looks a lot darker with a time travel of 400 years. Phenomenally, the woods are so dense and impenetrable that, looking at the peaks from a distance, they look dark. It gave the region a name that prevented people from living there in large numbers until the Middle Ages. Life was hard in the Black Forest as farmers led a wretched life with the timber trade and cattle for dairy products. During the long, dark winters they had to find an indoor profession. Since wood was the only raw material in abundance, it is not surprising that many traditional Black Forest businesses center around timber and its by-products such as wood carving, instrument making, and glass blowing.

Logically, the cuckoo clock must have been invented in one of those cold winters. While the Black Forest has long been considered the birthplace of the cuckoo clock, no one knows the exact date, year or place. Never the less, the origin usually lies at the end of the 16th century. The travelers’ tales sometimes refer to clocks that use the sound of a cuckoo (produced by a small pipe organ) to announce the full hour in the early 17th century. They were considered unusual objects, even exotic. One of the antique cuckoo clocks was found in the 1619 treasury of the Saxon Kurfürstenhof. But it was not until the early 18th century that cuckoo making became a reputable art in the Black Forest. From these humble beginnings, iconic clocks grew favorite and more popular in and outside the Black Forest region. In the 19th century, watchmaking turned out to be one of the primary sources of income in the area and declined only after the Second World War. But with the popularity of the Black Forest and its traditions, the demand for cuckoo clocks increases accordingly. 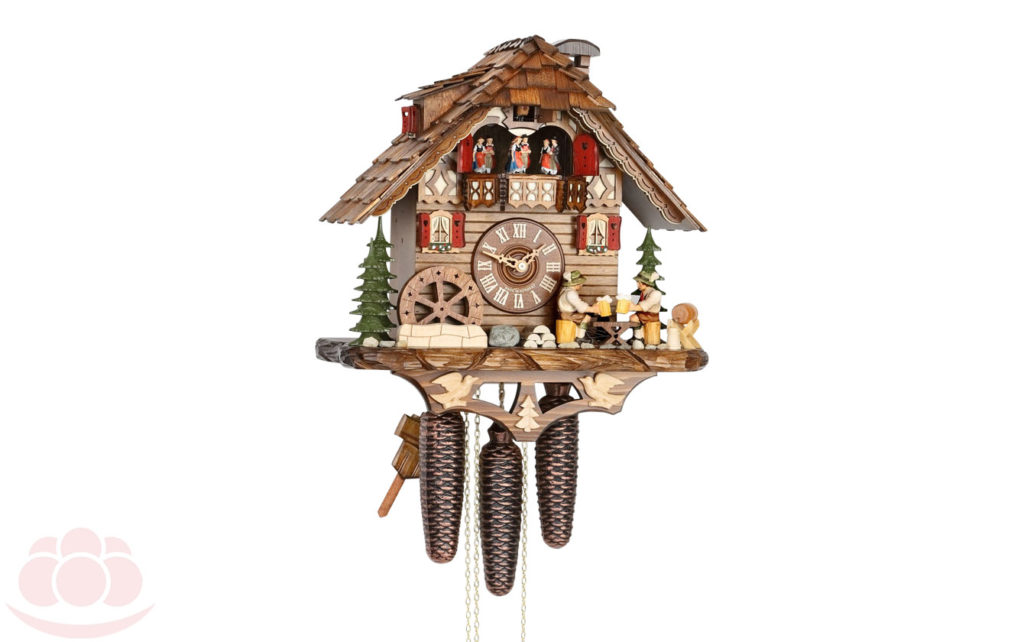 For 200 years, skilled artisans have been producing these unique clocks, and these are mostly small family businesses, many of which have been passed down from generation to generation. For instance, Helmut Kammerer founded the watch factory Hekas Cuckoo in 1938; now the third generation leads the small business with 16 highly specialized employees.

An original cuckoo clock is made entirely by hand. From the carved shelf, which often reflects the traditional Black Forest farms, to the intricate mechanism of the clock inside, every detail demands the hand of an experienced craftsman. Woodcarvers and watchmakers have to work hand in hand to achieve the desired result. Of course, some manufacturers use the use of prefabricated parts, which are generally imported to speed up the production process to modern standards but it is still tough to replace an authentic antique with such production. An utterly handmade cuckoo clock even takes about a week, which is done by different workers, as it were in the 18th century. Many manufacturers experiment with the models. The traditional clock case with ornaments such as birds, woods, and leaves is, of course, a classic, but you’ll also find futuristic and crazy designs in bright colors or much-reduced styles but with essential cuckoo clock features.

What happened to my grandmother’s cuckoo clock? When the grandmother left this world, the clock moved to my aunt’s house, where the cuckoo sings happily every hour.

Living on the edge of the Blackforest I am captivated by its intriguing beauty and deeply rooted traditions. It is our goal at Blackforestandbeyond LTD to preserve the traditional craftsmanship of the Black Forest and beyond. That’s why we work closely with the Hekas family workshop in Schonach and offer exclusive cuckoo clocks in our online shop.

Discover the collection of our best cuckoo clocks here.

Types of Tattoo Machines and their Differences

Key Factors To Consider When Investing In A Water Filtration System

How To Pick The Best Rain Umbrellas From A Store

Best Socks: Check out the Types and Their Importance