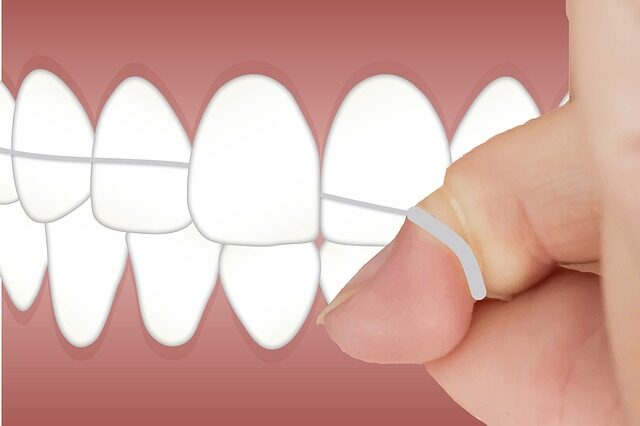 Most people perceive flossing as a nightmare. When they imagine serious bleeding after using dental floss, they refrain from doing it. But it’s part of oral care and hygiene that we should practice to keep our teeth in good shape.

Now, should we keep on flossing even if our gums bleed? Is it normal? For one, it’s essential to use a dental floss frequently to get to the areas of your teeth that your toothbrush can’t reach. However, if you bleed during or after every floss, it’s not normal.

While most people think flossing is the culprit, noticing blood when you brush or floss your teeth indicates that something isn’t right. If indeed, you’re not aggressive when doing it, it’s a clear indication that your gums have some problem that needs to be corrected immediately.

What Would Cause Your Gums to Bleed?

Healthy gums should neither bleed nor be sensitive. Bleeding is, therefore, a clear indication of an underlying dental issue. In most cases, the bleeding is due to inflammation caused by bacterial piling up around your teeth and into your gums. It’s something you shouldn’t take lightly.

Otherwise known as gingivitis, bleeding gums can lead to more serious issues like loss of teeth. Depending on the type of bacteria attacking the area, gingivitis can manifest itself in a mild or very acute form. The good thing is that the condition is reversible. Even then, it would help if you acted promptly to prevent it from getting worse. As soon as you notice blood after brushing or flossing, please go for a dental check-up.

Prevention is Better Than Cure

We don’t like pain or even being frequent at the hospital to treat things we would have avoided. You can prevent gingivitis through proper oral hygiene. It’s essential to brush your teeth twice a day or, if possible, after every meal to prevent plaque build-up.

If plaque isn’t removed above and below the gum line for some time, it hardens and turns into tartar, leading to inflammation of the gum. In the end, the bacteria may also destroy the teeth, causing them to fall.

It’s worth noting that regular flossing and brushing may not remove all the dirt from your teeth. For this reason, you should get your teeth cleaned by a professional to keep them healthy. It could be after three or six months, depending on your preference.

Why You Should Floss Regularly

If you’ve not been flossing because you don’t want your gums to bleed, you’re doing yourself more harm than good. The dental floss is as important as your toothbrush, and it’s a must-have to make your oral hygiene complete. Although your teeth may feel smooth and clean after every brushing, the truth is, the bristles of the brush don’t reach all the areas of your teeth.

The floss gets in between the teeth and removes the food particles trapped therein. If you’re new to flossing, you may experience a little bleeding, but this should all go away sooner than later. The gum tissue between the teeth may feel sore at the start. With time, however, it becomes more resilient, and the bleeding goes away.

You cannot have a warm smile without healthy teeth. It’s, therefore, your responsibility to brush and floss correctly to avoid problems such as gingivitis. It’d also help if you cut down on your sugar intake as sugar is a known enemy to your smile.

How to Buy Hair Vitamins Safely Online for Beginners

Can Stress Cause Hair Loss? 5 Treatment Methods That Work

5 Common Causes of Neck and Back Pain